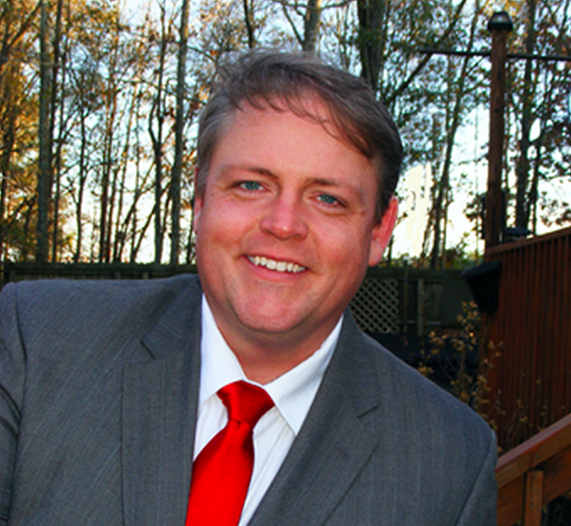 Do you like a true underdog story? Who doesn’t, right? Well, when it comes to being an activist, you will actually understand what Ralph Macchio felt like in the Karate Kid. The odds are stacked against you at every intersection it seems.

You find yourself constantly going up against something that is bigger than anything that you have ever faced before, but because of your strong convictions you keep pushing forward. In all honesty, you are never alone. You would be surprised at how many people feel the same as you. I know I was shocked to find support with people that I never thought would step out and move to change the system.

You see, I am part of a group of activist that started after we were told to, "start our own party"' if we didn’t like the way our local Republican Party was doing things. Now, I will say that for some of us it was the ultimate slap in the face while others it was seen as a challenge.

Did we start "our own party," you ask? Well, not exactly, we began something that has ended up becoming bigger and more able to affect change in our local government than any of a small group of people ever imagined. What follows a first-hand account of what local activists can accomplish with a little hard work and passion for making a difference in their community.

So a handful of folks in Newton County, Georgia, a small suburb of Atlanta, had been told that their concerns weren’t needed and when questioning their local party were attacked by their own party as rabble-rousers. This left many in our small group feeling dejected and down in the mouth. After licking our wounds, and having one meeting at a local restaurant in town, we decided to start an organic group that would share our concerns with others by having meetings once a month to discuss local and state issues.

We called our group the Newton Conservative Liberty Alliance (NCLA). We established that we were a taxpayer advocacy group that would help to protect those in our community to make sure that their tax dollars were being spent wisely. There were less than ten of us at this initial meeting, but we felt like something had to be done in our county, or we would lose our community.

Within a couple of months following our initial meetings, attending local government meetings and making contact with concerned citizens, we were legit. The local paper was advertising our meetings and began reaching out to us as a source on many topics in our small town.

The next thing you know our county commission decided to raise our property taxes due to overspending on their part. This event is where we became a political force on issues our community. You see, we did something that few others, including our elected officials, had ever done we published the counties budget on our groups Facebook page. Some elected officials were not very happy that we had the nerve to do such a thing. They said that we "didn’t understand how politics really worked" and that we should be more reasonable.

By this time, our numbers had grown to over 100 people that were engaging us through social media. We were ecstatic that we had the attention of this many people. During our time examining the counties budget we noticed that our county had for many years spent exorbitant amounts of money on legal services. We began to ask questions during citizens comments at the Board of Commissioners meeting, but alas none of our representatives had suitable answers.

In 2014, we began to shine a ray of light on these expenses and wouldn’t you know that the Board once again appointed the same attorney that had been collecting these fees for 37 years! We grew yet again and this time we noticed that many that were showing up at our meetings had felt like they were alone in being concerned about these expenditures for legal counsel. It even shocked us that others had questioned whether this was fair to the taxpayers in our county. These people were all races, political backgrounds, and some had never even been interested in local politics because it seemed useless. Many said that they felt like they were alone and now they felt emboldened because of our group. There truly is strength in numbers.

Now up to this point we had not won one single policy battle, but the feeling was that this group offered a place for people to do something rather than nothing. We may not have won yet, but were we about to have the opportunity. Our local government had been working on a “plan” to ensure our county wouldn’t experience urban sprawl again as it had observed in the late 1990s. This plan was an absolute assault on property rights, and we began reaching out to everyone we knew to call every elected official to shut down this “plan.” Let me tell you it worked! The “plan” was voted down, and now our cities and county are trying to work together to make a new plan that will be good for everyone.

That brings us to 2015. This January we were ready to take on these legal fees once again, and to our surprise we grew yet again! This time we had over a dedicated following of concerned residents on Facebook and the attention of reporters writing about our activities in the local papers. I would be lying if I told you that ever anticipated anything like this when we started. It was January, and there was a cry from the citizenry for our county to get spending under control, starting with legal. Once again, our officials didn’t listen, but I have a feeling they are regretting that decision now.

Because of all the noise we made, we had gotten the attention of someone that knew an investigative reporter in Atlanta. This person reached out to our little group and said that this reporter wanted to talk to us, and other community leaders, about our findings. Here’s the story from Atlanta-based 11 Alive:

Remember how I talked about how Ralph Macchio felt in the Karate Kid? You see he was an underdog, just like we were when we started our group. After seeing an investigative reporter come after those who are elected to represent the taxpayers, I can now imagine how Daniel must have felt after winning the karate tournament, but we have keep building on our efforts. I promise if you feel the way we did about our government, you can make a difference. All it takes is a little bit of time and effort until you find that group of people that feel like you do. Then, the fun really starts.