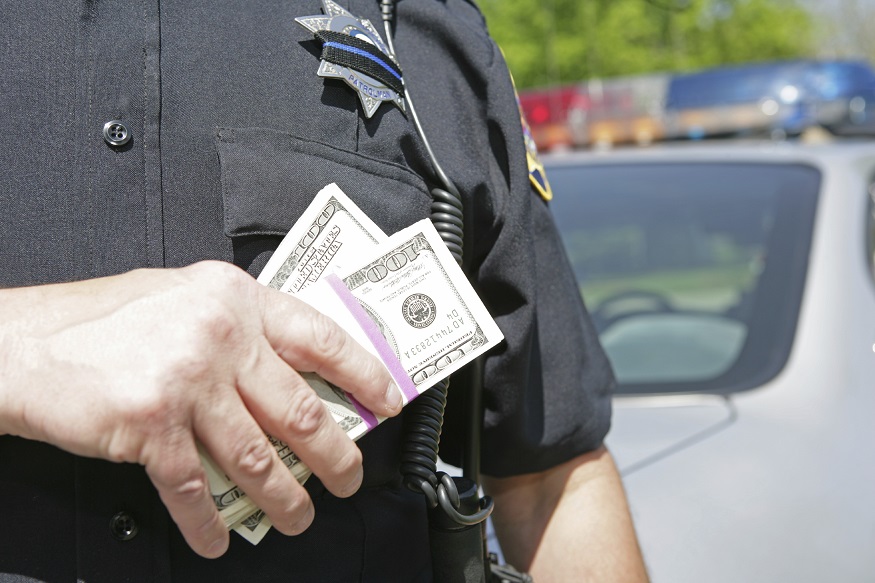 Though he didn't find any drugs or contraband during the search of Paine's vehicle, the deputy did stumble upon $11,000 in cash in a lockbox, which he subsequently seized through civil asset forfeiture. Obviously, Paine objected to the seizure, but the deputy threatened that if he protested the seizure of his money, his vehicle would be impounded, which would have left him stranded in the desert. Paine was not arrested and charged with a crime, though he was given a warning for speeding, but his money was taken without any cause or evidence.

Without question, local aw enforcement provides the public with a valuable, honorable service. But illegal searches and seizures under civil asset forfeiture laws have become an all too common practice. The Institute for Justice, a libertarian public interest firm, calls this "policing for profit." Many law enforcement agencies items seized under civil asset forfeiture to fund their operations.

Unlike many who have had similar experiences with the Humboldt County Sheriff's Department, Paine decided to fight back. He hired an attorney, John Ohlson, and filed a class action lawsuit against the northern Nevada county. He argued that the search and seizure violated his Fourth Amendment rights.

The lawsuit helped expose eyebrow-rasing abuses of civil asset forfeiture by Humboldt County. In one instance, the same deputy involved in Paine's incident asked a motorist who he'd pulled over on I-80 was pretty blunt about his intention. "How much money you guy?" the deputy asked. After finding money in the driver's possession, he asked, "That's not yours, is it?" The driver acknowledged that the money was his, to which the deputy said, "Well, I'm seizing it."

Other examples show a similar pattern of behavior. In fact, forfeitures in Humboldt County have increased at an alarming rate. In April 2014, the Reno Gazette-Journal reported that "[t]wenty forfeiture cases — more than the previous four years combined — have been filed by the Humboldt County District Attorney's Office since March 14."

Paine's lawsuit has yielded a positive result that, one would hope, ends Humboldt County's abuse of civil asset forfeiture. Earlier this month, he reached a settlement with the sheriff's department under which he'll get back the $11,000 wrongly taken from him, with interest, and his attorney's fee will be paid by the county. The settlement also requires the sheriff's department to contact at least 20 other people whose money was unlawfully taken to let them know that they may be able to get it back.

This is, of course, just a small victory. Most states, including Nevada, still allow law enforcement agencies to, essentially, steal innocent people's stuff under civil asset forfeiture laws and keep the proceeds for themselves. Moreover, state and local law enforcement agencies, even in states that have curtailed this practice, can still coordinate with federal agencies to seize assets under specious circumstances.

Not only are state-level reforms needed to rein in these abuses, but Congress can and should act on meaningful legislation, like the FAIR Act, to disincentivize law enforcement agencies at all levels of government from ignoring innocent Americans' rights.