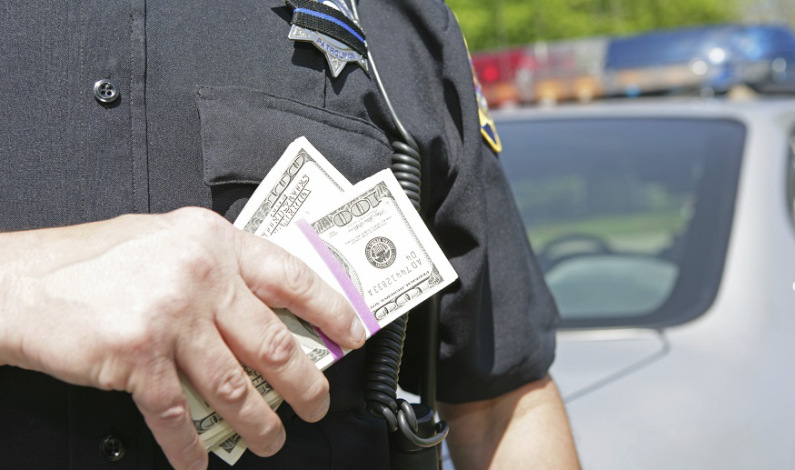 In August 2013, Rhonda Cox let her son, Chris, borrow her truck. While in the parking lot of a store, Pinal County Sheriff’s Department deputies connected the truck's hood and bed cover with a reported theft. Deputies arrested Cox's son and seized the truck because it was connected to the alleged crime.

Rhonda arrived at the scene and asked a deputy when she would receive her truck back. Even though she was an innocent owner, she was told she would never get her property back. Unlike criminal proceedings, where a defendant is appointed an attorney if they cannot afford one, Rhonda was left to fight the forfeiture in civil court on her own. She had to pay a $304 filing fee just to contest the forfeiture, in proceedings where the burden of proof fell on her. The legal hurdles and intimidation proved to be insurmountable.

"With the help of Defendant [Pinal County Attorney Lando] Voyles’s deputy, Defendant [Deputy Craig] Cameron, the Sheriff’s department, despite knowing that the Truck belonged to Rhonda and despite knowing that she had absolutely nothing to do with the theft, initiated proceedings against the Truck under the Forfeiture Laws seeking to forfeit the Truck," the lawsuit explains. "Rhonda, unable to afford a lawyer, tried to fight the seizure on her own through a series of phone calls, emails, and filings in court. Eventually, threatened by Defendant Cameron with having to pay the State’s attorneys’ fees if she lost her fight for the Truck, she gave up."

According to the recent FreedomWorks publication, Civil Asset Forfeiture: Grading the States, Arizona earned a "D-" for its onerous civil asset forfeiture laws. As noted, the burden of proof falls on the property owner, who, like Rhonda Cox, may be innocent, and the government may forfeiture property based on a very low standard of proof. A perverse profit motive exists, as law enforcement can keep up to 100 percent of forfeiture proceeds.

Civil asset forfeiture has been a lucrative business for state and local law enforcement in Arizona. "According to the most recent Forfeiture Monies Report compiled and submitted by the Arizona Criminal Justice Commission as of the date of this filing," the lawsuit notes, "the Attorney General Master Account held $16,653,523; the Attorney General Individual Account held $15,423,990; the County Attorney Master/Pooled Account held $43,233,148; and Local Agencies held $9,508,052." Additionally, state and local law enforcement in Arizona have spent more than $57 million in federal Equitable Sharing payments from forfeitures through federal law since 2008.

The ACLU's lawsuit argues that Arizona's civil asset forfeiture laws are unconstitutional because of the profit motive and the violation of Cox's due process rights under the Fifth and Fourteenth Amendments. The lawsuit also argues that the $304 filing fee to contest the forfeiture is a violation of her First Amendment rights.

Regardless of the result of the lawsuit, Arizona legislators must take a serious look at reforming the state's civil asset forfeiture laws. The burden of proof should always -- absolutely always -- fall on the government. Additionally, as New Mexico has done, a criminal conviction should be required before the government can forfeit property, though, at the very least, the standard of proof should be raised to "clear and convincing evidence." Lawmakers should also end the perverse profit motive that is often behind the seizure of law-abiding citizens’ property.