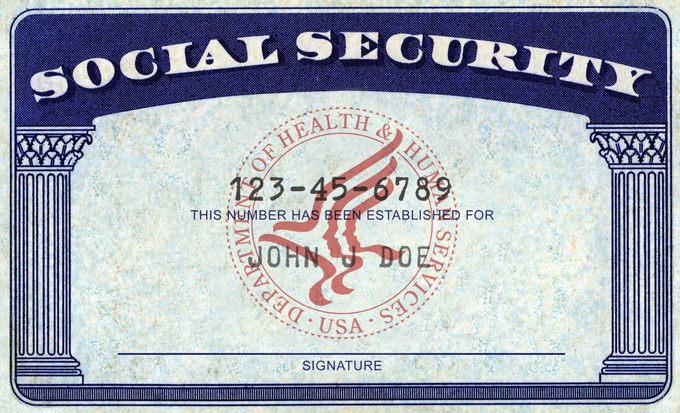 A number of congressional Democrats have signed a letter to President Barack Obama urging him to consider expansion of Social Security, the 80-year-old program designed to provide retirement benefits to Americans. The letter was sent on Monday for the White House Conference on Aging, a once-in-a-decade meeting where at attendees analyze and discuss various policy proposals for seniors and make recommendations.

The letter was spearheaded by Rep. John Conyers (D-Mich.) and Sen. Bernie Sanders (I-Vt.), who caucuses with Senate Democrats. Signers are a "who's who" of leftist members from both chambers, including Sens. Elizabeth Warren (D-Mass.) and Sherrod Brown (D-Ohio) and Reps. Elijah Cummings (D-Md.), Janice Schakowsky (D-Ill.), and Keith Ellison (D-Minn.).

"We write today to request your help in ensuring that Americans continue to have sufficient resources to maintain their standard of living in old age. As employers continue moving from a defined benefit model to a defined contribution model of retirement savings, it is critical that we fight to protect and expand Social Security -- the only guaranteed source of income in retirement," the letter states. Signers point to bipartisan support for increasing Social Security in September 2014. Though not noted in the letter, the poll referenced was conducted by leftist groups, Social Security Works and the Center for Community Change.

"Given the state of popular opinion and the impending retirement savings crisis facing this nation," the letter adds, "we respectfully urge you to include proposals to expand Social Security benefits for millions of Americans to your policy brief at the upcoming Conference."

Social Security has long been a program Democrats sought to protect, while at the same time ignoring very real funding problems with the program. The 2014 Annual Report of the Board of Trustees of the Federal Old-Age and Survivors Insurance and Federal Disability Insurance Trust Funds explained that Social Security's ran a deficit of $71 billion in FY 2013 and the unfunded liability increased by $1.1 trillion to $13.4 trillion in perpetuity, according to the Heritage Foundation's analysis of the report. Social Security is expected to remain solvent through 2033, at which point benefits paid out to retirees will reflect only the amount of FICA taxes collected by the federal government to fund the program.

The Democrats who signed the letter would, undoubtedly, propose significant, economic growth-stifling tax hikes to fund the expansion of Social Security they so desire. One of the favorite targets of the left is the cap on taxable wages. Currently, only the first $118,500 of earnings are subject to the FICA tax.

While those who want to expand Social Security would have the American public believe that higher income earners are skirting FICA taxes, the reality is that the vast majority of wages are subject to the tax. In December 2013, writing at The New York Times, Andrew Biggs, a resident scholar at the American Enterprise Institute, noted that "about 84 percent of all wages are taxed, almost precisely the average since 1935."

Raising or eliminating the wage cap may create a minor revenue increase, but it is a patch fix. "Eliminating the tax max effectively raises the top tax rate by around 12 percentage points. And that’s before we’ve done anything to fix Medicare and Medicaid," Biggs explained. "Moreover, liberal economists Emmanuel Saez and Jeffrey Liebman concluded that, because of income shifting and behavioral responses, net collections from eliminating the cap would be less than 60 percent of what static projections claim."

"Even at that level of revenue, eliminating the tax cap would lead to large near-term Social Security surpluses – which would be spent rather than saved – while doing far less to boost the system’s long-term prospects," he added.

While the overall picture may have changed since 2005, when Michael Tanner, a senior fellow at the Cato Institute, wrote Keep the Cap: Why a Tax Increase Will Not Save Social Security, he concluded that the government-run retirement program "would gain only an additional seven years of cash-flow solvency" if the wage cap were eliminated.

In November 2013, when then-Sen. Tom Harkin (D-Iowa) and Rep. Linda Sanchez (D-Calif.) rolled out the Strengthening Social Security Act, which would have expanded the program financed by the elimination of the wage cap, the Washington Post's editorial board panned the idea. "[E]ven the rich have finite resources," the Post's editorial board explained, "government can only go to that well so many times."

While the Post lauded Social Security, its editorial board did acknowledge the fiscal woes facing the program while urging leftists to live in the realm of reality. "The fiscal predicament facing the U.S. government is a double one: how to bring taxes and spending into rough long-term balance while ending the squeeze on non-entitlement spending enshrined in current law," the editorial board wrote. "It’s not an easy task. It won’t get any easier if progressives define progressivism as opposition to budgetary realism."

Social Security is the "precious" for Democrats. To this point, they have been successful in preventing any meaningful reforms that would make the program sustainable, as well as allowing younger Americans -- the next generation of retiring workers -- to have any decision when it comes to their retirement dollars. But absent substantive reforms that encourage economic growth, rather than stifle growth through heavy tax increases and more government spending, the program will contribute to mounting debt that could send the United States' economy into a downward spiral over the next few decades.