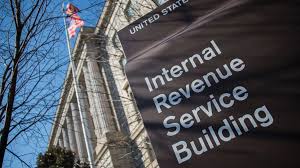 H.R. 5053 would stop the IRS from turning nonprofit donors into political targets.

This legislation would stop the IRS’ selective leaking of donor information, often used to subject contributors and right-leaning organizations harassment.

H.R. 5053 is an important step in protecting the speech and privacy rights of all Americans, yet, the bill is plagued by its opponent's spread of misinformation. Here are the three biggest misconceptions about this legislation:

MYTH #1: H.R. 5053 would open the door for secret foreign money to be illegally laundered into federal elections.

Perhaps the most widely-held opposition to the bill, this is a misconception that disregards practical and legal applicability. The dropping of Schedule B disclosure requirements would not change preexisting laws, nor is it useful for tax enforcement.

There is no ban on foreign contributions to tax-exempt outfits; the Clinton Foundation serves as a perfect example.

If foreign money is being used to influence U.S. elections, audits can still be conducted. In this situation, an audit is the obviously appropriate course of action.

In the case of actual illegal behavior, IRS disclosure requirements are often ineffective as a preventative measure. Criminals, already attempting to circumvent election laws, are not going to divulge illegal donations on tax returns in order to abide by disclosure codes.

MYTH #2: This bill prevents the IRS from acting as a watchdog and combating corruption.

In one of the largest leaks of donor information, the website of the California Attorney General “inadvertently” published a 116-page list [pdf] containing the names of individual contributors and of the non-profit organizations.

This “inadvertent” release of sensitive tax documents was also inadvertently a felony. In NAACP v. Alabama, the Supreme Court ruled that nonprofit organizations have the right to keep their donor lists private. Violations of this right are punishable by up to five years in federal prison.

Rest assured, the IRS leaker is not sitting behind bars. Time and time again, Commissioner Koskinen and his bureaucracy of corruption have escaped the grasp of our criminal justice system.

This time, the perpetrator used the exact same law that was violated in order to escape prosecution: Section 6103 of the Internal Revenue code, the same code that makes it illegal to leak donor information, has been interpreted as prohibiting publication of the details of the resulting investigation of the leaker.

Unsurprisingly, details of the internal investigation were not “inadvertantly” posted to the webpage of the Attorney General.

MYTH #3: H.R. 5053 is an attempt to stop the IRS from acting as a watchdog and combating tax-exempt “dark money.”

This myth is being used to attract a great deal of media attention. According to the media, whenever information is not reported to the IRS, there must be “dark money” involved. And, wherever there is “dark money”, the vast right-wing conspiracy is invoked.

Although the leaks do disproportionately affect conservative donors and organizations, the publication of donor information is a threat to all non-profit organizations, regardless of political affiliation.

In maintaining the ability to encroach on the privacy rights of liberals and conservatives alike, the IRS is trampling on the constitutional rights of us all.

FreedomWorks has actively supported H.R. 5053, The Preventing IRS Abuse and Protecting Free Speech Act, by issuing a Key Vote Alert urging our 5.7 million activists to contact their representatives and ask that they vote yes on this bill.

Earlier this year, FreedomWorks called for the impeachment of IRS Commissioner John Koshinen, echoing the House Freedom Caucus in their concern over the targeting of political groups. FreedomWorks CEO Adam Brandon commented:

"John Koskinen was supposedly put in place to clean up the IRS after it targeted conservative activists and groups who merely wanted to exercise their constitutionally-protected right to free speech. This bureaucrat has continued a culture of arrogance, incompetence, and corruption. We stand with the members of the House Freedom Caucus who are calling for Koskinen’s impeachment and we strongly urge Republican leaders act."

When combating bureaucratic overreach, freedom works; corruption does not. Please support the American ideals of free speech and the rule of law by urging your elected officials to stand up against the IRS abuse of citizens.