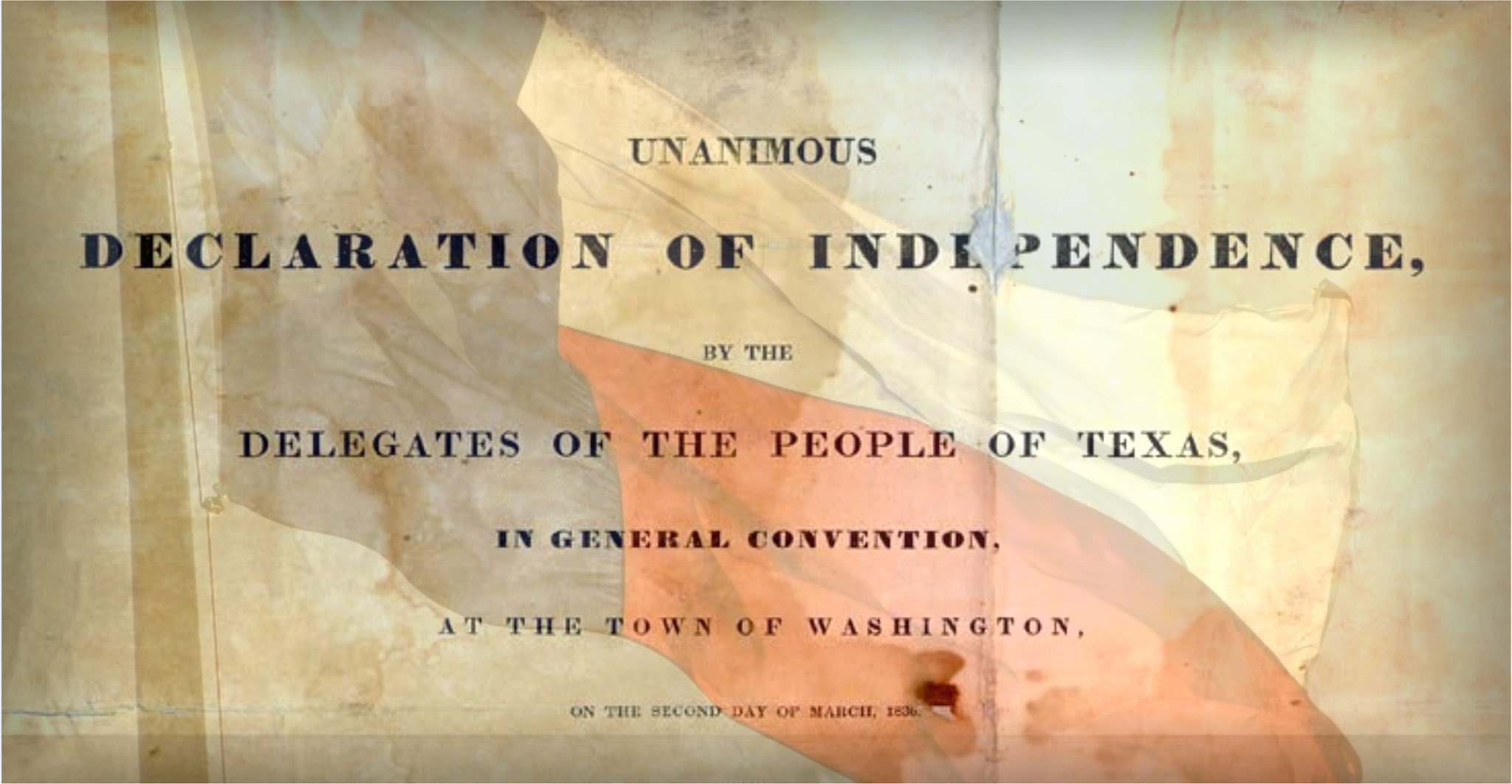 The first, and perhaps most important lesson taught by the Texian revolt against the Centralist Republic of Mexico is that centralization begets discontent, and ultimately, revolution. Second, the events that led to full-scale revolution demonstrate how benign neglect from a centralized government is unsustainable. Eventually, benign neglect becomes outright oppression. Finally, the hodgepodge coalition of Texians, Americans, Tejanos, and innumerable other peoples who joined together to fight against the tyranny of Santa Anna reveals how, oftentimes, identity trumps nationality.

It is far beyond me to give a full account of the events that resulted in the signing of the Texas Declaration of Independence. However, it is important to provide some context in order to better explain the lessons of the Texas Revolution.

Under the Mexican Constitution of 1824, the provinces of Coahuila and Tejas were combined into one state: Coahuila y Tejas. The Texians were granted only negligible representation with a single seat in the state legislature. Furthermore, the legislature met hundreds of miles from Texas in Saltillo, meaning that Texans were practically unrepresented in what was supposed to be a federated republic. With effectively no autonomy or ability to express grievances, the plight of the original Texans closely mirrors that of the early American colonists; being ruled by despots from thousands of miles away with no opportunity for representation.

This was far from the beginning of Texas’ problems with their Mexican overlords, but things would only get worse. In early 1835, General Antonio Lopez de Santa Anna overturned the Constitution of 1824, disbanding the state legislatures and militias, and establishing a fully centralized state. By September of that year, Texas was in open revolt, and by December, Santa Anna’s Army of Operations had begun their march against Texas. On March 2nd, the provisional government declared independence, and by March 6th, the Alamo had fallen. It wasn’t until after the crushing Texian victory at San Jacinto that Texas achieved her independence in the Treaties of Velasco.

But why would so many people put their lives and families in jeopardy? Why did the Texians stand up against the “Napoleon of the West” and fight a war that, by all accounts, they should not have won but for the hubris of Santa Anna? The answer lies in their Declaration.

“When a government has ceased to protect the lives, liberty and property of the people, from whom its legitimate powers are derived, and for the advancement of whose happiness it was instituted, and so far from being a guarantee for the enjoyment of those inestimable and inalienable rights, becomes an instrument in the hands of evil rulers for their oppression...The necessity of self-preservation, therefore, now decrees our eternal political separation.”

Closely derived from the writings of John Locke and Thomas Jefferson, the Declaration of Independence clearly established that the Centralist Republic of Mexico had consistently and intentionally violated the rights of Texians. Among other tresspasses, Mexico had denied Texans their rights to religious freedom, economic freedom, free speech, self defense, due process, and the right to representation.

Centralization had bred revolt. Prior to the ascendance of Santa Anna, Texas had existed in a state of benign neglect by the federal government in Mexico City. Although they lacked representation, the federal government had essentially left Texians to their own devices, allowing individual liberty to flourish. When Santa Anna overthrew the existing regime and centralized the government, the treatment of Texians turned from neglect to active repression. Santa Anna’s overturning of the federalist Constitution of 1824 and conversion to a centralized state fostered discontent among Texians. This discontent bred to revolution.

Had Mexico continued its policy of federalism and benign neglect, it is likely that the Texians would not have openly revolted.Therevolution may have never occured in the first place had Santa Anna been willing to grant the Texians their rights.

However, revolution was inevitable. The ever increasing American population in Texas ensured that benign neglect could not last. As was the case with Manifest Destiny and America’s treatment of the Native Americans, governments won’t leave you alone forever. Eventually, the lust for control overwhelms the rights of the individual. The nature of a centralized government’s lust for control meant that benign neglect couldn’t continue. At that point, revolution becomes an inevitability out of “the necessity for self-preservation.”

The final lesson of the Texas Revolution is the most concrete. Although the population of Texas came from across the globe -- Americans, Tejanos, Czechs, Germans, Irish, English, and French all fought under General Houston -- identity trumped nationality. It wasn’t until the dissolution of the Constitution of 1824 that most of the people living in Texas began to see themselves as Texan. The Father of Texas himself, Stephen F. Austin, fervently advocated reconciliation with Mexico until it became clear that the cause of independence was far too strong for the more sanguine statesmen to corral.

Even so, once it became clear that General Santa Anna intended to crush the rebellion by any means necessary, national pride was subsumed by a blossoming Texian identity. During the “Runaway Scrape,” when General Houston led thousands of settlers in a retreat from Santa Anna’s forces, the Texan identity was cemented; and it was this common identity that held the Texans together in the face of evisceration.

The shared trials and tribulations associated with living in Texas are what the classic American novelist Steinbeck termed Texas’ “state of mind.” As he put it, “Rich, poor, Panhandle, Gulf, city, country, Texas is the obsession, the proper study and the passionate possession of all Texans.” The Texas state of mind began when Santa Anna tore up the constitution of 1824 and marched north, and it continues to this day.

Much of America seems to have lost this shared sense of identity formed around a dedication to liberty and freedom at the time of the American Revolution. Such an identity is alive and well in Texas. So, rather than mocking Texan pride, Americans should seek to enshrine a similar amount of pride around our shared identity of classically liberal values.

As governments grow, they inevitably begin to tread upon the rights of their citizens in an effort to coerce compliance. When the rights of Texans were being squashed, they took a stand for liberty and freedom. As Sam Houston put it, “Texas has yet to learn submission to any oppression, come from what source it may.”

Americans of all creeds should learn from Houston and his compatriots. Ultimately, the greatest lesson from the Texas Revolution is that it is incumbent upon the citizens to protect their rights. Governments, by their very nature, seek control. It is the duty of the citizens to ensure that such control doesn’t become tyranny.