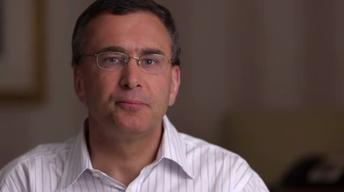 Defenders of ObamaCare are finding themselves in an odd place. Last week, the U.S. Court of Appeals for the D.C. Circuit ruled in Halbig v. Burwell that the law’s mandates and subsidies can only apply to citizens through a state-established health exchange, based on Section 1401 of the Affordable Care Act. Only 16 states actually have these exchanges and only these 16 states can enforce the mandates and subsidies, the core of the Affordable Care Act.

This means that the subsidies granted and the mandates enforced in the 34 states with federally-established exchanges could be illegal. However, an identical case (King v. Burwell) in the 4th Circuit Court upheld the legality of the subsidies and an appeal against the Halbig case is likely. Regardless, there is momentum going forward against the law.

Of course, those who want greater government control over health care are not content with the D.C. Circuit Court’s ruling. Though the actual text of the law requires subsidies to be delivered via “an exchange established by the State,” many on the left attacked the decision as a misinterpretation of the original intent of the law. After all, the groundswell of anger against ObamaCare in many conservative states would render the law nearly useless in those states and would halt the federal assault on health care.

So, how does one find the original intent of the law? Through the architect!

But at least one of these architects, “Mr. Mandate”, apparently agrees with his critics. Jonathan Gruber, an MIT economist and comic book author who helped write the Affordable Care Act and claims to be more knowledgeable about the law than any other in his field, has repeatedly (at least here and here) asserted that citizens can only obtain the subsidies in states that have set up health exchanges. He says that “if you’re a state and you don’t set up an exchange, that means your citizens don’t get their tax credits.”

In fact, he says that the possibility that many states will opt out of creating their own exchanges is the “ultimate threat” facing the implementation of ObamaCare. If this is such a threat, why are other advocates of the law writing off Halbig v. Burwell as “shamefully dishonest”? Now that most states have refused to set up exchanges, the law is in trouble and progressives are on the defensive.

To force the entire country into this quagmire, regulators would have to extend their reach beyond the original scope of the law. Gruber’s comments should give freedom-loving people hope that the argument of Halbig v. Burwell, combined with continued grassroots opposition, may be strong enough to end this disastrous and unconstitutional law once and for all.