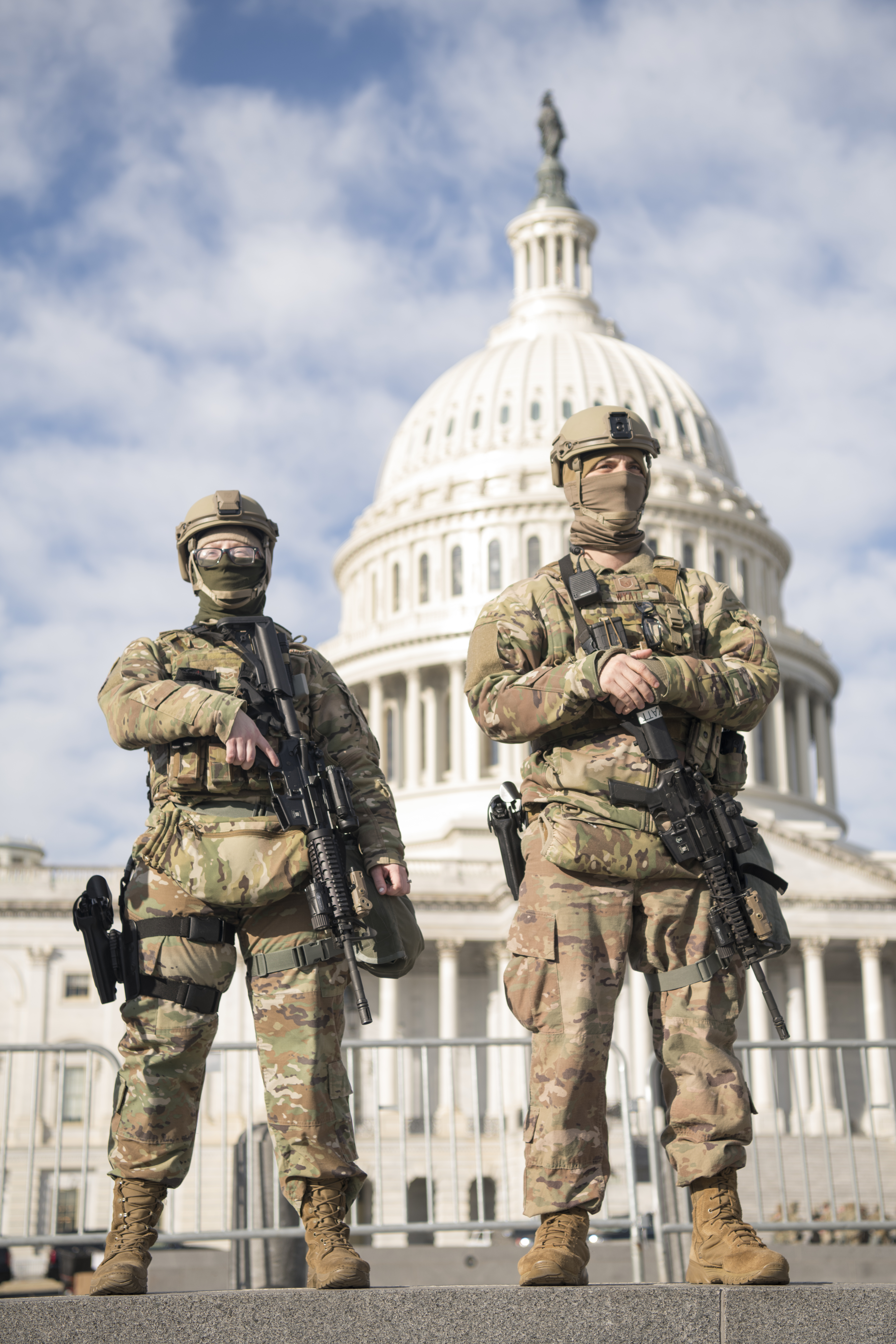 President Biden has made clear that he considers new laws to combat domestic terrorism to be a priority, reaffirming that position as recently as his inauguration speech. Journalist Glenn Greenwald notes disturbing similarities in the rhetoric from both lawmakers and intelligence officials following the Capitol riot to that following the terrorist attacks on 9/11/2001, which of course led to the hasty passage of the USA PATRIOT Act and its use to justify a terrifying degree of domestic mass surveillance.

In fact, it was not until the USA PATRIOT Act that “domestic terrorism” was defined as a legal concept at all; previously, the “terrorism” as a legal term applied only to threats of foreign origin. Although no new crimes or penalties were tied back to this new term, civil liberties advocates such as the ACLU have warned that domestic terrorism is already defined so broadly that it might easily encompass groups or individuals engaging in legitimate political protest and dissent, not just crazed, violent extremists.

The likeliest piece of legislation to come to the floor on this subject would seem to be the Domestic Terrorism Prevention Act, the sponsor of which, Senator Dick Durbin (D-Ill.) is poised to become chairman of the Senate Judiciary Committee. Its House companion bill has already been reintroduced in the 117th Congress by Rep. Brad Schneider (D-Ill.), with Durbin expected to follow shortly. This bill would create new, specific divisions devoted to domestic terrorism within the Departments of Homeland Security and Justice, as well as within the FBI, and would encourage further intelligence sharing among law enforcement.

The most immediate threat these proposals could pose to all Americans - not just violent rioters - is that they could provide the pretense to drastically expand the legal justifications for mass electronic surveillance. The government already has a long, documented history of deploying its surveillance capabilities against political movements that it disfavors, most infamously against both the civil rights movement and leftist anti-government protesters in the 1960s. More recently, state and local law enforcement deployed - possibly unconstitutionally - mass surveillance technologies such as wide-area aerial video surveillance against Black Lives Matter protesters in 2016.

Law enforcement already has tremendous tools at its disposal to investigate people or groups who are credibly suspected of plotting violent acts, and they already frequently stretch the due process limits provided under the Constitution’s Fourth Amendment to their breaking point. They certainly do not need a new legal mandate that may place legitimate political dissenters under Big Brother’s warrantless watch. Yet, there is danger that these calls to police “far-right extremists” could merge into an unholy bi-partisan alliance with Republican lawmakers at both the federal and state levels who desire to be able to treat Antifa-affiliated groups as terrorist organizations as well.

Nor is there any credence to the argument that designating new crimes or law enforcement powers is necessary to bring actual criminals to justice. Dozens of federal indictments have been handed down and arrests made in connection with the Capitol riot, many of which will doubtless lead to lengthy jail sentences for those convicted. Law enforcement, abiding by warrant requirements backed by probable cause, has been perfectly capable of prosecuting all manner of violent extremists under existing laws - they do not suffer for want of sufficient tools.

Also, don’t be surprised if the desire to more readily surveil potential domestic terrorists provides yet another excuse for federal law enforcement to renew their efforts to ban or weaken end-to-end encryption (E2EE) via popular apps like Telegram and Signal. Intoxicated by the ability technology has provided to allow government surveillance of electronic communications that in the past may have been impossible to overhear, U.S. intelligence and law enforcement officials have attempted to undermine any encryption that they cannot bypass since the early days of the internet.

Thankfully, opposition to expanding domestic terrorism authorities will be bi-partisan as well. A group of ten progressive Democrats, led by Rep. Rashida Tlaib, sent a letter imploring Congressional leadership that “in this moment we must resist the erosion of our civil liberties and Constitutional freedoms, however well-intentioned proposed security reforms may be.”

Liberties given away in the name of security after a crisis are seldom returned to us later. Hopefully, both conservative and progressive lawmakers alike have learned enough from the erosion of civil liberties since 9/11 to band together against eroding them further.

On behalf of FreedomWorks’ activist community, I urge you to contact your Senators and ask them to vote YES on civil liberties reform amendments (Lee-Leahy/Paul/Daines-Wyden) to the USA Freedom Reauthorization Act, H.R. 6172, and to vote NO on amendments that would substantially weaken these reforms (McConnell). The underlying bill, H.R. 6172, would reauthorize portions of the Foreign Intelligence Surveillance Act (FISA) that have been expired since March 15th of this year.