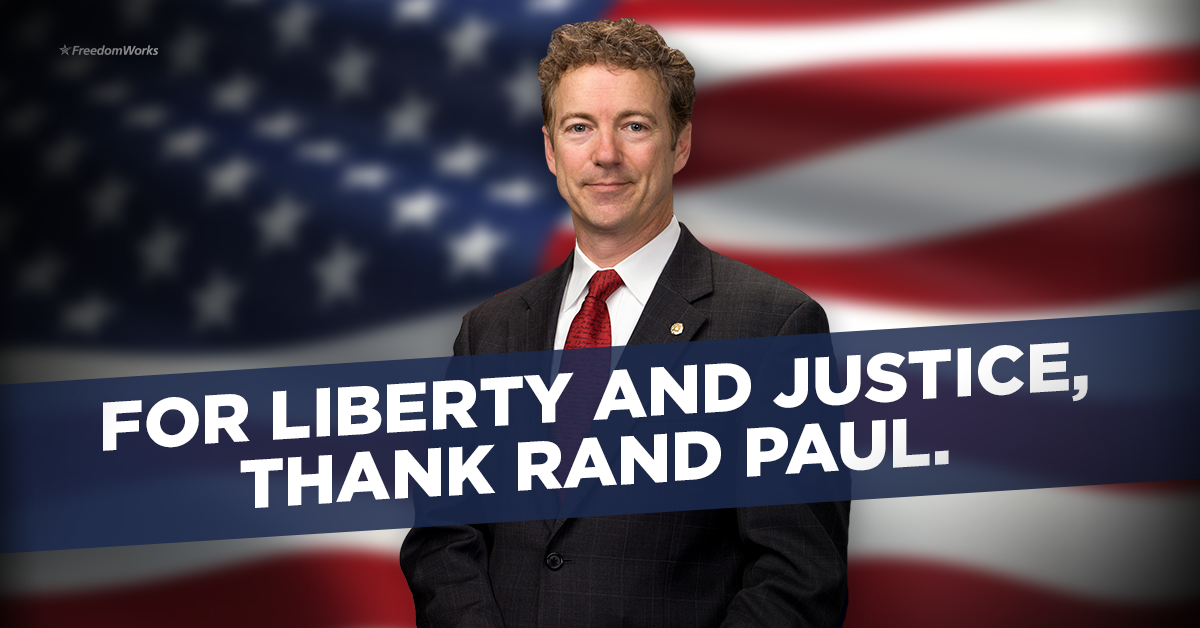 This actually leaves many members with no choice but to oppose legislation that probably includes provisions that they would support if they stood alone. To these ends, Sen. Paul has introduced multiple pieces of legislation to fix some of these systemic problems in Congress. These are S. 3904, the Write the Laws Act, S. 3845, the One Subject at a Time Act, and S. 3879, the Read the Bills Act, along with a “Read the Bills” change to Senate rules.

The Write the Laws Act would end Congress’ unconstitutional delegation of legislative power to other entities of government, a practice that has created innumerable problems over the years. The One Subject at a Time Act would prohibit Congress from including more than one subject in a single bill, a problem that results in bad bloated legislation that many members cannot vote for in good conscience. The Read the Bills Act and the proposed rule change would bring much-needed transparency and accountability into Congress’ legislative practices.

Together, all of these reforms would greatly increase Americans’ confidence in the ability of their elected leaders in Washington to actually effectively lead, and not just to pander and posture with their legislating to gain political points and avoid real consequences of their actions.

Especially in light of the recent murders of George Floyd and Breonna Taylor that precipitated the mass societal movement toward policing reform, it is more important now than ever that Congress be the deliberative body it is meant to be and operate as the Senate our founding fathers envisioned. Naturally walking the walk in addition to talking the talk, Sen. Paul has introduced a few other pieces of legislation since the tragedies in Minneapolis and Louisville which would guide policing in a better direction toward accountability and away from brutality.

One bill, the Justice for Breonna Taylor Act, would prohibit no-knock warrants that allow forcible entry of homes without an announced authority or purpose. It was during a no-knock raid that Breonna Taylor was killed in Louisville, Kentucky. Another bill, the Stop Militarizing Law Enforcement Act, introduced with Sen. Brian Schatz (D-Hawaii), would address over-militarization of police by prohibiting the federal transfer of militarized equipment to state and local law enforcement agencies, as is currently done through the Department of Defense's 1033 program. The prohibition only applies to offensive equipment and does not prohibit the transfer of defensive equipment, such as body armor. The bill also creates much-needed transparency and accountability in the 1033 program.

Notably, these bills address one subject at a time, unlike the messaging bill -- the Justice in Policing Act -- introduced by Congressional Democrats, which is a 135-page omnibus of police reforms that will never be signed into law. The nation is looking to its elected officials to lead on changes to policy, but unfortunately, so many elected officials have little interest in matters of public importance beyond advancing their own goals.

Take it from Rep. Eliot Engel (D-N.Y.), who was recently caught on a hot mic saying about speaking at an event addressing recent protests, “If I didn't have a primary, I wouldn't care.”

Sadly, that sentiment sums up much of politics as usual in Washington. As citizens around the country look for leaders to effect real change, they should be skeptical of those who content themselves with the established practices of politicians, and instead look to others who go against the grain, like Sen. Paul, and follow their lead for accountability and for justice.