America’s wild wild west has always been home to cowboys, adventurers, hardened frontiersmen, and red-blooded, independent Americans. In the face of excessive government regulation, Texans have revived their independent streak and passed HR 2510. The bill  returns commonsense to the world of light bulbs, despite establishment opposition. 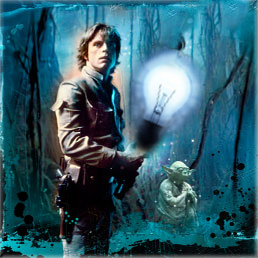 The bill allows incandescent light bulbs made in Texas to be sold within the state, working around President George W. Bush’s 2007 Energy Independence and Security Act. The 2007 act would prevent the manufacture and sale of traditional 100 watt incandescent bulbs because they do not meet the new efficiency standards.  HB 2510 reestablishes Texans’ rights to manufacture traditional light bulbs and sell them within the state of Texas.  The bill stipulates that the light bulbs must have “Made in Texas” clearly stamped onto them, and requires the Lone Star State’s Attorney General to defend a Texan if he is prosecuted by the federal government for a supposed infraction of the Intestate Commerce Clause.

Texas, by passing HB 2510, is upholding its citizens’ Constitutional rights. The federal government lacks the authority to apply the Energy Security and Independence bill’s efficiency regulations to light bulbs made and sold exclusively in Texas, as they do not cross state lines and therefore cannot be regulated through the interstate commerce clause. The Constitution has not given the federal government the right to regulate light bulbs made and sold within Texas, so according to the 10th Amendment, it cannot legally do so. The 9th Amendment further strengthens the bill because although the right to make and sell light bulbs in Texas is not specifically in the Constitution, the United States government does not have the right to prevent it.

While HR 2510 is constitutionally sound, it also supports free market principles. Texans know what sort of light bulbs they need and want; light bulbs that are, as US Rep Joe Barton put it,”safe, cheap, and reliable.”  Texan light bulb manufacturers are fulfilling the demand for a specific product that consumers would have to jump through many hoops to find or try to substitute with a lower quality and/or more expensive substitute.

Excessive government regulations can only hurt the consumer. Increased regulations will increase cost of production and lead to an increase in price, and in this case, result in a more expensive product that is not what the consumer desires, if he wants a lit home. By passing HB 2510, Texans are refusing to “sit idly … and take unconstitutional intrusion into [their] lives."

A Texan light bulb could possibly be carried across state lines, decry the legislation’s opponents, and therefore be subject to governmental regulation and be in violation of the new energy standards; a claim which proves the ridiculousness of the 2007 federal bill.  Anything is possible, but is excessive regulation necessary to prevent one light bulb from crossing state lines and starting a light bulb black market?

A black market for light bulbs, while sounding extreme, would merely be a product of over regulation. If there is demand for a product, such as stolen art, exotic pets, or drugs, a supplier will emerge to fulfill the demand in that market. Such a market would prove that the government, by dictating what sort of light bulb one can use, is violating free market principles. The consumer knows what is best for him, not a group of far away bureaucrats.

Texas is mounting a light bulb resistance movement and in doing so, is fighting for the American belief in free market ideology. Representative Fred Upton (R-MI6), chairman of the Energy and Commerce Committee, had promised to reverse the 2007 federal bill, but has made no move to do so. Representative Joe Barton (R-TX6) however has acted to repeal the de facto incandescent light bulb ban by introducing HR 91.  The bill was referred to the Subcommittee on Energy and Power February 1, 2011, with no action taken since.  There may be a light at the end of the tunnel for the rest of America, but if not, the states must join Texas in resisting the federal light bulb police.