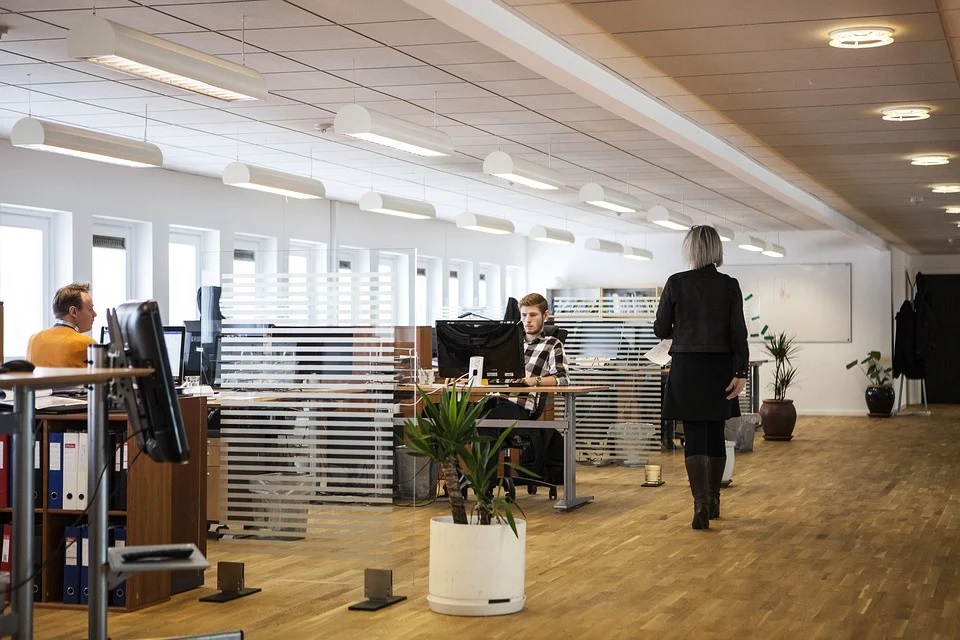 As the coronavirus pandemic spread rapidly across the country, largely state governments shut down much of the nation, stating that it would be a temporary solution and that workers would be right back to work. Months later, some individuals still have no clue what their future will look like, still furloughed or laid off from their jobs by now. This has placed a lot of strain on American workers, both economically and psychologically.

Many state and local governments failed in providing the American worker with any warning of an economic shutdown, leaving little to no time for workers to find a new source of income or save up for this emergency. This would have gone over just fine if the state governments had prepared a plan for these workers, but massive numbers of workers immediately went to register for unemployment as they had no idea what their level of job security was. Employers were not told how to properly close down and remodel their business for quarantine until the economy was shut down nationwide.

Governmental failures put a lot of strain on the American workforce, and not just financially speaking. Not having a job during this time has left many feeling purposeless and helpless throughout quarantine. Without a steady income, many fear that they may be unable to feed themselves or their families.

Even with a government stimulus check and boosted unemployment benefits, many don’t want to merely be handed money they didn’t earn, making them feel as though they are the burden.

Even if workers are able to find work during quarantine, many are terrified that at any time they could catch the virus and bring it back to their household.

This stress has taken a toll on workers, leading them down many unhealthy paths that have dire consequences for themselves and for the nation. Quarantine has led many workers to have a deterioration of both their physical and mental health with eating habits and a lack of meaning accounting for much of it.

Binge drinking and smoking has also increased drastically, with alcohol sales jumping almost 300 percent compared to what they were in January. This is largely due to people using inebriating substances to cope with the stressful reality of them losing their source of income, which has come with dire consequences.

Some states such as Pennsylvania opted to shut down their state-run liquor stores to mitigate the increase in sales, but this only hurt the local economy while drinking rates remained relatively the same. It also helped to increase the spread of the virus as many traveled across state lines to quench their thirst.

Without structure in their lives, the normal circadian rhythm of workers has been thrown out of whack as well, leading to very poor sleeping habits. Without healthy sleeping patterns, workers are setting bad habits that will leave them much less effective once they finally return to normal work.

All of these negative effects of stress will have a major impact on the American economy once the nation reopens fully and people can return to work as usual. Many may remain unmotivated as they return to work, leading to a major increase in the unemployment rate as people don’t wish to do their job. In other words, as lockdowns continue, our unemployment problems may turn from cyclical to voluntary. Increases in voluntary unemployment also have the adverse effect of straining the welfare system as people fall back on government safety nets that have already been depleted due to the pandemic.

If things don’t get back to normal soon, there will be dire consequences for the U.S. economy as a whole. Studies have shown that the longer one is without employment, the less likely they are to attain gainful employment in the future.. With times changing, many workers will need to be retrained for their jobs, both because of major regulatory changes due to COVID-19 and because they’ve spent months now off the job. This will leave the workforce much less skilled, causing the behemoth of the American economy to crumble.

In order for the government to safely reopen as quickly as possible, there needs to be some major legislative action to get workers back on their feet and to work. The government needs to do more in promoting honest education on the virus and let people know how to be safe when reentering the workplace. It can also enact a business liability shield, offering immunity from frivolous lawsuits to businesses that make good faith efforts to protect their employees and customers from contracting the coronavirus upon reopening. Many workers are scared to go back and employers are scared to reopen due to fears of the virus and the associated potential consequences, and government reassurance would do a lot to calm the panic.

The Paycheck Protection Program (PPP) has already gone a long way to help businesses retain their employees by providing direct incentives to business owners. This retention program can only last for so long, however, making it crucial that state governments continue opening up before mass layoffs are necessary.

Most of all, the government needs to ensure that it is doing everything it can do to reopen the nation as fast as possible, to get the economy back on track. This is still the biggest reason workers are having large economic and otherwise stressful burdens placed upon them. The only true way to solve all of the problems plaguing the American workers is not more stimulus packages, rather, a return to normalcy for the American workforce to get America back on its feet.

This pandemic has taught us many lessons as it caught us completely unprepared, making future preparations all the more necessary. Some of the regulatory restrictions that were lifted on drug companies and others in the private sector would have helped the nation recover much faster if they were implemented much earlier. With future pandemics potentially on the horizon, it is pivotal that these deregulatory actions stay in place to allow for faster recovery when the nation is forced into quarantine again.

Workers across the nation have struggled to live under these strict government policies over the course of the pandemic leaving scars that may never go away. The job of the government is to ensure that these workers can get back to their means of living as fast as possible before the impact of the virus leaves a permanent mark.