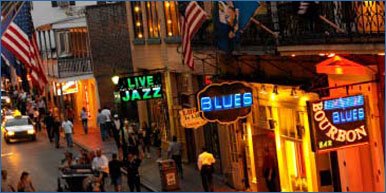 The Edwards tax hikes, absolutely enormous in scope, will create new tax burdens in nearly all sectors of the Louisiana economy, from personal income to sales and from energy consumption to inventories. To understand how many people will be negatively affected from this fiscal fiasco, it would be best to break up various tax proposals into two categories: those affecting individuals and those affecting businesses.

Let’s start with the tax hikes on individuals and consumers. One of the all-encompassing hikes is an increase in the state’s sales tax, from 4 cents to 5 cents. Scheduled to go into effect on April 1st, the raised sales tax would pull $907 million from the economy every year. Also being created that same day is an internet sales tax, which would impose the local sales tax on online transactions from other states carried out with businesses based in Louisiana. Of course, these are just sales taxes on general goods. Edwards has also proposed taxes on specific goods and services, including tobacco and alcohol products, rental cars, and short-term lodging for travelers (think Airbnb). And to top it all off, the state’s personal income tax would be increased, such that more people would fall into the highest tax bracket of 6 percent.

Businesses in Louisiana don’t fare any better than individuals under Edwards’ proposed plan. Directly in the crosshairs are hikes in corporate income taxes. In particular, the state government will now include the sales a company carries out as part of the income calculation when determining how much will be paid in taxes.

Similarly, various types of businesses, such as limited liability corporations, will now be charged the corporate franchise tax. The increased tax burden doesn’t stop there, though. The tax on utilities use by businesses will increase, from 1 cent per dollar spent on the company’s utilities bill to 4 cents per dollar. Finally, the inventory tax credit would be fully suspended for a year, forcing companies to pay full property taxes on their stored inventories. Industries will suffer from reduced businesses, individuals will lose incentive to consume and drive the economy, and Louisiana will emerge weakened after the Edwards’ tax proposals.

It doesn’t have to be this way, though. Instead of raising taxes like there’s no tomorrow, Governor Edwards and the Louisiana legislature must take a serious look at reforming the budget first and foremost, as there is certainly enough fat to trim. Even in the midst of these budget battles, the state has approved of $8 million in raises to state employee’s salaries, and these raises are likely to increase to $15 million in the next fiscal year. While former Governor Bobby Jindal is just as guilty in exacerbating these raises, there should be a serious discussion regarding the process by which the salaries of state employees are calculated, hopefully resulting reform and fiscal responsibility while the budget deficit is addressed.

Furthermore, the state should look at some of the least effective tax credits that continue to lose money year after year. Take the film tax credit, for example, which brings back less than a quarter for every dollar spent. Surely, there must be plenty of room within the state’s bloated budget that can be removed or reformed to address the budget crisis without crippling the Louisiana economy.

Among lawmakers and local citizens, the general consensus is clear. Taxes must not be imposed to address the Louisiana budget deficit. Instead, reform the budget and the state’s spending patterns in favor of fiscal responsibility. Fiscal reform, not tax repression, must be the tool by which Louisiana can enjoy economic growth and budgetary discipline.