A Man Without a Mandate: Why Biden’s Vaccine Order Will Cause More Harm Than Good 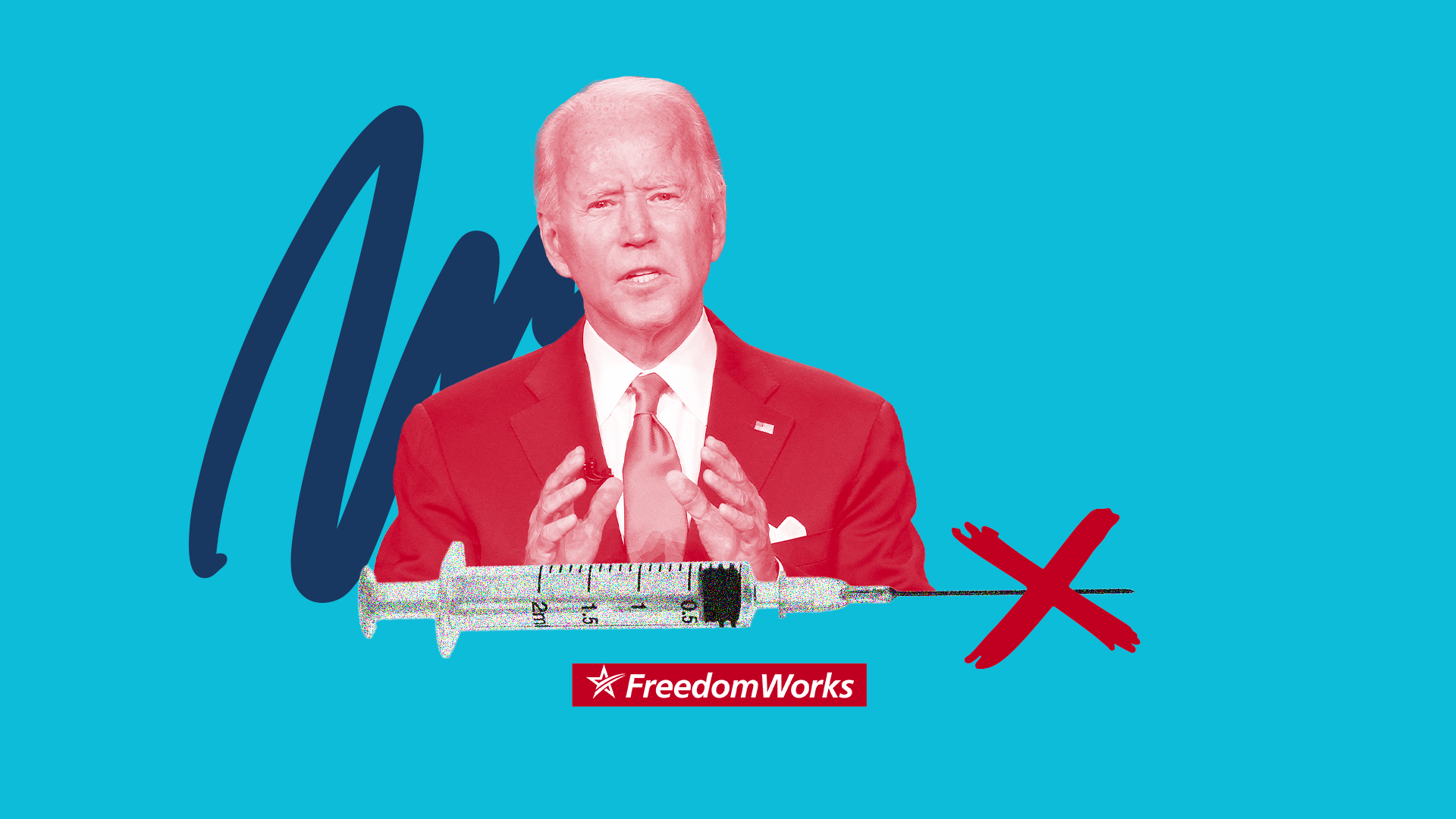 If the president of the United States has been paying any attention to the backlash his vaccine plan is causing, it’s painfully obvious that there was never really a mandate for his mandate.

President Biden has ordered all Americans who work in businesses with 100 or more employees to either get COVID vaccinations or undergo weekly testing. Long awaited details on how the mandate would be enforced were unveiled last week; however, none of what was revealed was able to offset the fact that this mandate is unwise, unnecessary, and will further inflame opposition to COVID vaccines among the vaccine resistant public.

Rather than providing Americans with an opportunity to weigh in on the mandate, Biden claims that “emergency powers” give him the right to set this mandate without input from the very people that it will affect. Though the public will be able to comment on whether or not the mandate should be made permanent, they were never asked whether or not it should have been ordered in the first place.

It appears likely that the courts will determine whether the vaccine mandate meets the Occupational Safety and Health Administration’s statutory criteria for issuing an Emergency Temporary Standard, which denies the public an opportunity to comment and obviates other protections that the Administrative Procedure Act provides. One appellate court — the Fifth Circuit — has issued a stay of the mandate pending a determination of its legality. Now, we wait as the case moves on to the 6th Circuit Court of Appeals, which will have the final say over whether to keep the 5th Circuit’s stay of the mandate in place or not. That court will then determine the mandate’s legality, and appeals to the Supreme Court will likely follow.

But if this mandate survives court challenge — either imposed as an Emergency Temporary Standard or adopted through notice-and-comment rulemaking — it will do grave harm to the end goal of protecting public health.

Contrary to popular portrayals, the vaccine resistant among our citizens are not just rural, red state Trump supporters. Many people of color have expressed great distrust of the vaccine, remembering the sordid episode of government vaccine experimentation on their forebears. Whether red staters or blue staters; urban or rural; White, Black, or Brown — and whatever their reasons for hesitating or refusing the vaccine — mandating the vaccine resistant to take the shot will only deepen their suspicions and fuel conspiracy theories.

The harm that the mandate will cause is tragic, really, given that the federal government’s heavy hand is unnecessary. Businesses are perfectly capable of determining what works for their employees. A number of businesses already require vaccination or regular testing. The workforces of a number of businesses are partially or completely remote, making potential exposure to COVID in the workplace a nonissue. And some businesses, particularly in rural areas, may not be able to fill positions if potential employees face mandatory vaccination or regular testing. Instead of getting people back to work and growing the economy, people will sit idle, ultimately, at the expense of beleaguered taxpayers.

President Biden campaigned as the right person to unite the country and heal our national divide. Ignoring the concerns of a large percentage of our citizens and short-circuiting the government processes meant especially to protect those with minority views is certainly not the way to bring people together. And the harm that enforcement of this vaccine mandate will do to our nation’s foundations of liberty and individual responsibility will ultimately far surpass this terrible virus.

Beverly McKittrick is the director of the Regulatory Action Center (RAC) at FreedomWorks. Most recently, she served in the Trump administration at the Department of Labor, Office of the Secretary.