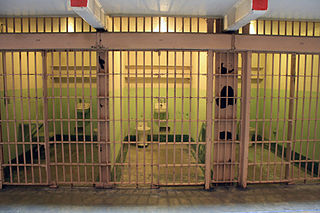 The punishment should fit the crime. A simple maxim that is no longer always followed in this country. For too long many nonviolent criminals have had sentences imposed on them from Washington, overriding the presiding judge's assessment of the facts. When punishments are mandated from afar, the punishment will not always fit the crime. It is time to get big government out of the courtroom and restore the judiciary's role as outlined in the Constitution.

Imagine this, you are at your boyfriend’s house in one room, while your boyfriend is in another room. Your boyfriend is about to make a drug sale to an undercover officer. You want no part of it but he agreed to take you home as soon as it was done. After the sale, the officer arrests everyone in the house, including you.

On the advice of your attorney you turn down a three-year plea agreement because you took no part in the sale. At trial, you are convicted of trafficking in cocaine. Then you are sentenced to a 15-year mandatory minimum sentence. This is not some make-believe world. This is the story of Bonnie DiTorro. This is the world of mandatory minimums.

In 1973, New York created the first modern mandatory minimum law at the state level. This law created a minimum 15-year sentence for a conviction of possessing more than 4 ounces of any hard drug. This law motivated other states to establish their own mandatory minimum laws. First created by California in 1994, one of the most popular types is three strikes laws, which significantly increase prison terms for those convicted of two previous crimes. Today, 28 different states have their own version of California’s three strikes law.

The use of mandatory minimums for nonviolent perpetrators greatly expanded during the last two decades of the 20th century. This corresponded with the start and expansion of the war on drugs. During this time there were grave concerns that drug use would lead to an explosion of violent crime in the country. Yet these fears have turned out to be exaggerated, and the violent crime rate has recently dropped to its lowest level since 1978. Violent crime is not only down in states that have their own mandatory minimums, they are down across the country and much of the world.

In the last decade there has been an effort at the federal and state level to reform mandatory minimum laws for nonviolent crimes. At the federal level Congress passed the Fair Sentencing Act of 2010. This law reduced the discrepancy in crack and powder cocaine sentencing from 100:1 to 18:1. The law did not remove any mandatory minimum sentences. But it was a step in the right direction and set the stage for future reforms.

Reforms have been quicker to come at the state level, as seen in Arkansas and South Carolina. According to a report by the Vera Institute of Justice, at least 29 states have enacted reforms since 2000. This includes New York, the first state to create mandatory minimum sentences. The state repealed most mandatory minimum sentences for drug offenders in 2009. In 2012 the California voters passed Proposition 36 with almost 70 percent of the vote. This reformed the state’s three strikes law to require that a third strike be a serious or violent felony to trigger a life sentence. The stats expects to save up to $90 million annually from the reform.

These reforms been important steps in preventing what happened to Bonnie DiTorro from happening to others. However, more reforms are necessary to reduce the costs of incarceration and ensure they we have room in our prisons to house violent criminals. Mandatory minimum sentences for nonviolent offences may have appeared to be a good idea in the twentieth century; however, experience shows us they have no major role to play in the twenty-first century.