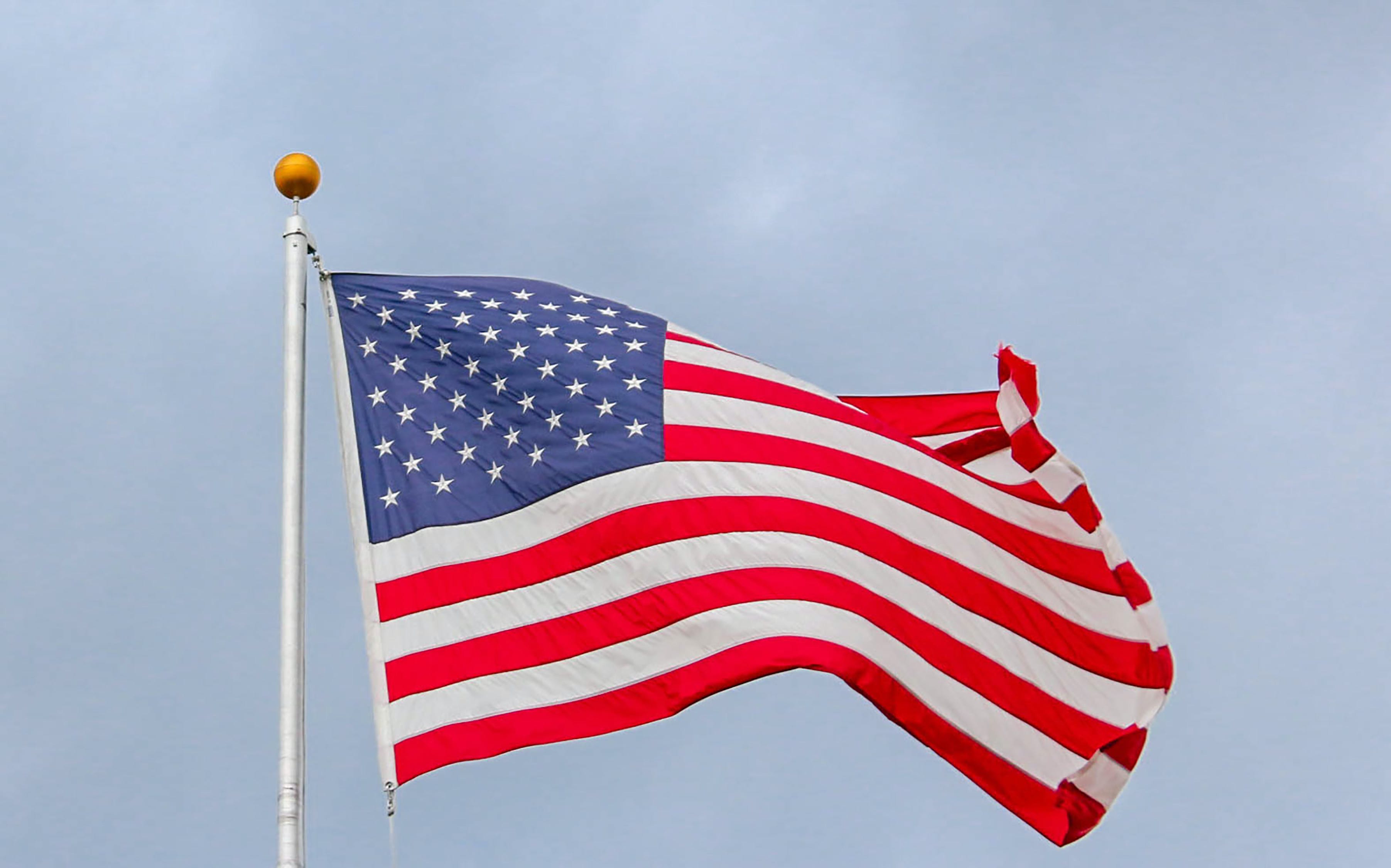 Mara Gay, member of The New York Times’ editorial board and MSNBC contributor, apparently did not have a good Memorial Day weekend. On a day when Americans are supposed to take time to reflect and honor those who have made the ultimate sacrifice in defense of this nation, Gay found herself confronted with a “disturbing” sight. Was it an image of gravestones at Arlington Cemetery, or wreaths being laid by grieving family members? No. Gay was disturbed by the sight of the American flag itself.

As she recounted to the reliably-liberal audience of MSNBC’s “Morning Joe,” Gay visited Long Island over the long weekend and saw “dozens and dozens of pickup trucks with explicatives [sic] against Joe Biden on the back of them, Trump flags, and in some cases just dozens of American flags, which is also just disturbing.” Gay viewed this as a threat, and specifically part of the larger threat of “Whiteness.”

“I think that as long as they see Americanness as the same as one with Whiteness, this is going to continue,” she said.

The backlash to her comments was considerable. Since she is an opinion writer, Gay is free to espouse her views as she wishes, however fringe they may be. Plenty of honest partisans would have problems with anti-Biden or pro-Trump messages. But the fact that Gay singled out the sight of “dozens of American flags” as a “disturbing” and racist threat, on a day meant to honor America’s war dead, was rightly seen as deeply offensive.

And what’s worse, her media colleagues jumped to defend these comments. In the moment, “Morning Joe” co-host Mika Brzezinski added a grave, “totally agree.” Later, after her comments drew criticism online, the Times PR flacks tweeted that Gay’s words were taken out of context and that her argument wasn’t about the flag being racist, but about Trump voters having “politicized” the flag.

And people wonder why Americans don’t trust the media.

In real time, we witnessed so-called “mainstream” media outlets nodding along with an incredibly far-left, subjective point of view without a hint of pushback. Does Mike Brzezinski “totally agree” that the American flag — under which millions of Americans of all creeds have fought and died — is now only a symbol of “Whiteness?” Does The New York Times really believe that the Stars and Stripes has been “politicized” by Trump voters to the point where no Democrats show any allegiance to it? If that is the case, who dared let Biden take his oath of office under five gigantic American flags back in January?

The truth is that the American flag has been politicized not by regular Americans, but by media elites like Gay who simply can’t remember what it’s like to interact with real people outside of their far-left bubble. Working Americans, who are trying to raise families and pay their bills, pay no heed to the divisive agenda that is Gay’s stock-in-trade. She is, after all, one of the minds behind the NYT’s disgraced 1916 project, in which fact and fiction, objectivity and subjectivity, are scarcely distinguished.

Given their obsession with identity, it is ironic that Gay and her media colleagues seem to be going through an identity crisis of their own. With Trump out of office, left-leaning media no longer knows how to fill their time. Instead of scrutinizing President Joe Biden and asking why consumer prices are rising and why businesses can’t fill job vacancies, the talking heads on MSNBC and hack editorialists at the NYT are focused on calling the American flag “disturbing” and racist.

Could it be that they are trying to distract people from real issues? You already know the answer to this question. The good news is, most Americans couldn’t care less. I know, because I’ve traveled the country hundreds of times over talking with as many of the five million Americans that make up the FreedomWorks network as I can. Outside of the DC bubble, it’s easy to understand what people need in order to prosper. Spoiler alert: attacking our shared national symbols and inciting racial division isn’t going to help.

What Americans want is economic and political stability, good education, well-paying jobs and more freedom, all of which Biden’s left-wing agenda promises but fails to provide. I believe that the real “threat” Mara Gay is describing is not “Whiteness” but rather conservatives holding on to the heart and soul of America. She and her colleagues are “disturbed” by anyone who still holds pride in our shared flag and our shared motto of E Pluribus Unum — “out of many, one” — a notion that goes against everything about identity politics they hold dear. So let the media elites attack our shared symbols. They’re only showing their true colors, and reminding Americans that we have better things to do than listen to them.

Adam Brandon is the president of FreedomWorks, a conservative grassroots advocacy organization, and author of A Republic, Not a Democracy.

0
04/29/2014
Not Shocking: NBC Totally In The Tank For Obamacare
"https:\/\/www.freedomworks.org\/content\/not-shocking-nbc-totally-tank-obamacare?social=facebook_share"
null
https://fw-d7-freedomworks-org.s3.amazonaws.com/styles/thumbnail/s3/te_social_media_share/fw_default_0.jpg?itok=35IWEBMb
Blog

Not Shocking: NBC Totally In The Tank For Obamacare

On September 27, NBC News revealed what all 26 viewers of MSNBC already knew: the entire corporate media behemoth is in full on water carrying mode for the Obama Administration. A week-long series of special reports on Obamacare began on the nightly news on Monday.

The kiddies are going back to school all over this great land but it is still officially summertime on the calendar. If you haven't gotten as much beach reading done as you would have liked to, I've got some works of extraordinary fiction for you to peruse, but only if you're a big fan of the fantasy genre.

0
08/13/2013
The Demise of Print Media on the West Coast
"https:\/\/www.freedomworks.org\/content\/demise-print-media-west-coast?social=facebook_share"
null
https://fw-d7-freedomworks-org.s3.amazonaws.com/styles/thumbnail/s3/te_social_media_share/fw_default_0.jpg?itok=35IWEBMb
Blog

The Demise of Print Media on the West Coast

Last week, The Oregonian newspaper announced that it was cutting print circulation to 4 days a week, laying off most of its staff, and forming a new digital news company.  In a mostly tacit, but sometimes explicit admission that print media is facing its demise, the oldest newspaper on the West Coast confirmed that the future is in digital publishing.

0
07/01/2013
Is the Term IRS the New N Word in the “War on the Black Man”?
"https:\/\/www.freedomworks.org\/content\/term-irs-new-n-word-\u201cwar-black-man\u201d?social=facebook_share"
null
https://fw-d7-freedomworks-org.s3.amazonaws.com/styles/thumbnail/s3/te_social_media_share/fw_default_0.jpg?itok=35IWEBMb
Blog

Is the Term IRS the New N Word in the “War on the Black Man”?

With the IRS scandal still at the forefront of the news cycles and Democrats running for cover everywhere, MSNBC host Martin Bashir has this time outdone himself.  Yesterday, he hurled a ludicrous accusation against Republicans and pundits on the right in the ever increasing din of coverage on the IRS's gestapo tactics against conservative and right leaning organizations applying for tax exempt status.

Project Veritas, lead by the intrepid James O'Keefe, released their latest investigation yesterday. This time, a group of guerilla journalists tackled the California Homeless Bill of Rights. Similar to legislation passed in Rhode Island last summer, the California Homeless Bill of Rights passed the judiciary committee with a vote of 7 to 2. The bill means to stop the criminalization of homelessness by allowing the homeless to be wherever they want, whenever they want, or so the lefties believe.