Mark Udall wants feds to get YOU in shape! 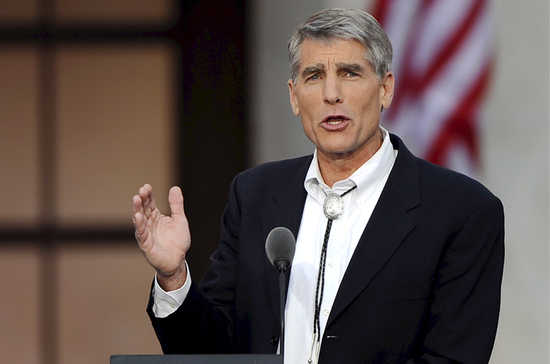 A lot of important things were happening in 2008. Banks were failing, jobs were being lost, and our economy was about to be pushed off a cliff. The problems our country faced in 2008 were grave, and have had lasting consequences even to this day. Luckily, while voters, politicians, and pundits wasted their time trying to select new leaders of government to tackle these problems, then-Congressman Mark Udall saw something different. In the midst of economy downturn, Congressman Udall and his taxpayer-funded congressional staff felt the best use of their time and resources was to write a bill to get Americans to stand up and actually do something! Literally, something—anything actually that made a person sweat. And they wanted the government to design a program and devote resources promoting it.

In March 2008, Congressman Mark Udall introduced H.R.5639 - Physical Activity Guidelines for Americans Act of 2008 , a bill that would direct the Secretary of Health and Human Services to publish physical activity guidelines for the general public and would be promoted by any federal agency that carries out any federal health program. In a simple bill, Congressman Udall tried to draft the federal government into the personal training business. (No language was included in the bill text about whether that included a subsidy for sweatbands or waving the gym enrollment fee).

Common sense and generations of research has proven that exercise along with a proper diet is paramount to a healthy lifestyle. The idea that the government needs to spend time and resources designing a program for the American people to follow in order to get healthy—and to promote it—is one more example of the government trying to take over the role of personal responsibility monitor, and a waste of the the federal government’s time. In this case, however, had this bill become law, the waste of time and resources would not have landed on the head of an over-zealously health-concerned bureaucrat, but on Congressman Udall. This action would have been congressionally approved and, honestly, that is what makes it worse. Since 2008, Congressman Udall has sought and won a promotion to the U.S. Senate, and over the last six years has wasted little time in squandering more of the federal government’s time and resources. Between his votes for the $787 billion dollar “shovel ready” stimulus package and sponsoring a bill to put government spending on autopilot,eliminating the need for Congress to specifically authorize appropriations Senator Udall has continued to demonstrate his preferred way governing, central planning.

Senator Udall believes government can solve all the problems we face, from building an economy to managing a healthcare system, right down to having the government create a literal plan of how to get a person off the couch and be healthy. Americans don’t need central planning, and they don’t need Senator Udall’s help to manage their lives, their healthcare, or their economy.