Mass Surveillance and the Politics of Fear 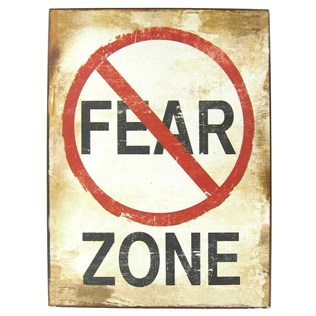 There will always be those eager to scare us into giving away our liberties.

As Senator Tom Cotton is working to reverse some of the important surveillance reforms in the USA Freedom Act, establishment Republicans are lining up to defend his actions. Jennifer Rubin of the Washington Post, responding to a FreedomWorks press release, accuses the liberty wing of the Republican Party of “preying on the public’s fears.”

To be sure, there is plenty of fear mongering going on, but Ms. Rubin is a little muddled if she thinks it’s coming from the people speaking out against the surveillance state. On the contrary, fear has always been used to justify more intrusion into the private lives of ordinary citizens. I’m hard pressed to think of a time when the opposite was the case.

We have been told, and continue to be told, that we need to surrender our liberties in order to remain safe. If we don’t act, swiftly and decisively, the terrorists will kill us all, and then what use will our privacy be? We can worry about freedom when things are not so dangerous.

It’s such a compelling narrative that it can be effectively sold to the American people, again and again, even when the proposed action doesn’t actually solve any existing problem. The illusion of doing something, anything, is enough to make many people give up their most basic rights. Add to this the fact that the promised “less dangerous time” never really happens. That is, it does happen, but the powers that be refuse to acknowledge it.

If you actually take the time to look at the numbers, crime rates and deaths by war have continually declined. Even the trend in mass shootings has remained essentially flat. We’re much less likely to die from violence now than we were in the fabled domestic utopia of the 1950s, but you’d never know it from watching the 24-hour news networks.

In the case of the NSA’s bulk data collection program, Ms. Rubin’s own paper reported that the administration can’t point to the program’s use to stop any terrorist attacks. There have also been reports from industry insiders that the indiscriminate, bulk collection of data is actually a hindrance to the detection of actual threats, since it consumes so many of these agencies’ finite resources.

Edward Snowden explained this problem succinctly: “We miss attacks, we miss leads, and investigations fail because when the government is doing its ‘collect it all,’ where we’re watching everybody, we’re not seeing anything with specificity because it is impossible to keep an eye on all of your targets.”

It’s not “preying on the public’s fears” to ask that we be smart about national security, while still taking care to preserve the essential liberties enshrined in our Constitution. What does constitute preying on fear is constantly telling people that they are going to be killed unless they surrender their privacy into the government’s hands. Franklin Roosevelt was on to something when he said that the only thing we have to fear is fear itself, or rather, that our fear can be used as a weapon to make us give up everything we hold dear.

Key Vote NO on the FISA Amendments Reauthorization Act, H.R. 4478

On behalf of our activist community, I urge you to contact your representative and ask him or her to vote NO on FISA Amendments Reauthorization Act, H.R. 4478. The bill would expand warrantless surveillance under Section 702 of the Foreign Intelligence Surveillance Act (FISA), undermining Americans’ Fourth Amendment protections. This vote will be double weighted on FreedomWorks’ Congressional Scorecard.

The Unreasonable Opposition to Justice Reform in the Senate

Recently, Sen. Tom Cotton (R-Ark.) gave a speech at the Hudson Institute in Washington, in which he offered his case against the justice reform effort in Congress led by conservatives like Sen. Mike Lee (R-Utah), Sen. Tim Scott (R-S.C.), and Rep. Raul Labrador (R-Idaho). Apparently unaware of the efforts of more than 30 states, including several traditionally Republican states, Cotton ridiculously labeled the federal push as "criminal leniency."

The Demise of Safe Harbor and Rise of Privacy Shield

On October 6, 2015, the European Court of Justice (“ECJ”) ruled the US-EU Safe Harbor agreement invalid. The international agreement permitted companies to transfer digital information across the Atlantic, originating in the European Union (“E.U.”) and traveling to the United States (“U.S.”).