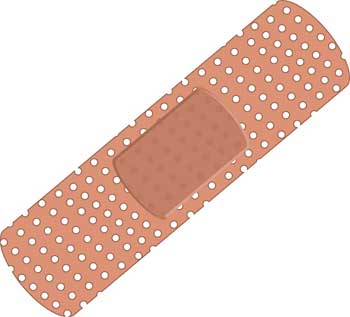 After a report last week that rising insurance premiums would drive employers to dump 90 percent of workers’ health care plans by 2020, the IRS went into damage control mode using its preferred course of action: executive fiat.

The agency was quick to announce a ruling that forbids employers from doing what they were planning on doing, namely, shifting employees onto the ObamaCare exchanges with a tax-free cash contribution to make up the premium difference. The penalty for disobedience is a fine of $100 per day per employee.

By now, it’s become almost impossible to keep up with the number of rules and revisions coming either from the White House or from unelected bureaucrats in an effort to “fix” the clinking, clanking, clattering collection of caliginous junk that is ObamaCare. Apart from the flat out illegality of such rulings (the power to make and amend laws is vested in Congress, not the President, and certainly not the IRS) this pattern reveals the fundamental problem with trying to centrally micromanage complex systems, and there are few systems more complex than the American health care market.

The folly of this kind of legislation lies in failure to understand that an economy is not just numbers in a spreadsheet, but is instead made up of millions of individuals responding to individual goals and incentives with directed behavior. You can’t change one part of it without affecting everything else, and you can never close every loophole. Trying to patch ObamaCare with piecemeal rules and amendments is like squeezing a balloon. Every time you press down on one spot, another pops out.

Mandating the employers retain plans that have become excessively costly will not solve anything. It doesn’t make the underlying problem go away, and the government can’t just impose costs on people without expecting them to try to find a way around them. Right now, the consequences for employers failing to abide by the employer mandate consist of a financial penalty. Just like the case of individuals, some may find paying this penalty more palatable than abiding by a law that will severely damage their bottom line. What will the IRS do when this happens? How high are the realistically willing to make the penalty?

Of course, simple disobedience is not the only way in which companies will try to minimize costs. The money to pay for price-inflated health insurance has to come from somewhere, and it could be from any of a dozen places. They might choose to cut costs by hiring fewer workers, or reducing the hours for existing workers. They might shift towards more part-time staff, since part-time workers do not fall under the mandate. They may institute lower wages overall, or raise prices on consumers. Some companies may just go out of business, resulting in all of the above. In any case, Milton Friedman’s famous warning, TANSTAAFL (“There Ain’t No Such Thing As a Free Lunch”), applies here in spades. Unintended consequences are inescapable.

As long as we have a top-down approach to health insurance regulation, we are going to see problems like this cropping up, the desperate attempts by politicians and regulators to fix them, and new problems created by the fixes. The result is a system no one understands, with no certainty, no predictability and no transparency. Furthermore, and perhaps most dangerously, this system has led to de facto expansion of executive power that damages the very fabric of our lawmaking process. When the president and his regulatory agencies think they can change laws simply by saying they wants them changed, Congress is robbed of its power and voters are disenfranchised, no longer having a meaningful say in the legislative process.

The desperate circus surrounding ObamaCare’s implementation once more illustrates that a centralized approach to health insurance is fundamentally flawed. There can be no quick fix - there can’t even be a long, expensive, and exhausting fix. The only solution to repeal ObamaCare in its entirety and implement free market reforms that empower individuals, not government bureaucrats.