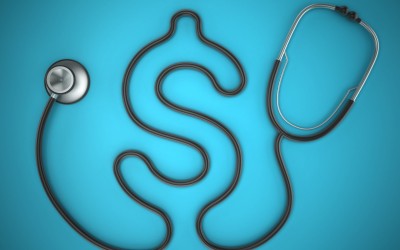 Expanding Medicaid is not free, even if you think you're spending other people's money.

State legislatures across the country are still feeling pressure to implement ObamaCare with the expansion of their Medicaid program to able-bodied working adults, those above the poverty line. Proponents usually deny that the expansion is part of ObamaCare, but it is. Without ObamaCare there would be no talk of expanding this ineffective and expensive program.

Most of the plans put forth are based on the one passed in Arkansas, which the state is already starting to regret. In that plan, rather than simply expand the cut-rate reimbursement for medical services as in Medicaid, the state will give money to insurance companies to cover those between the Federal Poverty Line and about 133% of it. The federal government's Department of Health and Human Services must approve the plan, which is called giving it a "waiver."

In Nebraska, an Arkansas-like plan failed to gain cloture in the Senate, meaning it can't be brought up again this year. Big Hospital responded with dishonesty:

“The opposition’s speculation and unfounded conjecture have placed the lives of hundreds of working Nebraskans at risk and jeopardized the health of thousands more," the Nebraska Hospital Association scolded in a statement after the vote. Nebraska’s hospitals, major supporters of the expansion bill, have warned they’re facing financial pressures from about $1.3 billion in Medicare cuts over the next decade because of ObamaCare, sequestration and other factors.

But Medicaid has been shown not to save lives. Health insurance doesn't save lives, either. It's just a means of shifting costs: insurance shifts costs forward in time for the insurance customer to prepare for a future health issue. In the case of Medicaid expansion, the costs are shifted from hospitals to the taxpayers.

So here we have Big Hospital saying that they have it in their power to save lives, but refusing to do so because the accounting doesn't work out right. Big Hospital has the audacity to say that the government must pay enough so they can set their rates as high as they wish, rather than dropping their prices to meet what their customers can afford.

In Virginia, voter opposition to ObamaCare's Medicaid expansion increases the more voters learn about it, according to a new poll by the Foundation for Government Accountability (FGA), a multi-state, free-market think tank based in Florida.

The 10-question poll was conducted between March 7 and March 9, 2014, with 469 likely Virginia voters responding to all 10 questions. Respondents were first asked whether they supported or opposed expanding Virginia’s Medicaid program to give taxpayer-funded Medicaid coverage to up to 400,000 more mostly working-age, able-bodied adults without children, with results showing a razor thin plurality, 42 percent, supporting expansion and 40.9 percent opposing expansion—well within the poll’s margin of error of 4.5 percent. When asked if they would be more or less likely to support expansion once they knew key facts about its impact, opposition only grew.

When likely voters learned that implementing ObamaCare’s Medicaid expansion in Virginia could result in funding cuts to education, infrastructure and public safety, 62% said they would be less likely to support Medicaid expansion.

As Ben Domenech put it in his Consumer Power Report,

There is no justifiable case to be made for accepting the ObamaCare Medicaid expansion at this juncture as a fiscal conservative. The funds will not end up in another state if you deny them; you will be putting able-bodied adults ahead of the disabled in the line for care; and the federal government will put your state taxpayers on the hook for more tax dollars. There is no such thing as free money, and the strings attached to this “free money” will be a problem for states for decades to come should these expansions go through.

Medicaid expansion is being sold to states based on the foolish notion that an entity $17.5 trillion in debt will continue to make payments on a program that helps only a small number of hospital executive cronies.

this is bullshit I am homeless and looking for work and have been for the last 6 months but because of my past over 25 years ago and a poor economy I am unable to find work and live in a tent and I cant get medicade for a life threating illness. this shows how much American's care about helping ppl only what it will cost them. Because ppl are homeless they are trash and don't deserve any medical care am I right.