Despite being one of the most influential thinkers in modern American politics, few people know the name “Saul Alinsky.” His book, Rules for Radicals, outlines a brilliant community organizing strategy—condensed, he instructs “Go home, organize, build power and at the next convention, you be the delegates.” President Obama did just that. While many conservatives mocked our community-organizer-in-chief, the president successfully executed Alinsky’s approach. Over two election cycles, Barack Obama won the White House by assembling a giant coalition of radical progressives, who will shape future elections. Now, they are coming for Texas, an electoral giant and potential swing-state.

The liberty movement must meet them head on. The activism organization “Battleground Texas”—an offshoot of President Obama’s massive campaign machine—is mobilizing to convert the state of Texas for progressivism. It’s time to fight back. It’s time to tell them to “Come and Take it.” 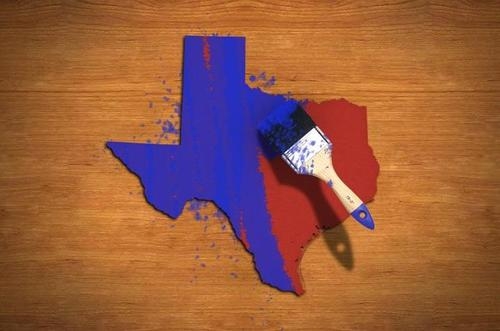 While conservative Texans and the GOP establishment insist the Lone Star State will never turn “blue,” Colorado offers startling precedent.  A decade ago, the GOP dominated every level of government in Colorado.  “We controlled everything but the courts,” former Director of the Colorado Republican Party, Allen Phillip, explained, “Nobody seriously thought Colorado was anything but a right leaning state.” Yet, by the election cycles of 2006 and 2008, red tides had turned blue.

Colorado’s political transition was not determined by a nationwide drift from a big-government Bush administration toward “Hope and Change.” Rather, a group of four wealthy progressive heavyweights privatized the political infrastructure of the Democratic Party. They strategically reshaped Colorado’s political infrastructure to steer progressive to the top of a political landscape once dominated by the state’s GOP. While Republican split over issues like “the Taxpayer Bill of Rights,” the Democrats pounced. They imposed political discipline, coordinated grassroots efforts, and achieved objectives—winning state legislative races that were up for grabs.

Now, the Democratic Party plans to employ this “Colorado Model” across all fifty states, and they’ve set their sights on the great state of Texas.

If the Republicans lose Texas, the GOP will cease to exist as a national brand that can compete in presidential elections. The electoral votes simply aren’t there. The party may go the way of the Whigs.

“Battleground Texas” is a progressive organization founded by Jeremy Bird—Obama for America’s national field director. Having won reelection for his boss, he’s now focused on exporting the Colorado Blueprint to Texas. The strategy: seize the low-hanging fruit. From Bird’s perspective, young people and minorities who are registered are votes left on the table. He’s taken Alinsky’s advice to “Go home, organize, [and] build power.” By exploiting the Republican assumption of “forever red”, Battleground Texas plans to create a strong coalition of minorities and young people to dominate the political landscape.

Through the power of community organizing, Battleground Texas is vying for Texas’s political identity. As conservative Texans squabble about addressing issues like debt, the Democrats are once again ready to capitalize Republican disunity. Battleground Texas will micro-target major cities like Austin, Dallas, and San Antonio with high Latino populations, to increase voter registration, then turn-out the vote. To capitalize on their demographic advantage, they are targeting major universities to seize young voters, with the potential to turn whole families to Democratic Party.

Changing demographics are a key factor at play here. The numbers are stark. 9.5 million Latinos comprise 38 percent of the population, only 4.2 million are eligible to vote, and only half of those show up on Election Day. As far as Bird is concerned, the Democrats are leaving millions of votes on the table.

If Battleground Texas appeals to the growing Latino vote which leans heavily Democratic, Texas could see a massive turnaround in a few election cycles. Senator Cruz (R-TX) explained, “If Republicans do not do better in the Latino community, in a few short years, Republicans will no longer be the majority party in our state.” Texas could easily see the same results as Colorado.

The Republican Party has failed to respond adequately to this new threat. While surveys and cultural studies suggest conservative issues of competitive free markets, school choice, protecting life and gun rights appeal to Latinos, the Republicans have failed to reach out to this growing base of voters. Yet, with the shifting demographics, constitutional conservatives need a new networking strategy. If Texan Republicans refuse to change their methods, the Party itself risks extinction.

The Republican Party should take a lesson from progressive and libertarian-leaning candidates on how to effectively mobilize grassroots. In 2008 and 2012, the progressives brilliantly demonstrated top down community organizing in Colorado and through the Obama campaign. They also demonstrated the power of micro targeting key community activist for increasing voter registration and mobilizing the voters. In addition, the Obama campaign additionally showed the advantage to targeting minority groups for voting and expanding the Democratic Party.

While progressives organized communities, liberty-minded Ron Paul sparked a new liberty movement. This grassroots revolution was fueled by a desire for economic opportunity, smaller government and cautious foreign intervention. The “Ron Paul Revolution” had strong appeal amongst disenfranchised voters including minorities and youthful citizens. Despite Dr. Paul retirement from Congress, two manifestations of the grassroots movement live on in the Tea Party, focused on lower taxes and debt, and The Liberty Movement, focused on spreading libertarian ideals.

To stay relevant, the Republican Party needs to adapt. Conservatives can learn from Saul Alinsky’s 13 “Rules for Radicals” about how to strengthen their political activism. A colorblind conservative message of smaller government and economic opportunity appeals to a broad swathe of the United States, from the broadly libertarian-minded millennial to immigrants seeking the American Dream. Conservatives can win these communities by emphasizing economic opportunity and individual freedom.

There is some cause for optimism in consideration of the Latino vote. Last year, independent pollster, Resurgent Republic, sponsored four focus groups among Latino voters in New Mexico and Nevada. Each respondent voted for President Obama in 2008, but remained undecided on the presidential ballot, before Romney’s selection to represent the GOP. Many identified as “independent,” although nearly 60 percent leaned Democratic.

Yet, while a majority self-identified as Democrats, the Resurgent Republic report reveals that there is a sizeable number of swing voters (20 to 30 percent) who may lean left, but do not hold a strong affiliation. These voters are primarily concerned about the direction of the economy, quality education (school choice gains traction), and the creation of good jobs. FreedomWorks shares the report’s conclusion: “If conservatives are to increase their support among Hispanics, they will need to connect with these voters.”

As a born and raised Texan who is also a liberal and tax-paying software developer (in other words, not some layabout stereotype y'all love to use to demonize us as), I look forward to this change. While Democrats are still too moderate for me, this is a step in the right direction. You can't ignore us anymore. We are Texans too. See you at the voting booths :)