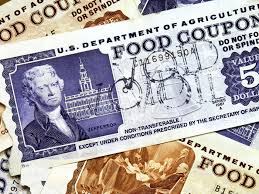 As he readily admits, Undersander should never have even been considered for SNAP benefits because, much to the surprise of the Department of Agriculture, Undersander is a millionaire.

Speaking to Fox Business after submitting testimony to Congress highlighting the problem, Undersander said “At the time my wife and I were recently retired, drawing very little income living off our savings, living very well and I thought to myself, 'would I be eligible for this?' So I filled out the application and three weeks later I'm getting hundreds of [dollars' worth] of food stamps — I couldn’t believe it.”

Undersanders’ case, although an outlier, highlights the flaws in the way SNAP is currently administered. More specifically, as the Foundation for Government Accountability points out, it highlights a loophole known as the “broad-based categorical eligibility” loophole that “has allowed millions of people nationwide who don’t meet eligibility requirements to enroll in the food stamp program—including millionaires.”

The issue with the existing structure of SNAP is that anyone who receives Temporary Assistance for Needy Families (TANF) benefits is considered automatically eligible for SNAP. TANF benefits are federal grants given to the states and distributed as time limited assistance for families with children to promote employment and responsible parenthood. The problem with granting categorical eligibility to all those who receive TANF benefits is that there is broad diversity of benefits that count for categorical eligibility. Most shockingly, receiving as little as a few informational pamphlets as part of a TANF public outreach program qualifies for categorical eligibility.

Another issue associated with categorical eligibility that was highlighted by the Undersander case is that the government does not take income or assets into account when considering SNAP applications from TANF recipients. As a millionaire, there is absolutely no reason that Undersander should have ever even been considered for SNAP benefits. Yet, because the Department of Agriculture fails to do even the most basic of financial background checks, many like him that don’t really need benefits are receiving them, dramatically reducing the amount of resources that are available to help those who are truly in need.

Not only does this create a problem of double-dipping (receiving redundant benefits by gaming the welfare system), but it also allows millions who should not be eligible for SNAP benefits to skirt the rules through the loophole. Luckily, through the work of dedicated and upright citizens like Mr. Undersander, the Trump administration recently issued a proposed rule through the Food and Nutrition Service (FNS) seeking to close this loophole once and for all.

In an effort to ensure SNAP benefits are being efficiently distributed to the truly needful, FNS seeks to redefine categorical eligibility such that it is only granted to those who receive “ongoing and substantial” TANF benefits in excess of $50. The rule would also consolidate disparate rulings around the issue, creating a more consistent nationwide policy to ensure that categorical eligibility isn’t being abused by any particular state as a means to receive more federal money.

Should this rule be adopted, the categorical eligibility loophole would close, ensuring that those who are granted auto-eligibility for SNAP benefits are those individuals who are truly needful of such assistance. It is through closing such blatant loopholes that we should seek to fix the mess of regulations that surround welfare, hopefully providing a pathway to more substantial reforms in the future.