The Minimum Wage Doesn’t Help the Poor, It Traps Them 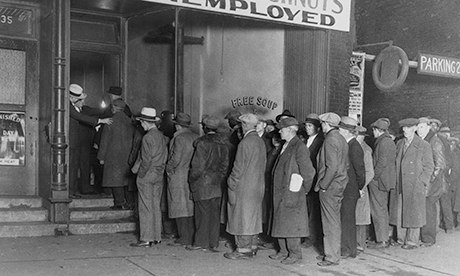 Republicans hate the poor. Why else would they consistently oppose increases to the minimum wage? This is the progressive drumbeat that we have heard year in and year out for as long as anyone can remember, and will continue to hear as Congress tries to push for $10.10 federal minimum wage later this year. But a fallacy can only persist for so long before reality starts to catch up. It’s time to put this talking point to rest once and for all. The myth that higher minimum wages help the poor has finally run its course.

The sad truth is that minimum wages eliminate opportunities for the people who most need them. When labor is expensive, firms will only be able to justify hiring applicants with the highest skill levels, the most education and the most experience. These people certainly deserve to work, but what of their less fortunate counterparts? What of the young workers with no experience, trying to enter the labor force for the first time? What of workers from poor households who have not had the opportunity to acquire a first-rate education? What of the displaced workers who lack the skills necessary to succeed in a highly competitive job market?

It is these people, the ones who need the most help, who are, perversely, most harmed by mandated minimum wages. The bottom rung of the employment ladder has been yanked out of their reach, and where they might have once scraped together a meager income while acquiring the skills necessary to advance to a better position, they are now trapped in a cycle of poverty from which there is little hope of escape, forever dependent on government handouts with no prospects of improving their situation.

Liberals like to assert that higher minimum wages don’t adversely affect employment, pointing to the same handful of methodologically flawed studies that attempt to oversimplify the inherently complex system of labor markets. But even the most progressive of economists, Obama administration apologist and New York Times columnist Paul Krugman, was forced to admit that this runs counter to all accepted economic theory. The fact that when prices rise, people buy less, is no less true for labor than for any other good in the marketplace.

Employers respond to higher labor costs in a variety of ways, all of which make things harder for the people Democrats claim to care about. The first is that oft-lamented scourge of mid-western factory jobs: automation. When labor becomes more expensive than machines, the most well-heeled, agile companies will be the first to substitute technology for people. As it turns out, these are the same companies that employ the majority of minimum wage workers, the most likely casualties to automation.

We have already seen this happening in gas stations (remember when full service was a thing?), grocery stores, and now even in some restaurants, where ordering food via the push of a button is starting to replace face to face human interaction. Artificially increasing labor costs will only result in more sad stories of displaced workers being pushed out of their profession by less expensive computers.

The second, and potentially more harmful impact of mandating higher costs is a corresponding increase in prices as employers attempt to pass along their greater expenses to consumers. The assumption underlying the argument for higher minimum wages is that the rich will simply absorb the additional costs in the form of lower profits, but the simple fact is that we cannot directly control who bears the cost for price increases. Employers have no incentive to sit on their hands and accept losses to profits when they can raise prices to make up the difference, and when this happens on an economy-wide scale the result is inflation.

For anyone who doubts this, consider the fact that McDonald’s recently raised prices on its popular and longstanding “dollar menu” to keep pace with rising costs. Inflation harms all consumers, but the burden falls most heavily on low-income Americans, who spend a greater portion of their incomes than the rich.

Higher minimum wages, contrary to their stated purpose, throw the poor under the bus, locking them out of the potential to earn a living and improve their marketability, and creating higher prices that make it harder for them to make ends meet. It’s time to stop deceiving workers into thinking harmful economic policies are actually in their best interests. It’s time to stop legislating people into perpetual poverty.