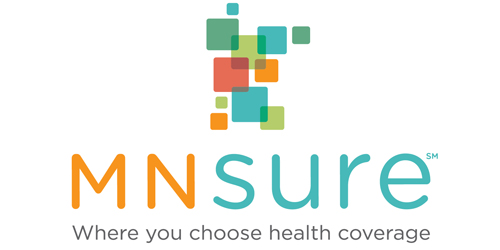 In King v. Burwell, the Court did not just ignore plain meaning of the words “established by the State,” but opened up a whole new can of worms as well.

After the King decision, states can now get rid of their health exchanges and move their citizens to the federal exchange without forcing them to give up their subsidies. Since insurance exchanges are costly and often more trouble for politicians than they are worth, states may now decide it is better just to shut down their own exchange. Minnesota is considering just this move.

It was recently announced that a software problem with MNsure forced 180,000 Minnesotans to have their MinnesotaCare and Medical Assistance renewals delayed. This created a dilemma for politicians: deny coverage to people in need, or contribute to the insurance of some ineligible people, typically 5 to 10 percent of enrollees. Not surprisingly, the politicians choose the second route.

Another problem with MNsure is that 24,000 Minnesotans did not even receive a bill for a full half-year. This has created two problems. First, there is uncertainty over how much each individual should be required to pay. Second, many individuals that had to budget for each month’s premium will now be required to come up with a half-year’s worth of premiums.

MNsure is scheduled to cost $229.6 million through June 2017. However, most of this will be covered by the federal government, Minnesota will only pay $16.5 million. For this price, the state has received software that cannot update basic life changes such as marriage or birth of a child.

Minnesota has created a new 33-person task force, the MNsure Advisory Task Force, that will begin meeting this month to discuss the future on MNsure and MinnesotaCare. The task force is to make recommendations to make the health insurance exchange more efficient and sustainable, which are due January 15.

Members of the DFL have also acknowledged problems with the state exchange but are in less of a hurry to switch to the federal exchange. “To just say outright, ‘ok we’re going to the federal exchange’ is kind of premature. But [we] certainly wouldn’t take it off the table,” said Representative Tina Liebling (DFL). “Obviously it’s not working for the people it’s supposed to be working for and that’s really frustrating for everybody.”

It is not just Minnesota that is considering getting rid of their state health insurance exchange. Arkansas has already scrapped their partnership exchange in favor of dumping its citizens on the federal exchange. In addition, Vermont and Rhode Island are considering dropping their state exchanges in a post-King world.

The King decision was not only poor legal reasoning, it opened up the door for states to scrap their exchanges and move their citizens to the federal exchange. This is just another step towards a single-payer health care system.