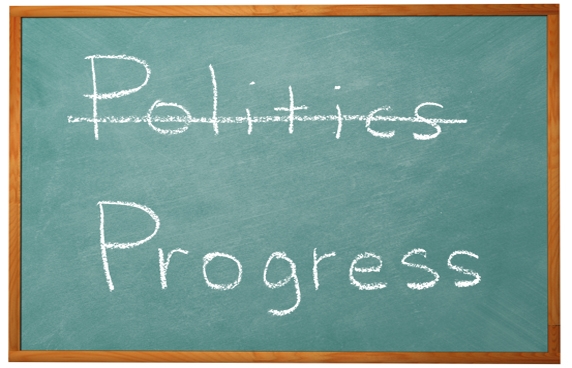 Bullock vetoed one and the other became law after the designated waiting period without objection or real input from the governor. In a state that was pushing to expand school choice, end Common Core, and reform student internet privacy, how was so little passed? Republican Senator Chris Hansen recently blamed the incredible power that teachers' unions hold over state politics:

“In Montana, if there’s any bill that isn’t 100 percent supported by the teachers’ union, the first claim is that it’s unconstitutional,” Hansen said. “The unconstitutional claim falls on a segment of the Montana constitution...Our constitution gives a division of power over education,” Hansen continued. “It is [the state legislature’s] responsibility to establish a free system of public schools. The next clause establishes the [Montana Board of Public Education] and gives the board general supervision over the public school system. That’s it. We’re supposed to be a local-control state, but that is totally broken in Montana.”

The constitutionality of the proposed bills wasn't the only thing causing frustrations. Efforts to repeal Common Core proved just as futile:

“Once I saw who was on the committee, I knew it wouldn’t get out of the Senate,” Lamm said. “Democrats were stacked with educators who wouldn’t buck the system.”

The power that teachers' unions hold over state continues to stifle efforts that strengthen the rights of parents over who can teach their children, and where and how they are taught. According to Senator Don Jones:

“The thing we have to do in Montana is to educate the people...When you get into these smaller communities, the first thing they’re afraid of is [school choice] getting their school shut down and often the school is the backbone of the community and the only thing bringing in revenue..."

Teachers' unions throughout the country have not only backed progressive candidates, but have stifled much-needed education reform in the past. Recently though, a large number of teachers who have broken the pattern of sticking to the regular progressive agenda have actually began to speak out against flawed programs such as Common Core. In January of 2015, the New Jersey Education Association was one of the first to take aim at Common Core and fight for the rights of parents and teachers:

These unions need to start looking out for the rights and privacy of students and their families, not backing legislation or candidates that create failed programs and harm the education of future citizens.