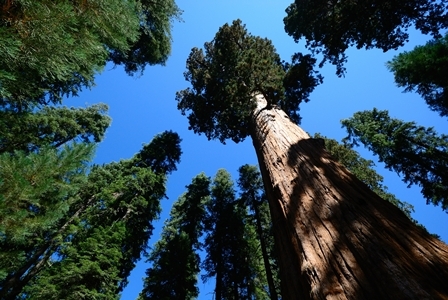 Recently, I reported on the ambiguous rules and potential conflicts of interest involved in the voluntary forest certification programs that are being encouraged by the Environmental Protection Agency (EPA). As I said then, adherence to these programs may not, in fact, be fully voluntary and may be frought with severe economic impacts, conflicting interests and the potential for abuse. Now, even the editorial board of a major newspaper has noticed.

This past Sunday, The Oregonian Editorial Board wrote:

LEED certification has become a must-have for many government agencies that want new buildings to say something about their values. The paperwork and auditing alone can boost the cost of even a modest project by tens of thousands of dollars, but public officials often spend the money gladly in exchange for a label that says, in effect, "we care about environmental and employee well-being." It's branding, government style.

Oregon's public sector would be far less enamored of the LEED label, however, if more taxpayers were aware that the certification process discriminates against the state's extensive forest products industry. They might even avoid it entirely for the message its use sends unintentionally: "We care more about environmental branding than Oregon's economy."

LEED (Leadership in Energy & Environmental Design) is a program of the U.S. Green Building Council (USGBC). It maintains rating systems for various types of projects, which collect points toward certification by incorporating elements related to green design, product origin and so forth.

Now, personally I'm not quite convinced that the latte sipping bike riders in downtown Portland would ever switch their views in favor of jobs over the environment, but at least a major publication in this state is noticing.

Plus, the wood products industry in Oregon certainly is noticing. Evidently, LEED construction certification only awards points for wood certified by the Forest Certification Council (FSC). You may remember FSC from my previous report and the push to create a virtual monopoly for their certification in domestic production. This monopoly, according to a recent study, would severely limit production, destroy jobs and increase costs.

Compared with the relatively less burdensome certification program offered by the Sustainable Forestry Initiative (SFI), the FSC program covers a tiny proportion of the wood products available for production in Oregon:

Oregon has more than 3 million acres [of SFI certified forestland]. Of ... the LEED-preferred [FSC land] ... the state has fewer than 138,000. New Hampshire has more.

Why, you ask, don't all those Oregon forest owners just call up FSC and get themselves LEED legal? The answer -- surprise! -- is complicated, and it has a lot to do with the nature of west-side Oregon forests and with modest differences between the programs themselves.

"Substantively, there isn't a huge difference" between the two programs' requirements here, says Kevin Boston, a professor at Oregon State University's college of forestry. But small differences can matter, and one, he points out, involves maximum clear-cut size. SFI, echoing state rules, targets 120 acres. That's roughly twice the area of FSC's regional maximum. While clear-cuts may not be popular, they're appropriate in forests dominated by Douglas fir, a species that needs full sunlight to regenerate.

That's one reason Roseburg Forest Products has not sought FSC certification for the 460,000 acres of forest it manages in Oregon, relying instead upon strict standards contained in state law. The company has obtained FSC certification, on the other hand, for 175,000 acres of forestland it manages in California. The terrain in Oregon lends itself to larger harvest units, says Eric Geyer, the company's manager of external affairs and corporate development. And so do the trees themselves. The company's California land is heavy on pine, and its Oregon land on Douglas fir.

Several industry officials are speaking out, saying that LEED should recognize more certification programs. Indeed, FSC certification can act to shut Oregon wood out of Oregon public works projects. Officials point out that FSC certification can be more favorable to foreign wood production than domestic, and that foreign wood can paradoxically be produced under less stringent conditions. Instead, with the backing of the EPA, environmental groups are attempting to pick winners and losers. But at least the local paper is starting to notice - and that's progress.

I live in Klamath Falls, Oregon which is a wonderful community. Klamath Falls is in southern Oregon just 20 miles North of the California border. Klamath County has large private and public forests, many large cattle ranches, and beautiful marshes and lakes, which attract thousands of migratory birds throughout the year.