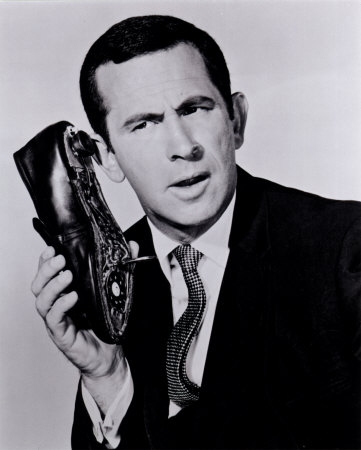 news over the past few days, and none of it is good if you're a global warming hysteric who wants to control our overall use of energy. Last week, the Intergovernmental Panel on Climage Change (IPCC) released its Fifth Assessment Report on Climate Change, stating that it is 95% certain that humans are causing  global warming. Critics were quick to counter the claims, stating that the computer models have already been shown to be obsolete and founded on bad assumptions. In the midst of all this, it appears that the gatekeepers at peer reviewed journals are still doing everything possible to suppress or ignore evidence that the theory is just simply not holding up against observed facts.

On Monday, Chip Knappenberger of CATO said that the computer climate models really are a house of cards. In a phone interview, he stated that the known science is incomplete and that not nearly enough data exists to provide a complete picture of the climate as it exists now. In a blog post prior to the IPCC report, he pointed out why:

The  central issue of climate change science is the earth’s equilibrium climate sensitivity (ECS)—that is, how much the earth’s average surface temperature will increase as a result of a doubling the atmospheric carbon dioxide concentration. New and mutually consistent re-assessments of this important parameter are appearing in the scientific literature faster than the slow and arduous IPCC assessment process can digest them (presuming it even wants to—given that they are making the current AR5 look pretty bad).

Further, even if the IPCC is able to do an adequate job of assimilating this evolving and quite convincing science, the vast majority of the rest of the IPCC’s report will also have to be changed as it is highly dependent on the magnitude of the climate sensitivity.

Knappenbeger states that the IPCC knew about this, but cut off all literature review at a July 2012 deadline so that they could attempt to give a coherent review of the science. But that means that the report was doomed to be obsolete before it was even commissioned. This is why, he points out, the IPCC is a completely impotent body. It simply can't keep up with the available science due to its intergovernmental bureaucracy. He goes on to say that there is new science emerging that shows that the earth's climate is fully half as sensitive to increases in atmospheric CO2 as was previously assumed, meaning that the baseline assumptions of all the computer modeling on which this theory is built are completely incorrect. If only someone had examined the computer models ahead of time to help ensure that they were accurate.

In my best Maxwell Smart voice: Would you believe they've already done that? Knappenberger authored an article that was submitted to the peer reviewed journal, Geophysical Research Letters, examining the baseline assumptions of several leading computer models. They found the models to be lacking in credibility, as reported by Judith Curry (who knows a little bit herself about having data suppressed that would harm 'the cause'):

A few weeks ago, I ran a  post Overestimated global warming over the past 20 years that referred to a recent paper published in Nature Climate Change by Fyfe et al.  This paper starkly laid out the discrepancy between CMIP5 model projections and observations of global surface temperature change.  This wasn’t exactly news to those of us who follow the skeptical blogosphere; we have seen similar analyses by John Christy (presented in his Congressional testimony) and the analysis of Ed Hawkins that was made famous by David Rose’s article.

My blog post on the Fyfe et al. paper triggered an email from Pat Michaels, who sent me a paper that he submitted in 2010 to Geophysical Research Letters, that did essentially the same analysis as Fyfe et al., albeit with the CMIP3 models.

Curry reports the extraordinary steps this paper endured in the review process:

Drum roll . . .  the paper was rejected.   I read the paper (read it yourself), and I couldn’t see why it was rejected, particularly  since it seems to be a pretty straightforward analysis that has been corroborated in subsequent published papers.

My own personal reaction to the rather lengthy reviews (12 pages worth) is that all of the reviewers rejected the idea that IPCC model projections could be compared in such a way that led to the conclusion that indicate cause for concern regarding the consistency between climate model projections and observed climate behavior under conditions of increasing anthropogenic greenhouse-gas emissions.

Three years later, it seems pretty obvious and widely acknowledged that climate models have been unable to correctly capture the earth’s surface temperature evolution over the past several decades. Lucia continues to do good work on this subject; head over to her blog for a technical discussion on this topic and the Michaels et al. paper.

And this gets us to the real nugget from the latest IPCC report - they completely gloss over the observed 'pause' in temperature changes. Indeed, it's been over 15 years since any rise in temperatures has been observed. Now granted, that's an infinitesimally small geological time period, but then again, that's exactly what the global warming hysterics are asking you to examine, while ignoring the rest of geological history as we presently understand it.

So a report that is obsolete before it's even released, that is built on a house of cards and faulty assumptions, that willfully ignores available science that doesn't agree with the preconceived theory - THIS is what we're supposed to take into account when shaping public policy?

No wonder the skeptic community is growing.

There is plenty of ambiguity in models of so immensely complex a phenomenon as global climate, and plenty of questions that remain unanswered...like why the Old South seems to immune to temperature changes that are prevalent in the rest of the US? But there is really little doubt that catastrophic changes are highly likely as the result of the increasing level of greenhouse gases like CO2 and methane. The real questions are political ones, about deciding what kinds of policies are effective and least damaging that will combat this developing crisis. The author would be better giving up his denials, and focus on how conservative thought can help us focus on more effective solutions to the problem!

Related Posts
When It Rains, It Pours on ObamaCare
"https:\/\/www.freedomworks.org\/content\/when-it-rains-it-pours-obamacare?social=facebook_share"
null
https://fw-d7-freedomworks-org.s3.amazonaws.com/styles/thumbnail/s3/te_social_media_share/fw_default_0.jpg?itok=35IWEBMb
Blog

When It Rains, It Pours on ObamaCare

As public and political opposition mounts, FreedomWorks has compiled a list of relevant articles and videos in the fight against government-run healthcare. Fight on and enjoy!    Sen. Coburn (R, OK), a former doctor himself, hits it out of the park in this video: http://www.youtube.com/watch?v=jO_QGwKx_rE           h/t Club For Growth

It Ain't Easy Being Green

It's no surprise that many free-market advocates were worried by President Bush's speech on climate change last week (see here, for starters) -- I know I wasn't thrilled with it. But maybe he was hoping to bring some liberals (or, more likely, moderates) over to his side? Well, looks like his speech, which announced a goal of leveling off greenhouse gas emissions by 2025 didn't have much success.

I'm in the American Spectator this morning with a piece speculating on the motivations behind Bush's global warming speech yesterday. One thing I didn't note was that McCain's people are probably frustrated by this. While Bush didn't go all the way in endorsing cap and trade, as McCain has, he did substantially moderate his position on the issue, meaning it will be even tougher for McCain to differentiate himself from the current administration.

The UN is meeting in Bali this week. Can anyone say pina coladas and sunbathing?!

What's Responsible for the California Wildfires?

Most people think its the Santa Ana wind phenomena, combined with too much underbrush buildup from years of zero-tolerance policies towards wildfires. But yesterday, Sen. Harry Reid suggested global warming was to blame (and later backed away from that statement).