Facebook is all about the people you know.  They may or may not want to hear about your ideas, whether they agree or disagree with them.

If Facebook is for the people from your high school days, Twitter, it's said, is for the people you would have liked to have been there.  You can get to know a lot about a person, 140 characters at a time -- or you can think that you do. In the end, those sites are focused on personalities, and not on using ideas to bring people together.

FreedomWorks maintains a great resource for political activists,  Freedom Connector.  There you can connect with like-minded people in your area using the handy geo-locator feature, and follow local announcements and breaking news -- and make your own.

Activist and software developer Ron Robinson helps campaigns run their social media and maintain voter communication.  "I love Freedomworks' FreedomConnector," Robinson said, "and have used it many times to connect with new people in my own neighborhood.  I'm not quite as good as I should be at answering every email that comes to me from people who have discovered me through FreedomConnector.  But if they are paying attention, they know they can always contact me as a GOP official in the community and come to our local meetings."

Freedom Connector is there to help activists within the limited government movement to organize.  What about outreach? What about talking to people who don't agree even broadly with those ideas ... yet?

Volkalize.com is a new social networking site with a different way of looking at what it means to be social online. I caught up with Jordan Bosstick, President of Volkalize, at the recent Blog Con 2013. Volkalize launched a public beta test May 20. 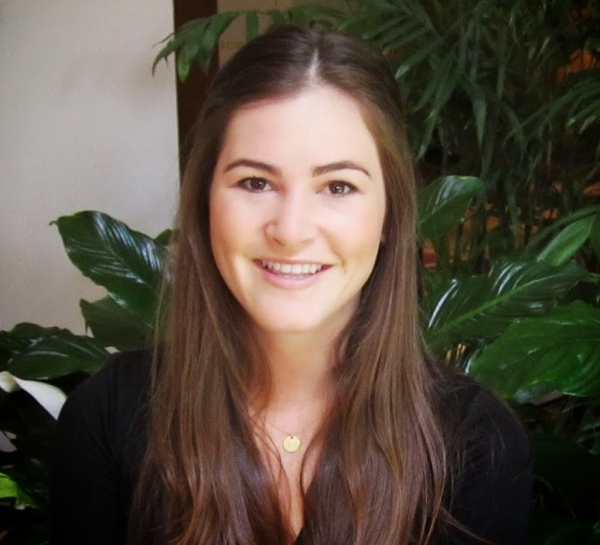 FW: Jordan Bosstick, you’re from San Diego. How long have you been involved in politics and that sort of stuff?

JB: I started getting really involved at the end of high school and beginning of college, and then started working on my project about two years ago.

FW: What other groups have you been involved with around San Diego?

JB: I was involved with the College Republicans at Arizona State University. I was their Communications Director. When I moved back to San Diego this last May, a year ago, I joined the Fairbanks Republican Women. I do their social media.

FW: Do you see a lot of other young people in the liberty movement in your area?

JB: Not so much in my area. I find that with a lot of people you have to push them to really come to things. But in Arizona there was a lot more, and I feel that when I go to big conservative events there are lots of young people.

FW: What makes you want to do all of this?

JB: I describe it as hitting that threshold of knowledge where I realized how important it was, and how much I didn’t know, and I became obsessed with politics. When you realize how much it affects your life, and you realize that as an American you have a responsibility to preserve the free world -- and I truly believe it’s at stake -- I think that’s why I’m obsessed with politics.

FW: What is your company?

JB: We want to people to feel like they can express their opinions, but if there is anything threatening, or obscene -- we want the conversations to be appropriate for public discourse, so we do moderate. When users do become inappropriate, we will contact them and say, “That was inappropriate for this reason, please repost your opinions without any threatening or obscene language.

FW: As far as the actual content of the discussion, you don’t moderate that at all.

JB: No. We want all ideologies expressed because the reason I really started Volkalize was to increase engagement. Most people think media is so biased that they don’t listen to either side, because if they listen to a more liberal-leaning site or television broadcast, they know it’s liberal, and if they listen to a more conservative-leaning broadcast they know it’s conservative. So they don’t ever feel like they’re getting a true debate on both sides.

FW: And do you believe that most people are a mix of ideologies, not just liberal or conservative?

JB: Even here at BlogCon, you could there’s a wide variety of interests and ideologies, so I don’t anybody really agrees with a party -- Republican, Democrat, or Libertarian -- 100%. So the point is to show the people the debate, and have them make up their minds themselves.

FW: So on your site, the goal is for people to argue based on their ideas, not win the debate based on who they are, is that right?

JB: Yeah. Your party affiliations and stereotypes are left out. So on Volkalize people will see what you say, and then they can go visit your profile if they want, and your blog or donation page or whatever is linked to your profile, so they can connect with you outside of volkalize if they like what you’re saying on volkalize.

FW: Some people see Volkalize as great way to begin refactoring our politics. So we’ve got a left-right paradigm, and everybody feels like they have to fall into one of those categories.

There is a lot of work that goes in to creating a social networking site.  It takes a long time, or a special set of circumstances, and a dedicated core following. It also takes a great idea, and a willingness to believe in that idea. Volkalize, like Facebook, Twitter, and Freedom Connector, has that.

(At the time of this writing, Volkalize has no current or planned financial or legal relationship with FreedomWorks, me, or Ron Robinson.)

just as Annie responded I didnt even know that a mom can earn $5489 in one month on the internet. did you read this web site Rich4.C0M_

WHAT: FreedomWorks and Young Americans for Liberty at Bowie State are hosting a "Black Empowerment and Economic Opportunity" panel discussion led by FreedomWorks Outreach Director Deneen Borelli. Panelists on both sides of the political aisle will debate topics including entrepreneurship, school choice, financial literacy, and growing the economy in urban communities.

The FreedomCast - Episode 28 - George Scoville: Boston Bombing and the Power of Social Media to Connect During Crisis

On today’s edition of the FreedomCast, media strategist George Scoville who was present at the Boston Marathon during the bombing joins me to talk about his first hand eyewitness account of the scene and how social media changes how we see, report and react to breaking news. Have a suggestion for an upcoming FreedomCast episode, or a comment?