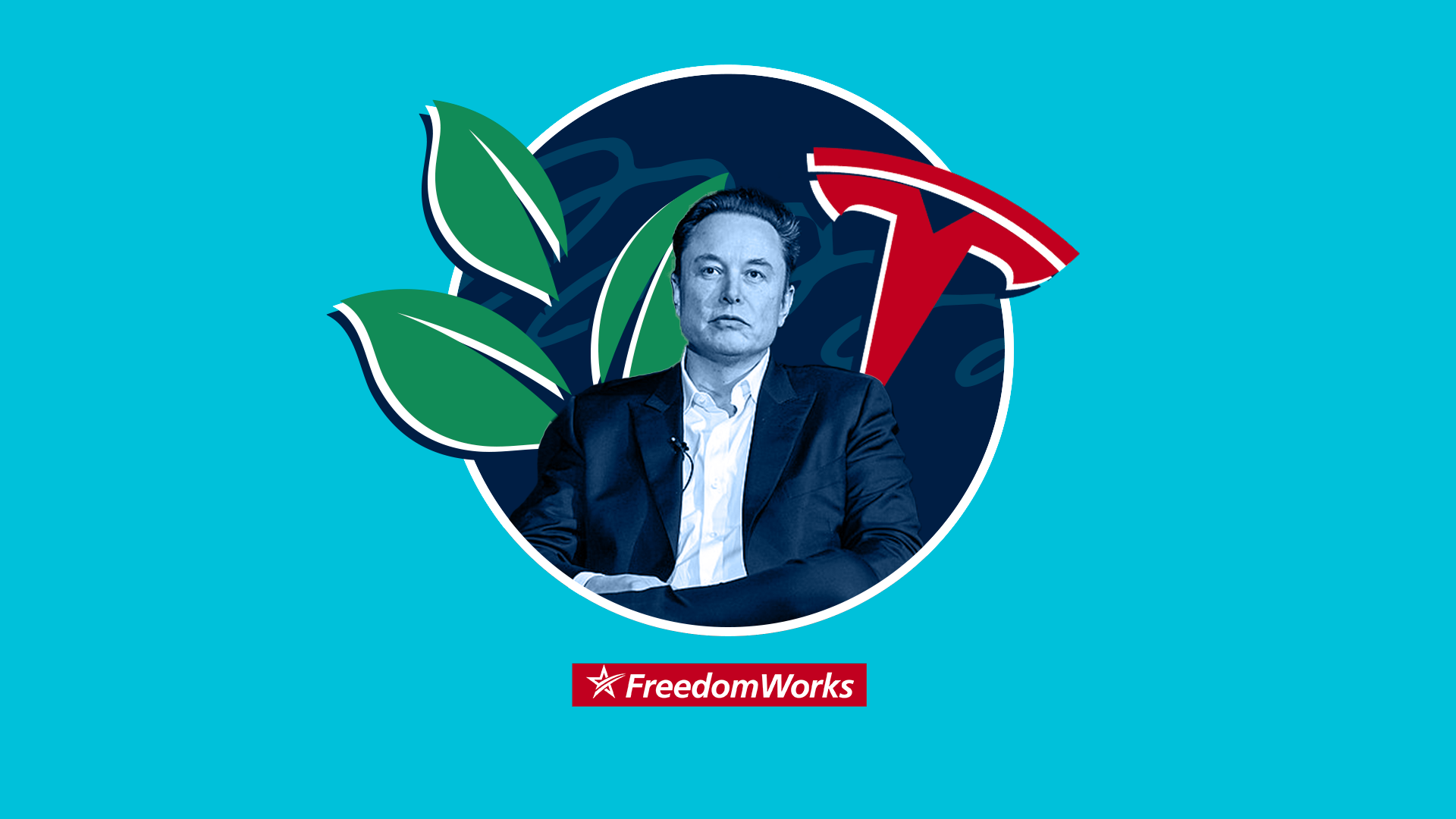 Elon Musk took to Twitter this month to speak the truth: “ESG is a scam.” Attacks from left-wing “wacktivists” ensued, while Mr. Musk sat back and grabbed his popcorn, clearly relishing the outrage and “woke” backlash. But for every blue check criticizing Mr. Musk, there were just as many people cheering him on, applauding this voice of reason and courage emerging from the muck of business leaders who have embraced Environmental, Social and Governance standards to appease the woke.

What drove Mr. Musk to point out this truth to his more than 94 million Twitter followers is the fact that Tesla failed to make the S&P 500 ESG Index. This index is a “broad-based, market-cap-weighted index that is designed to measure the performance of securities meeting sustainability criteria while maintaining similar overall industry group weights as the S&P 500.” Translated, this list is meant to highlight the largest publicly traded companies in the U.S. that adhere to ESG standards. These standards include sustainability initiatives (the “E”), how well the company promotes social causes within and without (the “S”), and the diversity of a company’s staff as well as the quality of the code of conduct it enforces (the “G”).

Meeting ESG standards is not exactly something to wear like a badge of honor. They are malleable and reward companies only if they promote the causes the woke left cares about, which are becoming increasingly fringe and radical. Lockheed Martin is a classic case study in the mutability of ESG standards. Recently, the company has been “aggressively positioning” itself as a “deterrence” company rather than a “defense” company. But the change in name doesn’t change the fact that they make weapons — it’s just a way to make weapons creation more palatable.

Margaret Dorn, senior director and head of ESG Indices, responded to Mr. Musk, saying that Tesla didn’t make the cut because of its “lack of a low-carbon strategy” and “codes of business conduct.”

Ms. Dorn’s first reason for kicking Tesla off the list illustrates just how capricious and superficial ESG guidelines and those who measure them tend to be. How is it that Tesla, a company whose mission is “to accelerate the world’s transition to sustainable energy,” does not meet environmental standards? The woke left was happy to rally around electric vehicles when talking about the necessity of passing Mr. Biden’s roughly $2 trillion Build Back Better budget. But when it comes to recognizing a company that is actually making those vehicles and working toward a greener future, they couldn’t care less. Additionally, as Mr. Musk mentioned in his tweet, the fact that oil company Exxon was included in the index is enough to destroy the index’s credibility.

Ms. Dorn’s second point about Tesla’s “codes of business conduct” should raise eyebrows, too. After all, how can you really assess the quality of a company’s culture unless you work there? How much of what goes into this list is speculation, and how much of it is based in reality?

The woke left willingly turning a blind eye to the good Tesla does for the environment has a whole lot to do with their dislike of Mr. Musk. Maybe the reason why they so vehemently dislike him is that he prefers to think for himself?

Tesla was excluded from the S&P 500 ESG Index over politics. It really is that simple. When you scratch beneath the platitudinal veneer of social responsibility and making the world a better place, ESG guidelines are exposed for what they really are: A way for the woke left to control companies. Like all the other three-letter devices employed by the left — think critical race theory and social-emotional learning — ESG is just another way to sow division and hate among American citizens.

Mr. Musk knows this and took to Twitter once again to write out a resolution that should cause all voters to deeply reflect ahead of November’s elections: “In the past, I voted Democrat because they were (mostly) the kindness party. But they have become the party of division & hate, so I can no longer support them and will vote Republican.”

ESG is political, and Mr. Musk responded in a political fashion by saying he’s voting Republican. Aside from being the prudent and logical thing to do, this is true patriotism. Instead of standing on the sidelines, Mr. Musk took a brave step in not only calling out ESG for what it is, but in pledging to vote for candidates who are running in opposition to it. He understands that the consequences will be dire if ESG is not stopped. We would be wise to heed his warning.

Key Vote NO on the ESG Disclosure Simplification Act, H.R. 1187

On behalf of FreedomWorks’ activist community, I urge you to contact your representative and ask him or her to vote NO on the ESG Disclosure Simplification Act, H.R. 1187, introduced by Rep. Juan Vargas (D-Calif.). This bill would require the Securities and Exchange Commission (SEC) to define environmental, social, and governance (ESG) metrics and require publicly traded companies to disclose certain ESG metrics to the SEC in annual filings.