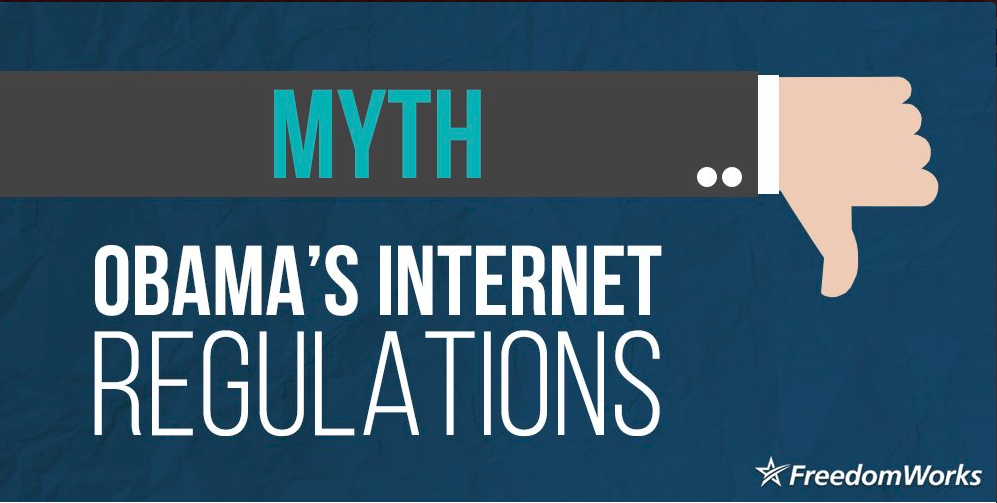 But such reports intentionally mislead readers by excluding satellite and wireless ISPs from their competition metrics. The chart below shows the percentage of United States residents who have access to zero through eight or more providers. When including wireless and satellite options with wireline broadband, 84% of United States residents have access to internet services from five or more providers. Broadband competition is more widespread than net neutrality proponents want you to know.

If broadband markets were truly monopolistic, wouldn’t American ISPs collect more profit than supposedly more competitive European markets? Analysis shows that most European ISPs earn larger profits than their American counterparts. Higher costs in America are attributed to a number of factors, the principle one being population density. The United States has a lower population density than nearly every country in Europe. This means that cable broadband has more customer connections per mile in Europe than in the United States. You would have to use more cable to reach a similar number of people, making internet services more expensive to deliver. The United States also avoids distortionary subsidies and price controls employed in other countries.

Net neutrality proponents also ignore the fact that there are alternative methods for internet access beyond broadband. Smartphones and tablets connect individuals to high speed 4g LTE service. Pew Research reports that 13% of Americans currently subscribe to smart phone services but not broadband. While smartphones may not provide identical web-capabilities that cable broadband does, they nonetheless compete with ISPs for customers.

The real problem in the American broadband market is adoption, not competition or access. Many individuals simply refuse to use, or in technical terms, “adopt” the internet. Currently, 73% of United States adults are home broadband users. Among internet-nonusers, neither broadband price nor availability significantly hinders adoption. The chart below displays that 6% of nonusers cite broadband prices as obstacles for adoption while another 6% say the same about broadband availability. The overwhelming majority (88%) of nonusers cite different concerns, such as the 48% who claim that they have no good use for the internet. In other words, some consumers believe their money is better spent elsewhere than on the internet, even if they have access to affordable services. This is evident when considering the vast ubiquity of cable television, which tends to be equally or more expensive than cable broadband subscriptions.

Net neutrality proponents wrongly misinterpret adoption to mean access. An OECD report displays data for 2010 broadband adoption rates, but labels them as “broadband access rankings.” The chart above showed us that adoption does not mean access. Many household consumers have access to broadband but choose not to buy it. Thus, access is better defined as broadband deployment, which measures the extent of broadband networks. The United States ranks second among OECD countries in deployment, with 85% of homes having access to either cable or DSL broadband.

Broadband in the United States is plenty competitive and fairly accessible. The country is a world leader in a number of categories, especially in cable and fiber deployment. With newer technologies such as augmented reality likely to transform internet usage in the future, why hamper such developments with more regulation? There’s no good reason.