The Naming of Leftist Catastrophes

This week, a global warming climate change alarmist group decided it would be great fun to petition the World Meteorological Organization to start naming violent storms after prominent deniers of their theory, despite a complete lack of evidence that violent storms are any more numerous today than in other years: "[W]e propose a new naming system, one that names extreme storms caused by climate change, after the political makers who deny climate change and obstruct climate policy.” Well, since the foolhardy pursuit of solutions to this myth, among many others, has caused countless economic and environmental catastrophes, let's turn the tables and name Leftist catastrophes, both economic and environmental, after the prominent progressives who have caused such widespread destruction and suffering.

The former Senator from Connecticut received so much favoritism from Countrywide Home Loans that it boggles the mind and begs the question why is he not in jail after the financial collapse that was caused by the subprime lending industry?  In return for all those sweetheart loans, Dodd helped pass legislation that made the American taxpayer back up virtually the entire mortgage industry, including the toxic loans that were fully guaranteed by Fannie Mae and Freddie Mac.

Tre Arrow, a green anarchist with many arsons under his belt, gained international fame for protesting logging by climbing a federal building in downtown Portland, Oregon in 2000 and staying perched on a narrow ledge for eleven days. An elaborate pully system with buckets was rigged for his food intake and waste expulsion, in a precursor to the Occupy movement. Because residents aren't allowed to harvest surplus timber, western forests are choked with excess fuel that burns quite well on hot summer days.

From 2003: "These two entities—Fannie Mae and Freddie Mac—are not facing any kind of financial crisis," said Representative Barney Frank of Massachusetts, the ranking Democrat on the Financial Services Committee. "The more people exaggerate these problems, the more pressure there is on these companies, the less we will see in terms of affordable housing."

4. The Great Michael Mann Hockey Labor Dispute of 2012
Michael Mann's infamous Hockey Stick Graph is so full of holes, it's a wonder that anyone takes him seriously anymore. We should continue to remind the world of his ham-handed association with the entire sport of hockey.

The governors of Oregon and Washington are doing everything they can to block expansion of coal exports in the Pacific Northwest. These exports would create thousands of jobs in a region where joblessness routinely exceeds the national unemployment rate.

President Clinton's forest action plan, designed to save the threatened (NOT ENDANGERED) Northern Spotted Owl, focused on habitat management and effectively killed the logging industry in Oregon. Turns out, of course, that all those jobs were lost for no reason, as the Spotted Owl is still declining - due to competition from an invasive species, not loss of old growth forests. Sorry loggers! 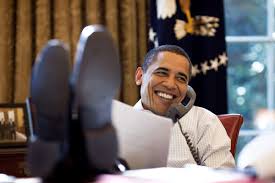