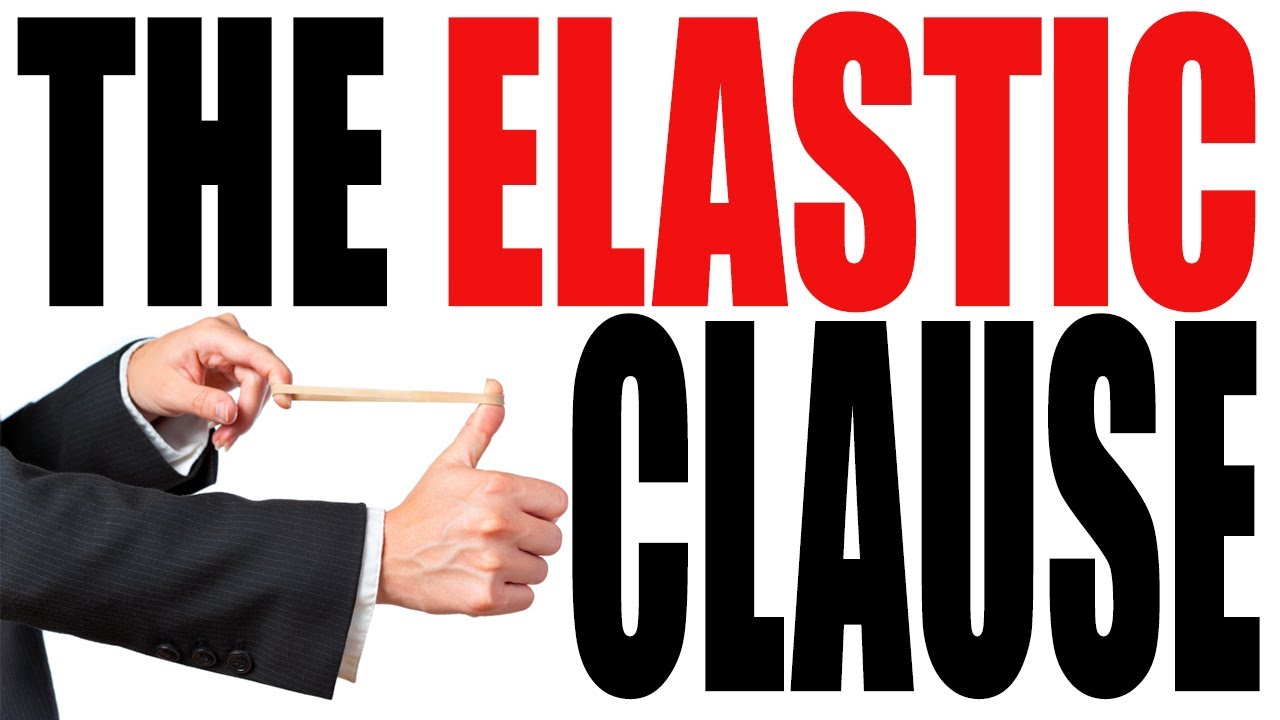 The Necessary and Proper Clause is often called the “Elastic Clause” because it is believed to give Congress “implied powers” that government is assumed to possess without being mentioned in the Constitution. There is a problem with this view: a government that is able to expand its power through an “Elastic Clause” is more likely to abuse its power.

The Anti-Federalist seemed to be proven correct in their assessment, when the Supreme Court decided in McCulloch v. Maryland (1819), a case dealing with the newly created Second Bank of the United States. The Court ruled that although there was no enumerated power that empowered Congress to create a bank, it was allowable under the Necessary and Proper Clause because of the enumerated powers to tax and spend. The Court was extremely deferential to Congress, basically determining if Congress thought it was necessary, then it was necessary.

Too many people on Capitol Hill hold this view, that if the government thinks an action is necessary, then it is proper for government to do so. However, our Constitution is a constitution of enumerated powers, as evidenced by the Tenth Amendment. The framers did not leave it up to the federal government to decide what powers it possessed, they granted only specific powers to the federal government, leaving the remaining with the states or the people. Necessarily, this broad reading of the Necessary and Proper Clause cannot be correct.

If the Necessary and Proper Clause does not grant unlimited powers to the federal government, then what does it do, and why is it there? According to Alexander Hamilton and Joseph Story, the clause is a “declaratory of a truth” which does not change the powers granted to Congress, only makes the expressed powers more clear.

In his Commentaries on the Constitution of the United States, Joseph Story writes that the legislative powers that exist in Article I Section 8 imply the means to execute the powers, or they would be dead letter law. Writing in The Federalist No. 33, Alexander Hamilton argued that it would not matter if the Necessary and Proper Clause was deleted from the Constitution or added to every article, since the clause does not add or take away from government power.

James Madison, in The Federalist No. 44, put it this way: “. . . wherever the end is required, the means are authorized; wherever a general power to do a thing is given, every particular power necessary for doing it, is included.”

Story wrote a concise explanation of what the Necessary and Proper Clause does in his Commentaries: “The plain import of the clause is, that congress shall have all the incidental and instrumental powers necessary and proper to carry into execution all the express powers. It neither enlarges any power specifically granted, nor is it a grant of any new power to congress.”

So when is a law that Congress is trying to pass under the Necessary and Proper Clause constitutional? To this Story said the law must be incidental to an express power and also necessary and proper to execute the express power. He goes on to further state that necessary really means necessary, and not just convenient. If the the phrase was convenient, rather than necessary, then the clause really would swallow up the powers delegated in Article I Section 8.

Over time, members of Congress have shifted away from the strict interpretation of the Necessary and Proper Clause, and today view it much more expansively than originally intended. What is the proper response to this government overreach? Madison gave his answer, “. . . a remedy must be obtained from the people, who can, by the election of more faithful representatives, annul the acts of the usurpers.”