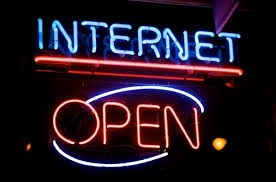 At precisely 12:01 am Friday, the new net neutrality regulations took effect after the D.C. Appeals Court declined petitioner’s request for a delay in the case. The day prior, a three-judge panel ruled the petitioners failed to satisfy the stringent requirements for a stay pending review. Had the stay been granted, the new rules would have been put on hold until the broader court battle is settled.

In denying the request, the new FCC regulations took effect first thing this morning. This means the FCC has the power to regulate ISPs, which are now classified as Title II telecommunication service providers and subject to common carrier regulations. The new regulations also include “stopping providers from selectively slowing the delivery of content to users.”

FCC Chairman Tom Wheeler praised the court’s decision exclaiming, “This is a huge victory for Internet consumers and innovators! Starting Friday, there will be a referee on the field to keep the Internet fast, fair and open.” Others aren’t as thrilled about the decision declaring the FCC’s actions unlawful. Scott Belcher, Telecommunications Industry Association CEO, stated the decision is “just one battle in the industry's fight.” “We will continue to challenge the FCC’s regulatory regime -- both in the courts and by working with members of Congress on both sides of the aisle.” Belcher remains hopeful that the court will invalidate the regulations in the end.

This is not the end of the battle though. There still remains the broader court case issues to be decided including determining proper legal treatment for regulating broadband internet access service. The court did decide to expedite the brief hearings making the process faster. By doing this, the court recognized just how important the matter is.

The hope now is that by rejecting the stay, pressure will be placed on Congress to render its own decision. Lawmakers on both sides are calling for compromise on net neutrality believing the issue can truly be one of bipartisan consensus. Democratic Sen. Bill Nelson remarked that preserving and protecting the internet is something “only legislation can provide.”

Analysis of Title II regulations of the internet
Tags FWF
Log in or register to post comments.
4 comments

Net Neutrality Regulations Make Their Debut, This one is really a great post, I really appreciate your work, Thanks for sharing this with us.
Get More Info. - https://www.webtechcoupons.com/offers/godaddy-renewal-coupons/

Isn't there ANY WAY to get THE ANTICHRIST OUT OF THE WHITE HOUSE???!!! He's AGAINST EVERYTHING
GODLY, PURE & DECENT. I keep praying, "HOW LONG, OH LORD, do WE-AMERICANS have to put up with the homosexual, muslim, communist/marxist REPROBATE WHO HATES AMERICA & TRIES EVERY WAY IN THE WORLD TO DESTROY HER!!!???

My best friend's ex-wife makes $75/hr on the laptop. She has been unemployed for eight months but last month her income with big fat bonus was over $15000 just working on the laptop for a few hours. Read more on this site... www.Earnmore9.com