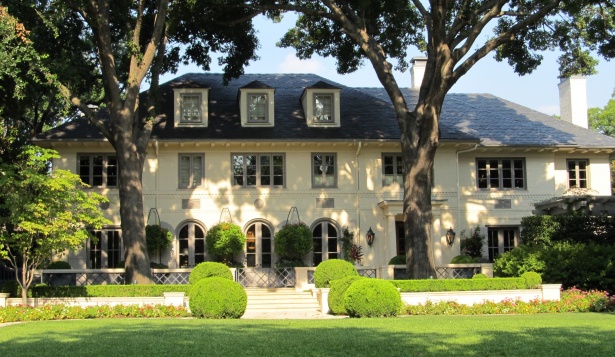 As yet another example of this blind faith, both Warren and Sanders have independently advocated for a “wealth tax” that serves the express purpose of redistribution. Although there are various issues with each of the aforementioned policies, it is Warren and Sanders’ advocacy for a wealth tax that highlights how disingenuous and hypocritical self-proclaimed “democratic” socialists are.

From their ivory tower on Capitol Hill, both Warren and Sanders have consistently derided the more affluent for “not paying their fair share,” even though federal tax data has consistently shown the progressive nature of our tax system. Even worse, both candidates have often criticized private citizens for “hoarding” wealth, apparently oblivious to the irony of such a position.

Although neither Warren nor Sanders was born into wealth, both candidates have accumulated significant estates over the course of their careers inside and outside the public sphere. According to Forbes, Bernie Sanders has amassed a net worth of over $2.5 million while Elizabeth Warren has managed to “hoard” over $12 million in total assets.

As further testament to the distance between these candidates and the people they claim to advocate for, Warren lives in a sprawling $3 million Victorian house in Cambridge and keeps an $800,000 condo in Washington. Sanders, on the other hand, owns three houses, each valued around $500,000. Sanders’ most recent real estate purchase was immediately following the 2016 Democratic Primary when he purchased a lakefront summer home on the shores of Lake Champlain.

Unsurprisingly, although both Warren and Sanders are clearly placed amongst the most affluent echelons of society, both would be exempted from their own wealth taxes. Beyond questions of constitutionality and efficacy, the fact that progressives are willing to dramatically raise taxes on the wealthy while de facto excluding their own wealth raises important questions of honesty and integrity.

Of course, progressive supporters of the wealth tax would be quick to note that such policies are targeted at the uber-rich, not the moderately rich. Elizabeth Warren’s self-titled “Ultra-Millionare Tax” would impose exorbitant taxes on households with a net worth of over $50 million. Sanders’ plan, on the other hand, would begin taxing wealth at $32 million in net worth. Yet, the fact that progressives so cleanly delineate good and bad wealth underlines the fact that these policies are targeted at punishing the rich for succeeding.

One of the heroes of the progressive left, Eleanor Roosevelt wrote in her “My Day” newspaper column on July 15, 1946: “It is not fair to ask of others what you are not willing to do yourself.” She was writing of the duties that nations have between one another to open themselves up to the flood of refugees fleeing a war torn continent, but her words have come to espouse a fundamental truism that many in Washington seem to have forgotten.

Progressives like Warren and Sanders want to have their cake and eat it too. They want to be able to amass their own wealth while punishing others for doing the same. When criticized for amassing such personal wealth as a self-avowed communitarian, Bernie Sanders response demonstrates the hypocrisy of “democratic” socialism. “I wrote a best-selling book,” Sanders opined. “If you write a best-selling book, you can be a millionaire, too.”

Sanders, along with Warren and the rest of the progressive crowd, are perfectly fine profiting off a system they claim to abhor. Both Warren and Sanders believe that the government can solve all of society's problems with enough revenue, and yet both seem unwilling to give their own private wealth to the government to achieve the progress they desire.

There is nothing wrong with Elizabeth Warren or Bernie Sanders, or anyone else, profiting from their talents and expertise. Yet, it is ideologically inconsistent and hypocritical for politicians who have amassed significant personal wealth to chastise and punish other members of society for doing the exact same. Drawing an arbitrary line between good and bad amounts of wealth serves no purpose other than to further divide us.

I’ve always believed that you should never trust a socialist with a summer home. Anyone who claims to speak for the little guy while flanked by acres of pristine waterfront property and a $3 million mansion is a hypocrite. What Warren and Sanders are asking of America is something that they themselves seem unwilling to abide.