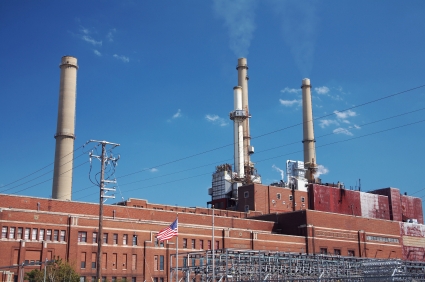 On the eve of this past election, we made a plea to toss-up states that are widely described as residing in coal country to understand that if President Obama were to emerge victorious, the EPA would soon unleash a slew of anti-coal regulations that would absolutely crush the coal industry, and eliminate hundreds of thousands of jobs in those states.

Today is the day that this all comes to fruition.  Today is the first strike in the war on coal, the first carpet bombing of the industry, and the beginning of the President's long-sought dream to bankrupt the industry and take out numerous employment and economic casualties with it.

The Wall Street Journal reports that even the most advanced coal-fired power plants in the world would fall well below the new standards, with new plants generally releasing roughly twice the emissions.  The only remaining options for new plants "is to capture carbon-dioxide emissions and stick them underground—a costly process that hasn’t been demonstrated at commercial scale before."

Now, of course, the regulation will not actually say “no one may ever again construct a power plant that burns coal to produce electricity anywhere in the United States of America.” Instead, it will just say you can’t build anything in the future that emits more than a certain amount of greenhouse gas and then set a really low number that is commercially untenable as the relevant highest amount that can be emitted in order for a plant to be legally constructed.

The National Journal explains that the President is executing these regulatory policies in the name of the environment, saying that he "views these regulations as his global warming legacy."

This, despite EPA head Gina McCarthy's testimony earlier in the week before the House Energy and Commerce committee, in which she was unable to cite tangible evidence that regulations had any impact whatsoever on slowing global warming.

In an attempt to appease environmental extremists, who religiously and rigorously develop all of their platforms around the highly disputable concept of man-made global warming, unelected bureacurats are also unleashing collateral damage on the economy that will suffer for decades to come.

Senator Marco Rubio (R-FL) has referred to the EPA's plan as a "job-destroying environmental agenda", charging that President Obama's "big government agenda is more important to him than respecting our Constitution and encouraging private sector job creation."

Senator Joe Manchin (D-WV) previously has declared that the EPA should be trying to work with the industry rather than attempting "to destroy our coal industry."  In a just released statement, Manchin confirms the above by saying the administration is holding "the coal industry to impossible standards."

He added, "Never before has the federal government forced an industry to do something that is technologically impossible."

Most Democrats have remained nervous and silent however, having to walk a fine line between pleasing their constituents and remaining loyal to a scientifically-challenged President.

While previous regulations have already killed jobs through the shuttering of existing coal units, the potential remains for many other employment casualties - to the tune of hundreds of thousands of jobs.

The economic impact doesn't end there according to the American Coalition for Clean Coal Electricity (ACCCE).  They explain that the every day American consumer will also feel the strain of these regulations.

Despite their talk about an ‘all of the above’ approach to energy, the EPA is banning the construction of modern coal plants resulting in fewer fuel choices in the market. Fewer energy choices could cause American consumers to pay the ultimate price of higher energy bills.

Indeed, the President's war on coal will mark the death of an industry, will result in the loss of a multitude of job opportunities, and could mark the end of affordable energy in America.

But don't say the President didn't warn you of this attack on the economy.  He openly dreamed of bankrupting coal companies.  He warned that electricity rates will 'necessarily skyrocket.'  And coal states such as Ohio, Pennsylvania and Virginia knew of the damage they would sustain under a second-term Obama presidency.

The question now remains, can the industry and the economy somehow find a way to fight back, or will they have to surrender?