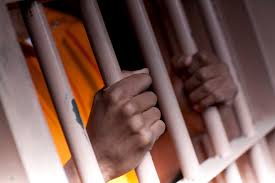 “Mandatory minimums” are laws that set legal standards for how long an individual has to serve time for offenses committed. Previously, sentencing power had remained solely in the hands of judges. During the 1980s, these sentences were instituted to make sure sentences were carried out equally among the populace. In doing so, however, the punishments were uniformly standardized regardless of the specifics of the crimes while the complete authority judges had over sentencing was revoked.

Since implementing mandatory minimums, they have been used as a tool to shorten the trial process and get faster confessions. Also, they have been used to incentivize offenders to cooperate with the police and name other potential offenders in exchange for a reduced sentence. It is also hoped that this will serve as a deterrent to crime and give a reason for individuals to avoid committing crime.

Unfortunately, this all comes at a price. For example, it incentivizes convicted perpetrators to make up facts in a case to reduce jail sentences. Case in point, there was a case at Howard University in which twins Lawrence and Lamont Garrison were arrested for conspiracy after they were named by convicted drugs dealers. The problem is that there was no evidence they had been involved in drug dealing. They refused to accept a plea deal and ended up getting over 15 years each while their accuser got less than three.

This has also led to a problem of overcriminalization in prisons as well. Despite a desire to be used as a crime deterrent, University of Minnesota Law Professor Michael Tonry found that “the weight of the evidence clearly shows that enactment of mandatory penalties has either no demonstrable marginal deterrent effects or short-term effects that rapidly waste away.” However, the federal prison population has increased as has prison sentences since their enactment. It seems the desire to use it as a deterrent to crime has been underwhelming.

Nevertheless, the simplest and most obvious criticism of mandatory minimums is that they miss the point of what criminal justice is supposed to do for society. The punishment is no longer proportionate to the crime as it is instead a set amount for whoever is involved. Instead, they can lead to over punishment which can cause a disrespect of the law that can devalue the role of authority when it overreaches its boundaries.

The final result of these laws is its expense. With more nonviolent offenders filling out jail sentences, this means that the taxpayer is paying more to house them. Increasing the prison population means increasing corrections and prison budgets, which means more spending.

Overall, it would be best to hand sentencing back to justices since they have no incentive to give unsatisfactory prison terms. It would be the most efficient, least expensive, and most rehabilitative option. This will be the best way to reduce crime in a manner that is cost-effective and in tune with traditional criminal justice.