The New Smoot-Hawley: Protectionism Is Bad for American Businesses, Workers, and Consumers 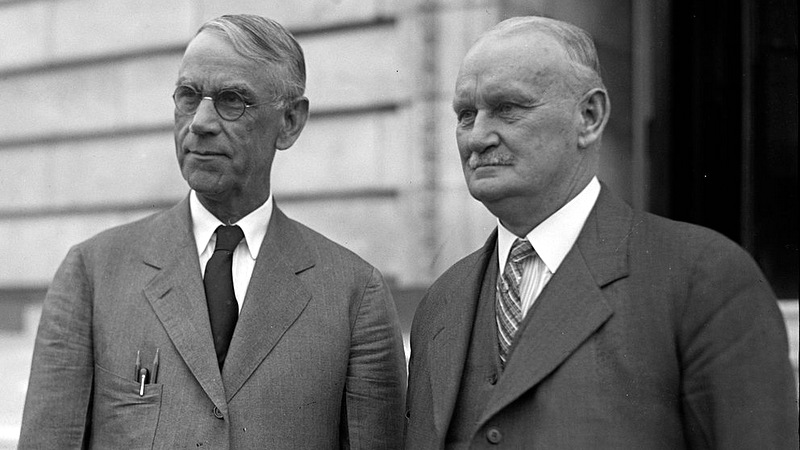 The same mindset that brought us devastating trade policies in 1930 is back, and American consumers should brace themselves

In 1930, Congress passed the Tariff Act introduced by Sen. Reed Smoot (R-Utah) and Rep. Willis Hawley (R-Ore.). The bill raised tariffs -- or taxes paid on imports into the United States -- on more than 20,000 imported goods. Against the advice of more than 1,000 economists, President Herbert Hoover signed Smoot-Hawley into law.

Though Smoot-Hawley was not a primary cause of the Great Depression, it certainly played a part. The United States was still reeling from the stock market crash of 1929, known as "Black Thursday," and the economy was very fragile and vulnerable. Politicians, seeking to boost American-made goods, believed they could protect American businesses by raising tariffs. Of course, that was one-sided thinking. As Nobel laureate Friedrich Hayek once said, "The curious task of economics is to demonstrate to men how little they really know about what they imagine they can design."

Other countries responded to Smoot-Hawley by increasing tariffs on American exports. The tariffs imposed by the United States started a trade war. The result was a decline in the dollar figure of goods American businesses exported. "The tariff dramatically lowered U.S. exports," a piece from the Foundation for Economic Education explains, "from $7 billion in 1929 to $2.4 billion in 1932." When Smoot-Hawley was signed into law in June 1930, unemployment was at 6.3 percent. By the end of the year, it had risen to 8.7 percent.

Protectionism is making a comeback in 2016. Presidential candidates from both parties are railing against free trade on the campaign trail, though some are more hostile to the idea than others. One Republican candidate is proposing massive tariff increases on imports from China and Mexico. This candidate says that free trade has caused a decline in American manufacturing and cost the economy jobs. The truth is that the job decline in the manufacturing sector began decades ago. It is worth noting, though, that manufacturing output in the United States is actually on the rise, with the only real declines happening during economic downturns.

"American manufacturers began slowly and steadily shedding workers as a share of the U.S. workforce in the late 1940s and in sheer numerical terms in 1979 — long before the North American Free Trade Agreement existed or Chinese imports were more than a rounding error in U.S. GDP. By contrast, the United States has gained about 54 million jobs since 1980," Scott Lincicome recently explained. "Our manufacturers continue to set production and export records, and the United States is the world’s second-largest manufacturer (17.2 percent of total global output) and third-largest exporter."

Part of the decline that began in the 1940s were innovations in technology. Automation allowed manufacturers to increase production for less cost. "Robots don’t get hurt. They don’t have pensions. They rarely make any mistakes. They don’t take vacations. They don’t join unions. Their cost continues to drop," David Harsanyi notes. "And robots are definitely not going to uninvent themselves." This is one of the argument opponents of the minimum wage make. As employment costs rise, especially through government-mandated wage hikes, reliance on automation will increase.

Not only are the arguments behind protectionist trade policies suspect, the notion that other countries will pick up the tab is utterly ridiculous. Talk show host Neal Boortz often says that businesses do not pay taxes. They pass the costs along to consumers. This is also true of regulations and tariffs. The costs are simply passed along in price to the consumer at the point of sale. One Republican candidate has proposed a 45 percent tariff on China and a 35 percent tariff on Mexico. A report from American Action Forum puts the cost of these tax increases at $250 billion annually.

"A protectionist trade agenda would have dramatic impacts on American consumers," Jacqueline Varas explains. "American importers would see their costs increase, which would most likely translate into price increases and reduced access to foreign goods."

Costs are one part of the equation. These tariffs would also cost Americans jobs and, quite likely, cause a recession, according to Moody's Analytics. "Up to 4 million American workers would lose their jobs," the Washington Post reported. "Another 3 million jobs would not be created that otherwise would have been, had the country not fallen into a trade-induced downturn."

If presidential candidates from both parties want to promote job creation and boost the American economy, they would do well to focus on address the policies that are pushing businesses overseas. The costs of federal regulations cost businesses and consumers nearly $1.9 trillion. Reforming the tax code, including reductions in both personal and corporate rates, would promote job creation in the United States. But attacking free policies is single-minded and does not address at all what is ailing our economy.