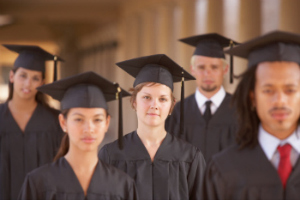 Next, BigMillennial Tax – Raise the Cap on Social Security

Amity Shlaes is competent, financial journalist, and she is an expert on the New Deal, especially Social Security. Shlaes predicts the next, big, tax hike will be to raise the cap on our Social Security tax. In 2014, employees and employers each pay 6.2% tax on the employee's income until their pay reaches $117,000. Once an employee earns $117,000, no Social Security tax is paid by either the employer or the employee. In the National Review, Shlaes explains the history of imposing a cap – a ceiling limit:

Once upon a time … Social Security truly was insurance, just as President Roosevelt said it was. The logic of the cap reinforces that idea of contract: Since you cease to receive increases in your Social Security pension after a certain point, you should cease to pay in after a certain point as well. What you get out has some relation, however tenuous, to what you pay in.

Government has obliterated our Social Security “insurance” contract with the American worker, laments Shlaes. For many years, both sides of the aisle (Democrats and Republicans) have manipulated, altered and raided the Social Security taxes paid by the American workers and their employers. Today, there is no money held in reserve to pay the promised benefits; just notational IOUs left by the Federal government to the Federal government.

Democrats, and a few Republicans, are anxious to lift the cap with the thought to pay for the promised benefits. Without a doubt, the easiest political gambit is to raise the cap. However, very few Americans know an enormous 12.4% tax increase would be placed on workers exceeding the cap, and fewer millennials know they will be paying dearly for past malpractices of politicians, some which have long been deceased.

According to Shlaes, the money needed can be obtained by taxing high-skilled immigrants and adjusting our cost of living. More importantly, Shlaes forcefully argues for restoring a semblance of the original Social Security contract. Indirectly, Shlaes is advocating a government that honors the Rule of Law – promulgates written rules and universally, impartially and uniformly enforces the rules, which provides a predictable and stable legal order on which to base economic and personal decisions. Shlaes knows government must absolutely honor its contracts – for Amerian millennials and the future.

After all, it won't be pleasant to age in a society where the public sector never honors contracts. Likewise, it would be unpleasant to age in a place where you work harder for (incrementally) less gain than you expected. While most young workers don’t study Social Security’s minutiae, the successful among them will notice when their take-home pay is 12.4 cents per extra dollar less. The rest, who earn well below that $117,000, will get a discouraging message:

This race never gets easier.

The cap should stay where it is for our millennials — and for a millennium.