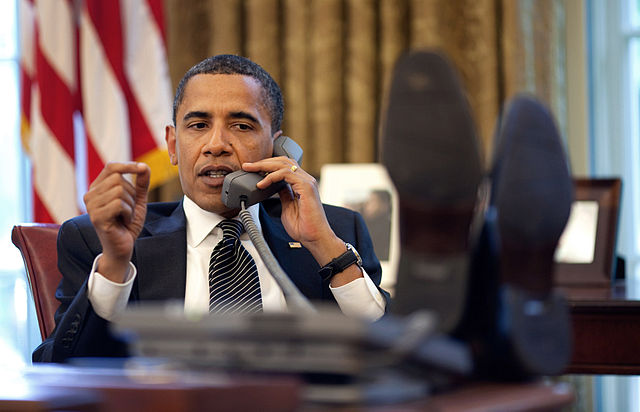 When Chief Justice Roberts cast the deciding vote in NFIB v. Sebelius (2012), the Court ruled that ObamaCare was a constitutional practice of Congress’s Taxing Power. However, what the Chief Justice and the Court failed to address was how the Origination Clause might affect the law’s constitutionality. The Origination Clause requires that all bills for raising revenue originate in the House, ObamaCare, for all intents and purposes, originated in the Senate.

ObamaCare started in the House as H.R. 3590, a three page bill that dealt with housing for veterans that was unanimously passed on October 8, 2009. Senator Harry Reid, the Majority Leader at the time, had an urge to pass ObamaCare, and pass it quickly. On November 19 he deleted the text from H.R. 3590, renamed the bill the “Patient Protection and Affordable Care Act” and added the hundreds of pages of ObamaCare text. ObamaCare was born!

A case brought by the Pacific Legal Foundation, Sissel v. United States Dep’t. of H&HS, challenges ObamaCare as a violation of the Origination Clause. The District Court dismissed the case, ruling that ObamaCare was not a bill for raising revenue. The court also ruled that even if the bill’s purpose was to raise revenue it would not violate the Origination Clause because it originated in the House.

The PLF appealed to the DC Circuit Court where a panel of three judges ruled that ObamaCare was not a bill for raising revenue and thus did not violate the Origination Clause. PLF has since appealed for en banc review of the panel’s decision.

There are two important questions to ask in regards to ObamaCare and the Origination Clause. First, was ObamaCare a bill for raising revenue? Second, if the Senate deletes all the text from a House bill and rewrites it, does the bill still originate in the House?

The District and Circuit Courts ruled that ObamaCare was not a bill for raising revenue because its main purpose was to force people to purchase health insurance. While this may be true, there are multiple taxes in ObamaCare which main purpose is to raise revenues. Also, if it was found to be constitutional under the Taxing Power, it would make sense that it would be included as a bill for raising revenue.

The District Court ruled that ObamaCare originated in the House, not the Senate. This argument is blatantly ridiculous. The Senate deleted the title and all the text from the House bill and replaced it with ObamaCare. All that remained from the original bill was the header, H.R. 3590. Senator Reid’s maneuvering was a political game that made a mockery of the intention of the Origination Clause.

Whether or not the DC Circuit agrees to hear this case en banc, the case is eventually heading to the Supreme Court. This case is another example that ObamaCare was a poorly written law. It has been 5 years since ObamaCare was signed into law, and it has still not been fully imposed on the public. Well after the first Individual Mandate Day, when for the first time ever individuals will be fined for failing purchase a government approved product, the Court will still be ruling on the constitutionality of ObamaCare.

Laws should be clear and their implications should be understood at passage. ObamaCare has never been clear and its meaning and constitutionality is still be determined by courts today.