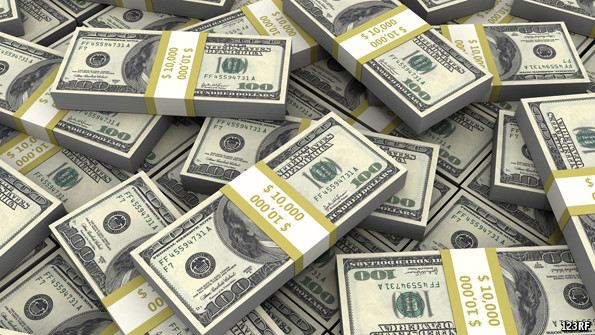 The presumption of innocence is a basic principle of the American legal system. Americans are presumed innocent of any allegations of illicit activity until proven guilty by the government in court. But this principle does not apply to civil asset forfeiture in most states, including Oklahoma.

The government can seize property or cash suspected of connection to criminal activity and subject it to forfeiture based on a very low evidentiary standard. If a property owner, who may never be charged with a crime, wants his property or money back, he must prove its innocence.

Though civil asset forfeiture completely contradicts the Fifth Amendment's guarantee of due process, its supporters insist that it is a vital tool with which to disrupt criminal activity, such as the drug trade. But if property or cash is truly connected to a crime, why are charges often not brought against the individual from whom it was taken?

It is a question that deserves a serious answer after the American Civil Liberties Union of Oklahoma revealed that criminal charges were not filed in 36 percent of civil asset forfeiture cases from a dozen Oklahoma counties along the I-40 corridor. A total of $6 million in cash was seized in 319 forfeiture cases from December 2009 through December 2014, but some $4 million was connected to cases in which no criminal charges were filed.

"The records, gathered through open records requests and court pleadings, document 319 cash seizure incidents in 12 of the 13 counties along the Interstate 40 corridor. The records do not include millions in federal seizures during the same period, nor seizures of other types of property such as cars or homes," M. Scott Carter of the American Civil Liberties Union of Oklahoma explains. "The incidents occurred from December 2009 through 2014 and include Beckham, Washita, Custer, Caddo, Canadian, Blaine, Pottawatomie, Seminole, Okfuskee, Okmulgee, McIntosh, Muskogee and Sequoyah counties."

Over the period analyzed, Canadian County had 44 forfeiture cases, totaling more than $2.73 million in cash seized. Charges were filed in approximately 47 percent of those cases. So more half the time people's money is taken and subject to forfeiture based on mere suspicion of alleged illicit activity without charges being brought against them. Caddo County seized $1.23 million in cash and brought charges against the owner 55 percent of the time. Keep in mind that these are charges, not actual convictions, so the rate of those found guilty may be lower.

Of course, as FreedomWorks outlined in Civil Asset Forfeiture: Grading the States, Oklahoma allows law enforcement to keep 100 percent of the proceeds from forfeitures, which creates a perverse incentive to self-fund. Law enforcement has fiercely resisted an effort change civil asset forfeiture laws in Oklahoma because of a provision of the legislation, SB 838, that eliminate the profit motive by directing proceeds from forfeitures into the Legislature's general fund.

The proceeds, prosecutors and law enforcement officials say, are necessary to help purchase equipment and fund salaries. Those concerns are understandable, though funding should be provided by local governments and the Legislature, not from forfeiture proceeds. "We understand the financial pressure law enforcement officials face to make due with shrinking budgets," said Ryan Kiesel, executive director of the American Civil Liberties Union of Oklahoma. "But these numbers seem to indicate that huge sums of money are being taken but criminal charges are not being filed. That’s not how the system is supposed to work."

Even when someone is charged with a crime, he may not be the drug kingpin who civil asset forfeiture laws are supposedly designed to target. William Cicco, for example, is a stage IV leukemia patient who was pulled over in March 2013 for driving erratically. He had taken pain medication and left his home after an argument with his wife, according to Oklahoma Watch. He had more than $15,500 -- cash, he says, came from savings and a second mortgage -- in his vehicle when it was searched. He was charged with driving under the influence, and the cash was seized because law enforcement it was connected to drugs.

"Not only was I falsely accused of doing something I wasn’t doing, it cost me a bundle," Cicco said. He was able to get the money back from the government with the help of an attorney, though he was found guilty of driving under the influence of painkillers used to treat his leukemia and other traffic-related charges.

The dollar amount seized in Cicco's case is also an exception. Clifton Adcock and Ben Fenwick of Oklahoma Watch, who examined forfeiture cases in 70 counties, found that the nearly 60 percent of forfeiture cases involving cash are for amounts under $1,000. "The median amount was $801," Adcock and Fenwick noted. "In hundreds of cases the amount was less than $100, but most of those also involved seizure of a vehicle or other property." Most people, given the cost of fighting forfeiture, which is likely to exceed the dollar amount of the cash seized, walk away from the money.

Addressing the profit motive in Oklahoma's civil asset forfeiture laws will be a politically difficult task. There are, however, ways to address the issue. This would include raising the standard of evidence to either require a criminal conviction or raising the evidentiary standed in civil court in "clear and convincing" and ensuring the burden of proof falls on the government.