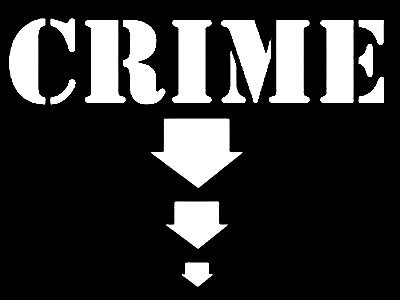 Violent crime rate have been declining basically forever. Ever since the first caveman discovered he could hit his neighbor with a rock and make off with his pelts, mankind has been gradually learning how to live together in peace. As Steven Pinker demonstrated in his monumental work on the decline of violence, The Better Angles of Our Nature, homicide rates in Europe have declined by a factor of fifty or so since the middle ages. In the United States, a young and characteristically excitable nation, the homicide rate has been cut in half since the 1990s, a trend that has all the earmarks of continuing well into the future.

This is not unique to homicides. According to the FBI, the rate of all violent crime in the United States has plummeted in the last 20 years. Commenting on new data, authors Matthew Friedman, Nicole Fortier, and James Cullen said, "The average person in a large urban area is safer walking on the street today than he or she would have been at almost any time in the past 30 years. Although headlines suggesting a coming crime wave make good copy, a look at the available data shows there is no evidence to support this claim.”

These numbers have important implications for those of us calling for reforms in the U.S. justice system. Reforms designed to reduce recidivism and cut down on overcriminalization and unnecessary incarceration have been successful in states where they have been tried, but detractors continue to claim that any change in criminal policy will result in massive spikes in violent crime. Fortunately, the evidence for these claims is simply not there. We are all safer under a more rational justice system that prioritizes dealing with society's worst criminals while allowing flexibility for non-violent offenders. Treating all offenders equally, regardless of the nature of their crimes, ignores the finite resources of the justice system, as well as the laws of cause and effect and human nature.

The release of new data showing a continuation in the decline of violence is great news for reformers, who can now show in definite terms that we can reform the justice system without putting more Americans in danger.