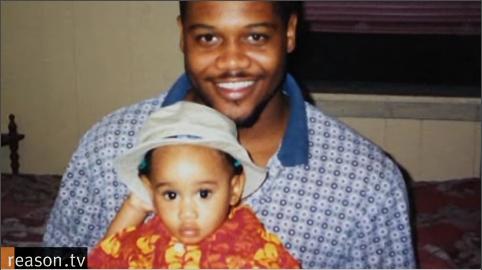 His door was finally kicked in and when he saw a dark figure appear in the entryway he fired three shots. After firing the shots, he heard for the first time the announcement that they were police officers. He immediately apologized for firing shots, dropped his his pistol, and slid it towards the door. Unfortunately, one of the shots he fired entered Officer Ron Jones just below the officer’s bullet proof vest, killing him.

The first time Cory, who was not the target of the botched raid, was visited by his mother in prison he told her he did not understand why the officers did not announce themselves and avoid the whole tragedy altogether. Cory was initially convicted of 1st degree murder and sentenced to death. After an appeals process he ultimately reached a plea agreement and served 10-years in prison.

The general rule for centuries has been that when police serve a warrant in a suspect’s house, they first knock on the door and announce who they are and why they are there. This was the common law rule, is understood to be included in the Fourth Amendment’s protection against “unreasonable searches and seizures” and was ultimately codified in 18 U.S.C. §3109.

The knock-and-announce rule was meant to accomplish three things: (1) give the suspect a moment of privacy to compose themselves, (2) prevent the unnecessary destruction of property and (3) prevent mistaken identity as an intruder.

In the last few decades we have seen a large increase in the number of no-knock raids carried out by law enforcement. A no-knock raid is where rather than knocking on the door and announcing that they are here to serve a warrant, law enforcement simply knocks down the suspect’s door, often with guns drawn.

The Cato Institute has tracked the rise of no-knock raids, and documented dozens of botched operations in which innocent people or police officers were killed or injured. Rarely is the government held accountable when things go horribly wrong.

No-knock warrants are available if issued by a judge, but often these raids are carried out without specific authority to do so. A Supreme Court case, Hudson v. Michigan (2006), made this more likely by ruling that a violation of the knock-and-announce rule does not require the suppression of evidence found during the search.

While one of the main purposes for no-knock raids was to increase safety, the way they have been carried out has had the opposite effect. The raid on Cory Maye illustrates this point well, and there have been other tragedies as well.

Consider the tragic example of Jose Guerena, an Iraq War veteran who served two tours with the Marines and had no prior record. One morning his wife saw a gunman outside their son’s window and was frightened because two of her relatives had been killed during a home invasion. Jose told his wife and children to hide in a closet while he grabbed his AR-15 in order to defend his family from what seemed to be an attack.

What was really happening was a no-knock raid carried out by law enforcement. Once police broke down the front door of Jose’s house they unloaded over 70 bullets in a matter of 7 seconds, 60 of which hit Jose. An ambulance arrived within two minutes but law enforcement would not allow paramedics to attend Jose for another hour. He would eventually bleed to death, in his own home, alone.

Police at first claimed Jose shot first but it was later discovered that he still had his safety on when he was shot. Nothing illegal was found in his home.

We have moved away from requiring officers knock-and-announce towards allowing more no-knock raids, in part to supposedly promote safety. But when someone thinks a burglar is breaking into their home, mistakes are often made. People, both police and suspects, have lost their lives because of needless misunderstandings. We should return to the knock-and-announce rule, except for the most hardened criminals, before more tragedies take place.