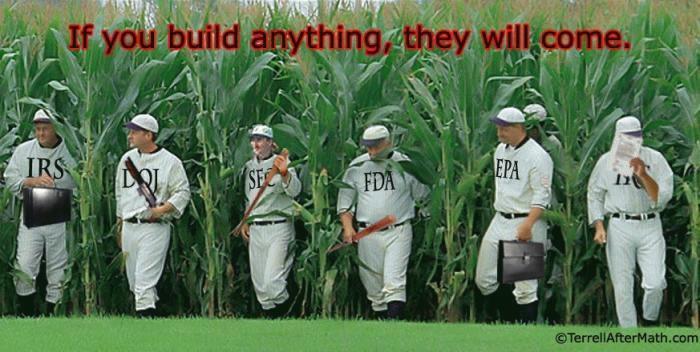 The Pebble Limited Partnership suit against the Environmental Protection Agency (EPA) finally has hit the court system and it is already making headlines. Unlike the usual schemes the EPA attempts to get away with, this latest attack takes its abuse of power to a new low.

In February, the EPA vetoed the further construction and establishment of the Pebble Project while the Partnership was still in its early stages of creating its development and environmental plans. Without even having filed the paperwork for federal or state permits, the EPA vetoed the permits for which the paperwork had yet to be turned in for – with no deliberation, evaluation, or explanation.

“Rather than allowing the filing of a mining permit application, EPA employees secretly plotted with environmental activists to undermine the ability of land owners to objectively evaluate and develop the proposed mining of the Pebble deposit in Southwest Alaska,” the Partnership wrote in their formal response to the EPA’s actions.

“The precedent established will have significant long-term effects on business investment in this state and throughout the country,” Tom Collier, Pebble Chief Executive Officer, explains. “Litigation is necessary in order to get the agency’s attention and bring some rational perspective back to the U.S. permitting process.”

And that litigation has finally made it in front of a federal judge. Suing on the basis that the EPA cannot veto projects preemptively, the Pebble Project’s case is getting federal attention as the EPA pressures the federal judge to dismiss the case as premature – ironic considering the nature of the agency’s own actions.

It is imperative, however, that this litigation makes its way through the courts. Preferably, all the way to the top.

This power grab of the EPA is an attack on private property and an array of civil liberties. The termination of the Partnership’s Pebble Project, for which the Partnership has rights over the mining land, effectively takes away the rights of the Partnership to use its land for the purpose for which it was set aside. According to state code, Alaska has designated a large portion of its land to mineral development, the exact purpose of the Pebble Project. By blocking these projects before they even file for permits is an outrageous abuse of federal power resulting in the unconstitutional taking of land.

“We believe that we have become the poster child for an expansion of EPA authority,” Collier said.

The EPA’s role in the federal permitting process has become a major point of contention between the agency and its critics over the past few decades, coming to a boiling point most recently with Representative Steve Scalise’s June bill to streamline the EPA permit process. The process has become bureaucratic , unpredictable, and corrupted over the years, leading a call to rise for greater transparency and timeliness in granting approvals. In the Pebble case, in particular, the EPA’s decision to veto completely oversteps the power of the Army Corps of Engineers which would usually have primary authority over the Alaska permit.

The EPA needs to be reined in and its power needs to be checked. A good ruling by a high court can establish those barriers to its authority and return the agency to a more manageable size.

The facts of the case are clear: if the Pebble Partnership were allowed to file its paperwork and granted a permit, the mineral mine would be the largest of its kind in the world, creating an estimated 15,000 permanent jobs in addition to 22,000 construction jobs throughout the first few years.

If the federal judge succumbs to the pressures of the EPA and dismisses the case, the fight over these private property rights will be lost before it will have even reached the Alaska Supreme Court. I say it is time that the EPA’s overreaching abuse of power starts to dominate the news stream.

Let’s make Collier’s prediction come to fruition and make the Pebble Project the poster child of how we fought the EPA.