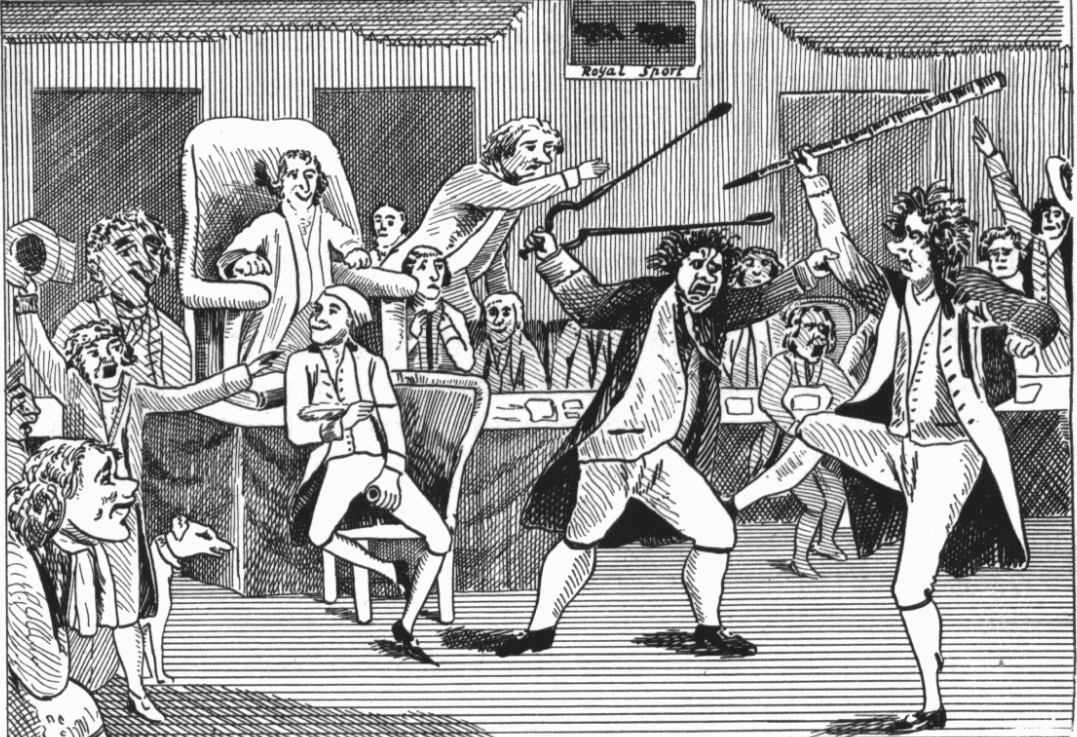 Pelosi wasn’t content to stop there. She also said, “It is the end of the world. This is Armageddon.” If that is the case, the armies of good and evil are certainly taking their sweet time in commencing the great war to end all wars and laying fiery waste to all planet earth. While we wait for God almighty to unleash his holy armada upon us, let’s examine the claim that this is the worst bill in history, to see if the world as we know it is, in fact, coming to an end.

Back in the early days of our Republic, the 5th Congress of the United States passed the Alien and Sedition Acts, which were signed into law by President John Adams in 1798. The laws made inciting or initiating opposition to any act of Congress a criminal act punishable by law. This was a blatant violation of the First Amendment. Ironically, if applied today, it could have jailed all those who, like Pelosi, voice opposition to the Tax Cuts and Jobs Act.

Moving a little forward down the timeline of American history, the 22nd Congress passed the Force Bill in 1833 as a response to the “nullification crisis.” This bill was signed into law by President Andrew Jackson. South Carolinians were furious about a federal tariff that unfairly targeted their imports. They resisted payment, as they declared the tariffs to be unconstitutional. The Force Bill empowered the President to essentially initiate a federal takeover of the entire state of South Carolina, including military occupation. This bill kicked off many of the problems we have today with executive overreach.

The Sherman Silver Purchase Act, while not as obviously sinister as the prior two bills, had devastating effects on the economy, and to people across the country. The bill passed by the 51st Congress and signed by President Benjamin Harrison in 1890, mandated that the federal government purchase every scrap of silver in the United States. It did not matter whether it was privately owned or not. It made matters even worse by including a provision providing for the printing of $50 million annually. This inflated the currency, and led the country into a deep recession.

The Volstead Act, passed by the 66th Congress, carried out the 18th Amendment and outlawed the manufacture, transport, and sale of alcohol across the United States. Thankfully, it was shortly repealed fewer than 15 years later due to the overwhelming opposition to it.

In response to the onset of the Great Depression, the 71st Congress passed the Smoot-Hawley Tariff. This bill instituted some of the highest tariffs in American history. While pitched as a plan to protect American businesses, it caused retaliatory tariffs, and widespread isolationism and protectionism across the globe. This essentially shut down commerce at a time where the world desperately needed economic rejuvenation. Even President Herbert Hoover, who signed the bill, criticized it as "vicious, extortionate, and obnoxious," but signed because he thought it would bring him political support. He failed.

Perhaps two of the biggest blemishes on the United States’ record as a defender of freedom, the Alien Registration Act of 1940 and Public Law 503, set the stage for Franklin Roosevelt’s (FDR) internment of Japanese-American citizens. The former required all non-citizens residents to register their fingerprints, and living information with the federal government, and carry registration papers with them at all times. The latter codified FDR’s executive order which called for Japanese-American concentration camps, and instituted penalties for refusal to comply. The order affected 117,000 people of Japanese descent, two-thirds of whom were native-born American citizens. These laws were passed by the 76th and 77th Congresses respectively.

Perhaps the reason Pelosi decided not to rank concentration camps on American soil as worse than tax cuts is because of her blinding love for FDR. Her father was in Congress and was described by Pelosi herself as “a stalwart supporter of FDR’s agenda.” Beyond that, her older brother was named in honor of him. In a speech expressing her admiration for FDR, Pelosi said, “Franklin Delano Roosevelt spoke to the aspirations of all of the American people.” That is, of course, if you discount the hordes of Japanese-Americans who were denied their freedom under his administration.

Finally, more recently, the USA PATRIOT Act was an unmitigated assault on the Fourth Amendment to the Constitution. Passed by the 107th Congress and signed with enthusiastic support by President George W. Bush, it permitted broad warrantless surveillance on American citizens. It also allowed the FBI to collect the personal information of any person who so much as criticized the Iraq War. It added the First Amendment to its list of constitutional casualties.

The list could go on and on, as the regard for the Constitution in the federal government has dwindled over the years. However, to lump tax cuts for American workers and businesses in with some of the monumental abuses in our nation’s history is grossly irresponsible. It diminishes all those who were hurt or imprisoned because of those overreaches. Pelosi uses the extreme rhetoric to mask the fact that neither she, nor anyone else in the Democratic Party, can criticize this landmark tax reform on its merits. It is neither accurate nor helpful in a time where division and tension are running high, and more honest political dialogue is needed. In short, Armageddon is not upon us.