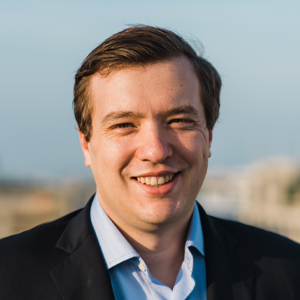 He brings a passion for grassroots activism that is backed by extensive experience working on political campaigns and promoting principles of limited government. Noah crafts and implements dynamic advocacy strategies through which FreedomWorks can engage its nationwide community.

Noah graduated with a B.A. in International Affairs from George Washington University. He started his career in grassroots and then went on to direct the campaigns for former Virginia Attorney General and 2013 Virginia gubernatorial nominee, Ken Cuccinelli. When he joined FreedomWorks in 2014, he took on the role of National Director of Campaigns.

Though Noah frequently travels across the country for work, he permanently resides in Fairfax Station with his wife and child. When not fighting back the Left's attempted takeover of our great country, Noah enjoys spending time with his family, hiking, and watching Formula1 racing.