The (Not-So) Great Leap Forward Into the Second New Deal 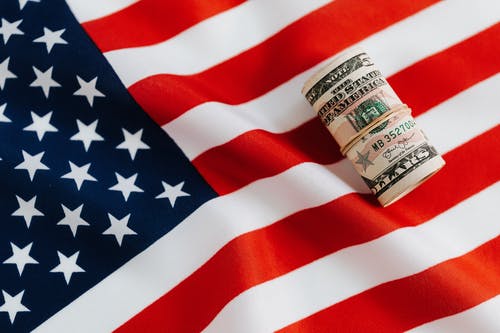 Americans have started to receive their second round of stimulus payments as part of the $1.9 trillion COVID-19 ''relief'' package passed along party lines. This new economic stimulus is on top of the $4 trillion in federal dollars already injected into the economy in 2020.

Since the start of the pandemic, the federal government has spent over $6 trillion in taxpayer cash — and that’s before taking into account the money that the Federal Reserve has infused into the financial markets, which amounts to about $5 trillion through February of this year. As economist Stephen Moore observed, the government is set to borrow more money in 2021 than it did during the Revolutionary War, Civil War, World War I and World War II — combined.

Such numbers are baffling to the millions of Americans who understand the devastating impact of these policies. The same government officials that shut down our schools, businesses and places of worship are now attempting to play hero by burying future generations in debt and triggering inflation — all while claiming that this spending is necessary to end the pandemic.

But just as the far-left lied about the efficacy of draconian lockdowns, they have lied about the need for trillions of dollars in economic ''stimulus.'' While Democrats claim that the $11 trillion spent so far to recover from the COVID-19 pandemic is desperately needed, this is far from the case.

Estimates from the Federal Reserve pin economic losses due to the pandemic at roughly $346 billion on the high end. That means for every $1 lost as a result of COVID-19, more than thirty dollars were spent by the federal government to make up for the shortfall. That math only makes sense in Washington, where leftists ignore common sense and fiscal sanity in favor of promoting their failed agenda.

Thankfully, many Americans are beginning to question the rationale behind this government spending. Google reported that the number of searches for the word ''inflation'' increased rapidly over the past two weeks. A Bank of America survey showed that for the first time since March of 2020, COVID-19 is no longer the thing investors fear most — now, they fear inflation.

But while inflation remains low for now, this likely won’t last long. Biden’s ''green'' infrastructure spending bill, recently estimated to cost approximately $4 trillion, is likely to be put before Congress soon. After $11 trillion in unnecessary pandemic-related spending and witnessing our national debt skyrocket to more than 130% of GDP, Biden’s top priority isn’t allowing the economy to recover or promoting legislation that benefits everyday Americans. Instead, the president has determined that bankrupting future generations is fine — so long as it’s in the name of advancing his radical agenda.

All of this legislation, which will massively grow the power of the federal government, is sure to be passed along party lines. Sen. Ben Cardin, D-Md., was caught on a hot mic this week saying that Democrats may shut down the debate on Biden’s radical environmental proposal through reconciliation. Between this and the recent ''stimulus'' bill, it's becoming more obvious by the day that Biden’s calls for unity are empty words.

This is all part of a pattern. Politicians increasing their power over the lives of Americans — whether their excuse is the pandemic or climate change — isn’t anything new. With all the authority that government officials claim they possess in recent months, there’s virtually no aspect of our lives bureaucrats don’t control.

In the past year, we’ve witnessed the greatest expansion of government since the Great Depression and World War II. Governors and mayors have declared that they can decide whether you are allowed to operate your business, send your child to school, or host a neighborhood barbecue. Sadly, tens of millions of Americans were happy to accept this because it provided them a false sense of security.

Between lockdowns, the stimulus and President Biden’s newest radical ''green'' proposals, we’re witnessing the largest growth of government since the New Deal. If Democrats continue to push through far-left legislation and enact policies that encourage government dependency, advocates of limited government will be dealt a crushing blow in our fight to preserve individual liberty and the Constitution.

Every American who wants to see our government restored to its constitutional framework must speak up against the left. If we don’t, it may soon be too late.

In 1912, the Progressive agenda had a few very important victories. Two Amendments to the Constitution were ratified – the federal income tax and the popular election of Senators. Both Amendments would ultimately expand the power and reach of the federal government and reduce the checks and balances embodied in the Constitution and Bill of Rights.