Nothing to Hide, Something to Fear

Washington doesn’t have the right answers because they ask the wrong questions. Senator Lindsey Graham (R-SC) last month demonstrated a lack of understanding of America’s constitutionally protected rights when he nonchalantly explained he is “glad” that the government was spying upon Americans. Graham explained that if you have nothing to hide, you have nothing to fear. However, the American people have a lot to fear from politicians ask who defend tyranny above the right of the people. Instead of asking questions which distract from the issue, Americans should be asking ourselves the right questions.

1)      Has the NSA been upfront and honest about its spying operations?

NO. Director of National Intelligence admitted to providing “clearly erroneous” information under oath before Congress. When Senator Wyden (D-OR) asked, "Does the NSA collect any type of data at all on millions or hundreds of millions of Americans?" Clapper replied with a definitive, "No, sir." This is the beginning of a series of lies by NSA officials.

Senators Ron Wyden and Mark Udall (D-CO) assert that numerous NSA statements and descriptions are inaccurate and misleading of the agencies actions. They explained, "In our judgment this inaccuracy is significant, as it portrays protections for Americans' privacy as being significantly stronger than they actually are." The NSA clearly wants to hide the overreach of government into the lives of the American people. The American people should not trust the NSA with their private information.

2)      Do the NSA and other agencies of government have a good track record of protecting rights?

NO. After Watergate, Senator Frank Church’s investigated the operations of the intelligence agency’s and uncovered shocking behavior. The investigation discovered that intelligence agencies silenced and crippled opponents using “unsavory and vicious tactics… including anonymous attempts to break up marriages, disrupt meetings, ostracize persons from their professions, and provoke target groups into rivalries that might result in deaths.”

These attacks extended to non-violent anti-war protesters and civil rights activists. For this reason, the Foreign Intelligence Surveillance Act (FISA) was passed to place major checks on the power of the government. However, in a post 9-11 world, FISA is now simply a rubberstamp that has allowed the NSA to renew abusive tactics to overwhelm domestic political enemies. 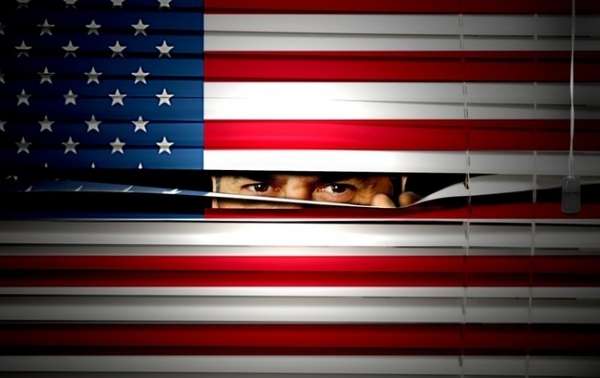 3)      If Americans are innocent, do they have to fear government spying?

YES. The NSA expanded powers infringe upon the rights of all Americans. The Fourth Amendment clearly states “The right of the people to be secure in their persons, houses, papers, and effects, against unreasonable searches and seizures, shall not be violated.”

The rights enumerated in the Bill of Rights cannot be taken away, they are protected rights. When Lindsey Graham says, “If your innocent, you don’t have to worry,” he is making the bedrock protections of the Constitutional conditional rather than absolute.  And in today’s world, with the NSA’s aggressive policies even if you are innocent, you have to fear having your inalienable rights stripped away. Americans must never surrender freedom for the chains of government protection.