NSA Used Heartbleed Attack, Failed To Warn Of Its Danger 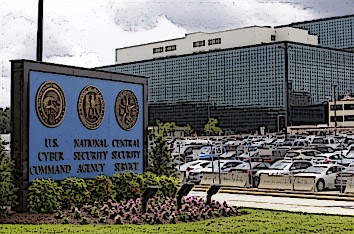 The U.S. National Security Agency knew for years about the Heartbleed bug and exploited it against Americans, according to Bloomberg.

The agency found the Heartbleed glitch shortly after its introduction, according to one of the people familiar with the matter, and it became a basic part of the agency’s toolkit for stealing account passwords and other common tasks.

Keeping bugs secret from the public is prudent, as this keeps additional bad guys from realizing that a bug is present for exploitation. There is only one reason for keeping flaws secret from the programmers who made the errors, however, and that is to be able to keep using the flaw. The agency irresponsibly left Americans unsafe.

While the NSA ought to be exploiting any weakness in the information infrastructure of foreign governments and America's enemies, without a warrant it should not do so to Americans. In addition, failure to disclose flaws also allows other attackers to continue to use the flaws against the American public.

FreedomWorks and Senator Rand Paul are suing the NSA on behalf of all Americans.

The Heartbleed bug is the result of a programming flaw in the OpenSSL suite of software that powers many Internet sites' security. In the flawed implementation, a server (such as a web site) receives a request from the client for a piece of information of a certain size.

Together with the NSA's massive and illegal collection of data on all individuals, these secrets could be used to spy on Americans. People often use the same password in multiple locations, so finding one password would allow the NSA to use it in the other locations it discovered with its illegal phone and Internet tracking.

I have been saying to stop using the big search engines and getting a profile of everything you do being built on you. Social networks are just as bad. We need to start doing the research on how we can protect ourselves on the internet. I have been using http://LookSeek.com for about a year. They don't track and privacy to me is important.