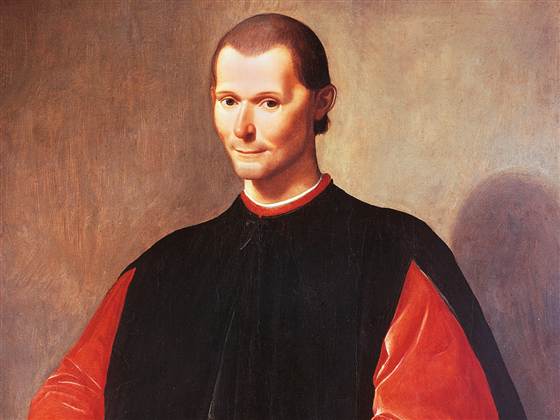 Machiavelli would have admired the NSA's tactics.

On Saturday, the Washington Post published a detailed exposé on the spying practices of the National Security Administration during the four year period from 2009-2012. By now, it is no longer any secret that the NSA has been up to no good with its surveillance of innocent people, but the sheer extent of these violations is shocking, even in light of what we already knew.

In short, the report, based on information obtained by Edward Snowden, reveals that during the course of its ordinary, otherwise legal surveillance operations, the NSA also collected data on large numbers of people who were not specifically targeted. The agency calls this practice “incidental surveillance.” I call it “collateral spying.” The report found that, on average, 9 out of every 10 people spied on were not the intended target.

The NSA has the legal authority to obtain a warrant based on probable cause in order to surveil an individual. No one is disputing that. But when this targeting results in collateral spying on vast numbers of innocents, in the absence of probable cause and the corresponding warrants, that is a major problem. The NSA has asserted that such incidental data collection is inevitable, and to a certain extent that’s likely true. It is understandable that in some situations the NSA may learn information about people other than the direct target, but this should obviously be minimized as far as possible, and at the very least the information should be immediately purged from government databases, not stored for years on end. In any case, the whole situation is indicative of the agency’s cavalier attitude towards individual rights.

While national security is a concern we all share, the ends do not justify the means when those means involve violate the constitutional protections afforded to citizens by our nation’s founders. It is not okay to violate the rights of an innocent in the process of achieving a broader goal, even if that goal is noble.

The way the NSA has been behaving is Machiavellian in the most literal sense. In his 16th century political treatise, The Prince, Niccolo Machiavelli recognized a harsh reality of politics that still plagues us half a millennium later, writing, “A prince wishing to keep his state is very often forced to do evil.”

Taking Machiavelli’s advice as a green light for immoral behavior has been the problem with governments throughout history, a problem the founding fathers sought to avoid by setting down precise guidelines for what the government could and could not do in the form of a Constitution. The disregard of these rules, and the argument that there should be a national security exception to the Fourth Amendment, undermines the entire purpose of the American experiment, and restores the European-style tyrannies the revolutionaries fought against.

The more information we learn about the NSA and its operations, the clearer it becomes that its actions constitute a gross violation of the Fourth Amendment, and as more details emerge, the news is sure to get worse before it gets better. This is why FreedomWorks has partnered with Sen. Rand Paul and former Virginia Attorney General Ken Cuccinelli to sue the NSA, and demand that our right to privacy be taken seriously.