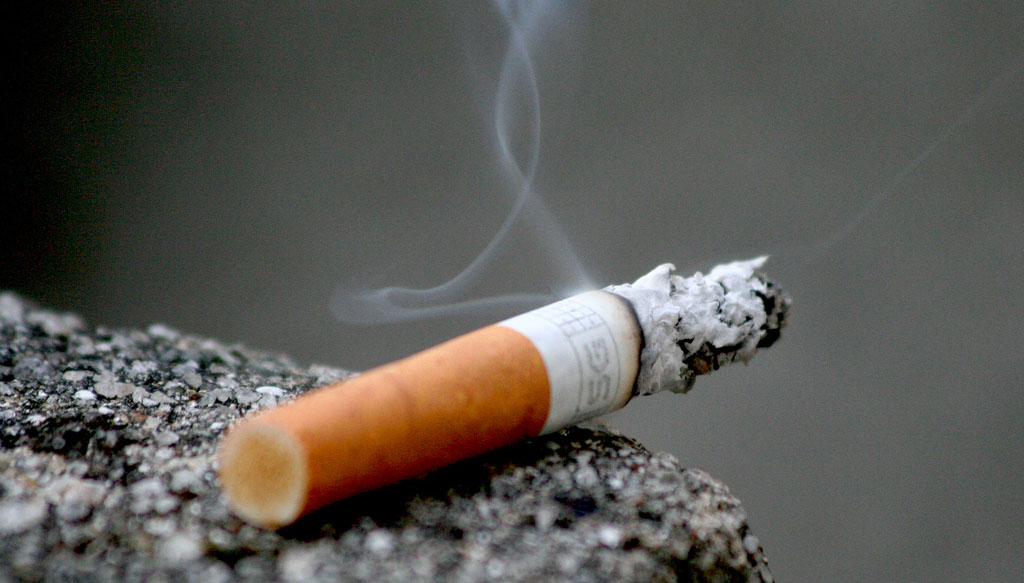 On Wednesday evening, a grand jury announced that it would not indict a New York City police officer who, in July, killed Eric Garner, a 43-year-old Staten Island resident with a history of serious health problems and father of six children. Gut-wrenching video of the incident found its way online, sparking outrage due to the tactics used by police.

The tactics used during this incident, however, aren't the only aspect causing controversy. Police suspected Garner, who had broken up a fight before being approached by officers, of selling loose cigarettes, a crime for which he'd previously been arrested. New York City's excessively high excise tax on cigarettes has had the unintended consequence of creating a black market, a point Sen. Rand Paul (R-KY) alluded to on Wednesday during an appearance on MSNBC.

"I think it is hard not to watch that video of him saying 'I can’t breathe, I can’t breathe' and not be horrified by it," Paul told Chris Matthews. "I think it is important to know that some politician put a tax of $5.85 on a pack of cigarettes so they've driven cigarettes underground by making them so expensive. But then some politician also had to direct the police say, 'Hey, we want you arresting people for selling a loose cigarette.'"

"For someone to die over breaking that law, there is really no excuse for it. But I do blame the politicians. We put our police in a difficult situation with bad laws," he added.

As Paul pointed out, New York City's total cigarette tax is $5.85 per pack (the $4.35 state excise tax plus the $1.50 local tax). State and local officials enacted the tax to discourage smoking, but the hardest hit by high cigarette taxes are the poor, who are more likely to smoke and, unlike middle- and upper-class tobacco users, can't afford healthier alternatives. A 2012 study conducted on behalf of the New York State Department of Public Health discovered that, though smoking had decreased by 20 percent between 2003 and 2010, "those with household incomes less than $25,000 had no statistically significant decline."

Though cigarette taxes in the Northeast are high compared to other regions in the country, New York is surrounded by states that have a much lower tax, making it relatively easy for smugglers to bring in cigarettes to sell at a cheaper price. There are also organized smugglers, including those with connections to terrorists groups, who import cheap cigarettes from other parts of the world for sale in the United States and the production of counterfeit smokes, which have been found to contain insects and human feces.

The effect of smuggling was also noticed in the New York study. "After adjusting for underreporting of self-reported cigarette consumption, we find that tax-paid cigarette sales capture only 55% of all cigarettes smoked in New York State," the authors noted. "This implies that New York State loses approximately $1.4 billion in revenue as a consequence of tax evasion." A separate analysis released earlier this year by the Tax Foundation showed that smuggled smokes accounted for nearly 57 percent of all cigarettes consumed.

Excessively high cigarette taxes may reduce smoking, but the policy creates a black market that increases enforcement burdens on police and puts them in dangerous situations. It also pulls resources away from investigating more serious crimes. None of this is to say that cigarette smuggling wouldn't exist if taxes were lowered, but the extent to which it does exist is a result of high taxes. And, in the case of Eric Garner, enforcement turned into a deadly situation.

The message is clear - Do NOT stand between the ruling class and its taxes. Meanwhile Timothy Geithner - a tax cheat member of the ruling class - had no issues with the police...ever. And he became Obama's Treasury Secretary...
http://www.investingforprosperity.com/eric-garner.html

West Virginia is facing two threats from big government at the state and federal levels: new greenhouse gas regulations from the EPA and a new cigarette tax hike from Charleston. Both are bad fiscal policy. Both would raise costs and harm businesses. Both need to be stopped.

It's not everyday that we get to see the hard work of free market researchers and analysts demonstrated so vividly.  That's why this post is so special.  Because, on the very same day that the Mackinac Center for Public Policy published this paper on the striking relationship between smuggling and cigarette taxes, we have this story about a man caught trafficking 193 untaxed cartons of cigarettes.

It’s not February 2nd yet, but you wouldn’t be alone if you thought this was a scene straight from the Bill Murray movie “Groundhog Day.” That’s because, once again, legislators in Olympia are proposing a rash of tax hikes to fill the growing budget gap. Despite the fact that tax hikes of the past haven’t fixed the problem, politicians seem to see no reason why more money shouldn’t be tossed at the holes in the state finances.

Barely a year ago, some legislators in Kansas tried to push through a whopping $0.75 per pack cigarette tax hike. Luckily, it didn’t pass. Even though Kansas already has some of the highest cigarette taxes in the region, the idea hasn’t gone away and Governor Parkinson is already eyeing a tax hike as he prepares his 2011 budget. That means he’s looking for funds to grow government; something Kansans can’t afford.