O Father, Where Art Thou? 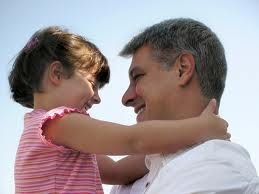 We used to hear about the single mother who worked two and three jobs to make ends meet for her and her children.  But today we're hearing more about the society of dependency that children in America are being born into, and at alarming rates.  According to the US Census, approximately 15 million children are currently living without a father in the home. That equates to roughly 1 out of 3 children that are being raised without the presence of a father.

The average income for a married couple with children is $80,000 compared to an average income of $24,000 for a single mother. Right now in America, three in ten caucasian children, 53 percent of Hispanic babies and 73 percent of black babies are born outside of marriage.  If this trend continues we will be looking at an ever increasing generation of children born into poverty and staying there.

The structure of the family is crucial to meeting social and economical needs.

While it serves as an economic advantage to have the two-parent family model, the policies of the liberal progressive movement have done nothing but undermine this structure.  They embrace the single mother as means of promoting big government solutions and a welfare state. This can be traced back to Lyndon Baines Johnson’s “The Great Society”, which was used to usher in welfare and entitlements, not for temporary use, but as permanent way of life.  Now we are seeing three and four generations of children trapped in this cycle of dependency.

The lack of a father figure in the home makes a single mother more economically vulnerable. Liberal politicians are aware of this assessment and they cling to this voting coalition every election cycle. They promise them hand-outs, but no real opportunity to lift them out of their government induced valley.

Take into consideration this haunting fact: The Congressional Research Service reported that the fiscal year of 2011 consisted of $1.03 trillion of spending for government welfare programs on the federal and state level. The report says “total means-tested welfare spending is currently the single-largest category of spending in the federal budget.” There is more spending on welfare programs than there is on Social Security, Medicare or on national defense. It serves as an imperative reminder that President Obama gutted the federal work requirements that were placed in order by President Clinton when he signed welfare reform in 1996.  Policies such as this encourage more dependency and lessen the initiative for one to find work.  Why work when the government is creating incentives for women to have children outside of marriage and who needs a daddy to provide when you have Uncle Sam?

While the economic factors of single parenthood can be a hurdle to a young child, another factor that weighs into the mix is the incarceration rate associated with single parent families.

In 2002, the Department of Justice took a survey of 7,000 inmates. It revealed that 39% of jail inmates came from single-mother families. About 46% of jail inmates in 2002 had a family member that was previously incarcerated. One-fifth of the inmates experienced a father in prison or jail.

While the devastating effects on families and neighborhoods are hard to quantify, the financial costs are not.  Imprisonment is coming at an high cost. According to a CBS report in April 2012, there is roughly 2.4 million prisoners in the United States. In the year 2010 alone, the cost of one inmate averaged $31,307 per year, which equates roughly to the salary of a new firefighter or a teacher. This comes at a cost to the taxpayer of nearly $63.4 billion a year. We are paying for this breakdown of the family on both ends of the spectrum.

The message is loud and clear: big government wants to be your babby daddy. It wants to provide for your essential needs rather than encourage the father to do it. It feels that it is the sole answer and solution to all economic and social needs.

This leads to a pressing question: “O Father, Where Art Thou?

Many of the young men that find themselves entangled in the chains of poverty and prison have lacked a strong father figure in their lives.  It’s a father’s unconditional love that not only helps his children gain financial stability and insight as they are growing up, but also allows them to treat other people in society with dignity and respect. It is easy to indulge in reckless and undisciplined behavior, but it takes courage to embrace responsibility and accountability for one’s actions.  Which do you think the current welfare policies encourage?

Government can never be a substitute for the role of a father. It can only deepen the economic and social woes that have already been inflicted upon the families. The planner's desires to create a "Great Society" have nearly stripped society of all that made it great to begin with. To turn the course we're on, fathers must take initiative and they must do it now.

I am very thankful to all your team for sharing such inspirational information.
<a href="http://www.babyschaukeltest.de">babyschaukel test</a>

I have been following this issue for while. I think the root cause is some kind of feminism. I think there is a group of folks that are so vested in womyn being independent from men that they encourage this fatherless expansion. More teen pregnancy=more empowerment. Yeah!

We can't expect young men to lead us out of this spiral. As stated, liberals and government lovers like this. Perhaps there will be cultural backlash...

This is an easily fixable problem. With all our big brother technology and DNA testing, it is simple to hold males accountable for their issue. We just have to choose to do it....

Now is the time to ressurrect "PromiseKeepers", men need to get back to responsibility and spiritual stewardship. Until they do, our families will wander in the wilderness. God help us!